The Republican Party is suffering from a pathetic leadership void.
Recent events amply illustrate the problem. Trent Lott conducted the
first in a series of 150 Republican town hall meetings around the nation
where he, Senator Abraham and Governor Engler inaugurated a 10 percent
across-the-board tax cut as a major component of the Republican
legislative agenda. Abraham said, "In this era of budget surplus,
Washington has a moral duty and fiscal responsibility to lower American
taxes." Congress budget-maven and presidential candidate John Kasich has
also been making such a tax cut one of the centerpieces of his campaign.

Earlier this week Lott and Speaker Hastert, after almost begging for
a meeting with Clinton to demonstrate reconciliation and their desire to
achieve bipartisanship (presumably at all costs), led a delegation of
Congressmen to a meeting with the President at the White House. The
Republican leaders emerged from the meeting all smiles and announced
that they believed they could work together with the White House -- as
if that's laudable. They quickly conceded that their heralded tax plan
was all but off the table.

In an apparent attempt to deflect the obvious implication that
Republicans had already caved on what had promised to be a banner issue
for them in 2000, Hastert calmly explained that a broad range of tax
reform measures were being considered: elimination of the marriage
penalty, estate tax, capital gains. But, of course, this is the same
Hastert who said revealingly last week, "When you stake out positions,
it's very tough to compromise." Keep in mind that this is the Speaker of
the House telling us that our positions on policy must be subordinated
to the "higher" goal of compromise. When are these career politicians
going to learn that getting things done for the sake of getting things
done, without regard for what those "things" are, is not a worthwhile
goal?

When candidate Kasich was questioned about this flip-flop his aide
responded that "we understand it can't necessarily be our way, but we're
happy everyone is talking about tax cuts. ... If we can't do a 10
percent tax cut this year then maybe in the future." His adviser added,
"The chances to pass anything sweeping in this Congress are limited by
the six-vote margin, and a 10 percent across the board tax cut is a
sweeping proposal." That's leadership? 10 percent is sweeping? Can you
imagine supply-side bulldog Jack Kemp in the early 1980s surrendering so
readily to the opposition when he was spearheading Reagan's 30 percent
(later 25 percent) tax cut? Had he been so anemic and malleable, the
Reagan tax cuts would have been DOA and the ensuing prosperity they
ushered in would never have occurred.

Sure it can be argued that the economic climate at the close of
Carter's term made Reagan's tax proposal more enticing to the American
people. Regardless, if Reagan hadn't truly believed in the
growth-generating potential of a comprehensive reduction in marginal
income tax rates, he wouldn't have possessed the political will nor
stamina to persevere in the face of fierce Democratic opposition.

If Lott et al truly believed in supply side economics as a
philosophical, political and moral matter they wouldn't have proposed
such a meager ten percent plan in the first place. And they certainly
wouldn't have abandoned it at the first signs of any resistance.

Whether the issue is impeachment or tax policy, the current crop of
Republican players seems more interested in appearing collegial,
compromising, civil and yes, bipartisan, than in implementing policies
based on principle.

This leadership and policy vacuum enveloping Republican politicians
could explain the curious excitement among so many of them over the
undeclared candidacy of Governor George W. Bush. Little is known about
his position on many national issues yet there is an unprecedented
willingness to embrace his candidacy sight-unseen. This is a sad
commentary on the state of our party.

Bush reportedly has formidable leadership skills, but leadership is
only part of the equation. The Republican Party must remain a party of
ideas. Without question the Republican Party is starved for leadership.
But for "W" -- or any of the other GOP hopefuls -- to unite the party
and lead it to a meaningful victory in 2000, he must prove to be a man
who has deeply held beliefs that resonate with the party's base and
around which the grass roots will enthusiastically rally.

David Limbaugh
David Limbaugh is a writer, author and attorney. His latest book is "Guilty By Reason of Insanity." Follow him on Twitter @davidlimbaugh and his website at www.davidlimbaugh.com.
@DavidLimbaugh
Rush: A loving brother and 'friend to countless Americans'
The tyrannical conspiracy to silence conservatives
The despicable denigration of Trump supporters
Resist!
Real threats to freedom still come from the left
See more...

The teacher-parent quandary: 'Do as I say, not as I do' 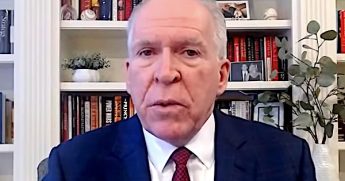 Obama's CIA chief is embarrassed by his race and gender