I've discovered what might be the root cause of many of the nation's problems. It hurts me to my heart to own up to it; but a large percentage of Americans are either misinformed, stupid or both.

You say, "Whoa there, Williams. This time you've gone too far!" Let's look at it.

Fox News Opinion Dynamics conducted a survey. On July 16, the results were reported on its website by Fox News reporter Dana Blanton. One question asked, "Some people say the government has plenty of money of its own and it should be spent on programs. Other people say that the government has no money except that which it takes from citizens in taxes. Which do you believe?"

Since government can't spend what it doesn't first take, the correct answer is government has no money except what it takes from its citizens in taxes. But what about that 50 percent of the American people who believe that government has plenty of money of its own? These are the people big-spending politicians love.

Politicians can convince these people that any elected official wanting to hold down spending for Medicare, food stamps, welfare, you name it, is mean-spirited, uncaring, niggardly and possibly a racist. After all, if government has plenty of money of its own, what else could explain why a politician would want to limit or cut government spending?

This 50 percent of Americans will always vote for the politician who calls for more spending. That's even more probable considering the fact that roughly 40 percent of all households pay no federal income taxes at all.

Let's speculate on how it is possible for such a large percentage of Americans to have a Santa Claus or Tooth Fairy vision of government. The most flattering explanation has to do with one of my criticisms of the Reagan administration, when it boasted that its tax plan removed the lowest of income-earners from the tax rolls. I disagreed because doing so would create a natural spending constituency for politicians. After all, if you pay no federal income tax, what do you care about federal spending? You might just believe that since you're receiving lots of government goodies -- and not paying anything -- that, yes, the government does have plenty of its own money.

A more worrisome explanation is there's a carefully crafted conspiracy. In order to control people, they must first be made dumb. These 50 percent of Americans, who believe that the government has plenty of its money to spend for programs, demonstrate just how successful our education establishment has been in creating Americans who can't or won't think.

I wouldn't be surprised at all if teacher lesson plans promoted the idea that government has plenty of its own money. Otherwise, how is it possible for a person to have a high-school diploma or college degree and have a Santa Claus vision of government?

I'm an optimist. I'm hoping that the Fox News survey has chosen an unrepresentative sample of the American people or made some other sampling error. But that, I'm afraid, might be wishful thinking.

Walter Williams
Walter E. Williams, Ph.D., is the John M. Olin Distinguished Professor of Economics at George Mason University in Fairfax, Va. He holds a Doctor of Humane Letters from Virginia Union University and Grove City College, Doctor of Laws from Washington and Jefferson College and Doctor Honoris Causa en Ciencias Sociales from Universidad Francisco Marroquin, in Guatemala, where he is also Professor Honorario.
COVID-19: The politicians' latest hobgoblin
Is it wrong to discriminate or show prejudice?
Poor performance by blacks: Is it due to racism or leftism?
Should blacks support the destruction of charter schools?
Discrimination then and now
See more... 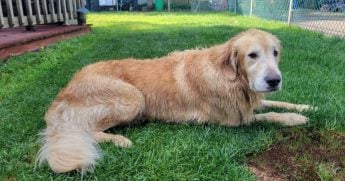 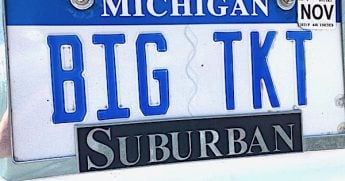