At least once a year I receive some kind of "alert" warning of the
impending government crackdown on dissidents, total abrogation of the
Constitution and Bill of Rights, and house to house collection of
trouble makers like WorldNetDaily writers and readers. As certain as
the phases of the moon, it's happening again. This latest warning
suggests as early as September 30, the Clinton cabal will unleash some
U.N. jack-booted ninjas to herd us off to government detention centers,
or worse. I don't buy it.

I don't doubt for a New York second that Clinton, Reno et al, would
like to do that. I don't even deny there may have been
discussions about it, but ... it ain't gonna happen. At least not in
the foreseeable future.

Frankly, for the good of the republic, it would almost be better if
those that would be king, tried. The reality check would be terrible.
If, under the color of authority, government were to attempt to openly
dump the Constitution, declare martial law, and herd us into detention
centers, they would soon learn that their grasp exceeded their reach.

If, or (God forbid) when, the government was to be able to
effectively disarm the citizenry, "perhaps" the anti-constitutional scum
could achieve their lofty goals. But, the reality is (at last for now),
that "if" is neither realistic nor attainable.

Shortly after the presumed fall of the Soviet Union, a group of CIA
types were visiting with their former counterparts in the KGB. During
the candid and informal talks, one of the CIA guys allegedly asked the
big question, "So, did you guys have any plans for actually invading
CONUS (Continental United States)?" That is, after all, the scenario of
nightmares and movie scripts. The Russians reportedly laughed. "Hell,
NO. Your people have too many guns."

If you choose to accept this third hand anecdote, consider this: the
Soviet Union, with its massive military might, feared a ground war in
the Continental United States with a widely armed insurgency.

Do you really think a traitorous government could expect less
resistance than an invading army? I don't think so.

In addition to the 250-million guns which still legally are owned by
Americans, there is another factor that some may call me Pollyanna-ish
about, but I really still believe it. I believe there are STILL
(despite what some consider to be a planned effort to attrite the rolls)
soldiers and policemen, who -- having taken an oath "to preserve and
protect the Constitution against all enemies, foreign and domestic" --
will do just that. Despite the atrocities of Ruby Ridge, Waco, and
Oklahoma City, I believe the Lon Horiuchi types are the exception and
not the rule.

Recently I have been involved in an effort to repeal (through a
statewide referendum) a bad gun bill that was signed by the governor of
California. Our campaign to collect signatures to put a referendum on
the ballot was admittedly an act of frustration, outrage, and
desperation. However, I have learned a great deal about my fellow
Californians in the last couple of months. Despite the presumed apathy
that anti-constitutional bastards expect, there IS a point of
diminishing return to repeated outrages. I have been awed by the
commitment, dedication, and sacrifice of thousands of citizens I do not
know, and may never have the privilege to meet. Many of these
hardworking signature gatherers are police officers, corrections
officers, and active duty military.

The threat to the republic and to the Constitution, for which it
stands, is very real. There ARE traitors in our midst. However, it is
still way too early for even a hubris-intoxicated administration like
the one we suffer, to seriously try anything as overt, draconian, and
plain stupid, as to try to abandon the very foundation of the façade
that permits them the luxury to posture.

Americans may have become complacent, apathetic, and self-centered.
However, if or when any group presumes to deny us the opportunity to
remain complacent, apathetic and self-centered, they will eventually
encounter the same resolve, dedication and commitment that revealed
itself when Captain Parker and a bunch of neighbors gathered to meet the
British in Lexington, when they tried to disarm the colonists.

The first three battles of the War for Independence were fought not
over taxation, not over representation, and not over that long list of
"usurpations" our forefathers were torqued over. Those first three
battles which sent us down the road to Liberty and Freedom, were fought
over the British effort to disarm the colonists.

"Americans have the right and advantage of being armed -- unlike the
citizens of other countries whose governments are afraid to trust the
people with arms" (James Madison, The Federalist Papers No. 46). 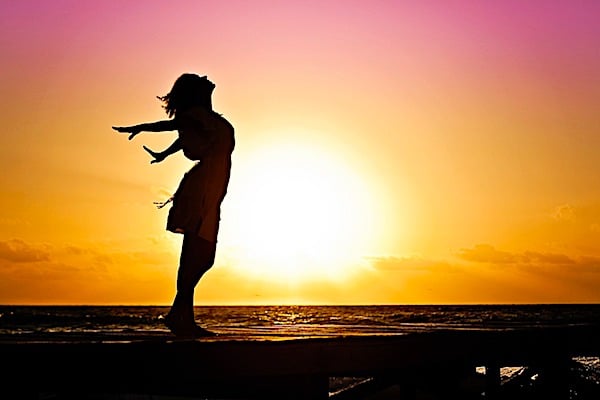