Instant obscurity: It's the most common side effect of instant
notoriety. The proverbial fifteen minutes of fame people get from
"breaking" news stories can be a harsh or rewarding experience. It can
close doors or open them; it can end careers or launch new ones. But one
thing is certain -- grab it while you can because it won't last long.

That's because soon enough the public tires of your story. After
hearing your name mentioned a thousand times a day for weeks, they begin
to shut you out, turn you away and turn you off. In America, our
attention span is little more than seconds most of the time, and we
expect our news reporters to follow us as we "move on" to the next
bombshell, the next scandal. So they do.

Every so often, however, "inquiring minds" like to know: Whatever
happened to so-and-so? How did so-and-so's court battle
turn out? What is so-and-so doing these days?

WorldNetDaily has tracked down some of the "most formerly famous"
people of the past few years and researched the events surrounding them
today: 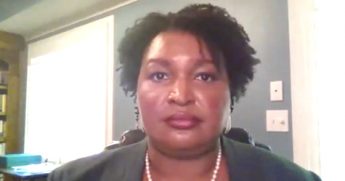 AOC: Climate change is because of 'trampling of indigenous rights'