Editor's note: DEBKAfile's electronic news publication is a news-cum-analysis live wire, online round the clock seven days a week. A weekly edition,DEBKA-Net-Weekly, is now available through WorldNetDaily.com. Drawing on DEBKAfile's unique sources, analytical talents and forward-looking insights, it is presented as a compact, intelligence-angled weekly package. It is available as a direct e-mail feed or via the Internet.

While pointing a sharply accusing finger at Iran, Israel suddenly finds itself on a high terror alert against an imminent terror threat from Iraq, timed for Jan. 15 or thereabouts.

According to DEBKAfile's military sources, Israel obtained intelligence information of an Iraqi terrorist plan 10 days ago. That information included Baghdad's relay of its plan to Palestinian leader Yasser Arafat. In response, Arafat sent his liaison man with the Iraqi regime, Azzam al-Ahmad, to Baghdad to find out the details and work out how Iraq and the Palestinian Authority could work together. Middle East sources confirm that Saddam Hussein personally received Al Ahmad to discuss operational aspects of the Iraqi plan.

In the view of American and Israeli authorities, the Iraqi president felt driven to action on behalf of the Palestinians by the exposure of Iran's involvement in the Palestinian uprising as a result of the Karin-A's interception. He aims to correct the impression that Iraq is doing nothing for the Palestinians.

Yesterday saw the sudden return to the streets of Baghdad of thousands of "volunteers" who swore to fight alongside the Palestinians in the "Al Aqsa" campaign against Israel.

DEBKAfile's military sources are taking into consideration that Baghdad could launch its terror offensive by means of the Iraqi military intelligence cells it has planted in Palestinian areas of the West Bank or through Palestinian hirelings. West Bank General Intelligence commander Col. Tawfiq Tirawi is Iraqi intelligence's senior contact in the territory. Saddam may be contemplating chemical or biological warfare, mass-casualty strikes or raids on military and strategic locations. Against this danger, security has been stepped up at Israeli aviation industries factories at Ben Gurion airport and around the country, at electricity installations and at fuel and gas depots.

Top-level exchanges between the United States and Israel are reported by DEBKAfile's political sources as currently in progress for up-to-the-minute briefings on possible developments. 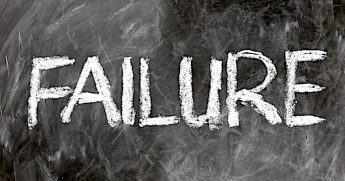