Editor's note: DEBKAfile's electronic news publication is a news-cum-analysis live wire, online round the clock seven days a week. A weekly edition,DEBKA-Net-Weekly, is now available through WorldNetDaily.com. Drawing on DEBKAfile's unique sources, analytical talents and forward-looking insights, it is presented as a compact, intelligence-angled weekly package. It is available as a direct e-mail feed or via the Internet.

U. S. Secretary of State Colin Powell came away with no illusions on where Saudi Arabia stands in the U.S. battle against terror after his talks in Morocco last week with the kingdom's de facto ruler, Crown Prince Abdullah.

Washington finally realizes that Saudi Arabia has no intention of choking off Saudi donations to the families of Palestinian suicide bombers or silencing support in its official media for the terrorist attacks.

The United States also now suspects that Abdullah and Saddam Hussein are in cahoots and that the Iraqi leader recently gave secret guarantees to the prince that Baghdad would not attack Saudi Arabia or its oil fields as long as the kingdom banned all U.S. military action, including command and control activities, against Iraq.

DEBKAfile's military sources reveal one astonishing result of the secret Abdullah-Saddam agreement. Not only did Saudi Arabia force an accelerated U.S. evacuation of the Prince Sultan air base and a halt to U.S. operations there, but it also brought out state-of-the-art American equipment from underground buildings at the key facility and dumped it in large crates in the desert to bake under a scorching sun.

Saudi Arabia's aim was to show Iraq or any spy planes in the area that the equipment was now out of U.S. reach and that Saudi forces had no intention of using it themselves. As a result, some of the world's most sophisticated electronic gear, worth $5.6 billion, is now rotting away like tomatoes in a steaming Arab souk.

DEBKAfile's military sources say the cessation of activities in the Sultan command and control center has slashed the Saudi air force's operational capabilities by more than 50 percent. Each Saudi air base now operates independently, with no central brain to guide them.

Senior Saudi air force commanders recently told U.S. officers they had raised the issue with Abdullah. He replied that at this stage in Middle East and Gulf events, the kingdom's security was best served through understandings with its neighbors, rather than by a U.S. command and control center at the Sultan base.

Abdullah pledged that as time went by he would budget the necessary funds to build a new center. The crown prince said nothing when the officers replied there was no need for a new facility when quite simply the crates could be opened and the gear reactivated.

DEBKAfile's Gulf sources believe Abdullah fears the United States could gain remote access to the equipment if it is switched on. He believes that U.S. control and surveillance networks in Oman and Kuwait, and now also in Qatar, as well as those aboard U.S. aircraft carriers in the Gulf, could access information in the system and track Saudi air force activity.

For all these reasons, Abdullah's official visit to George W. Bush's Crawford, Texas, ranch on April 25 is likely to be one of the most important and decisive events of his presidency.

The crown prince's decision to shut Sultan air base to U.S. forces -- and the manner in which the evacuation was carried out -- marked the first time in Saudi Arabian history that it assumed sole responsibility for its own security. Riyadh appears to have discarded the U.S. umbrella that protected the kingdom, its oil fields and the royal family for more than 60 years.

The Crawford summit will have to address five of the most sensitive questions in contemporaneous U.S.-Saudi relations:

Saudi Arabia, and Abdullah in his talks with Powell, promised to not be a party to an embargo. But DEBKAfile's sources in the Gulf doubt the Saudis will stand up to pressure from Iraq, Iran, the Palestinians and Venezuela to declare at least a one-month oil embargo.

Chances are good that in the next 10 to 14 days, when Israel launches another major retaliation for a Palestinian terror attack, Saudi Arabia and Venezuela will declare a 30-day oil embargo. Should Israel hold off, Saudi Arabia would in turn be able to postpone its declaration of an embargo until after the Bush-Abdullah talks. 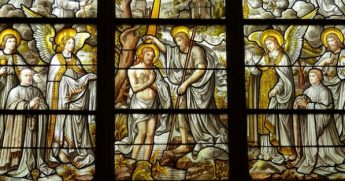