The latest nut-ball notion originating in California – and threatening to make its way across the country – is the "sob story sweepstakes" as a basis for university admissions. The most prestigious campuses in the University of California system, including Berkeley, UCLA, San Diego, Davis and Santa Barbara, now give special weight to candidates who've faced intense hardships at home or at school.

Each university provides its own special twist to this innovative approach. At UCLA, an applicant receives extra "points" to supplement his academic credentials if he's suffered a life-threatening illness, been involved in a serious accident, or become the victim of a shooting. At UC Davis, students earn up to 250 extra points for "perseverance" – meaning they've faced family disruptions like divorce or desertion, poverty, abuse, poor health or life in certifiably "dysfunctional environments." At Berkeley, good grades and test scores count for more if they've been earned at a poor high school, especially if it's riddled with crime, gangs, dropouts and drugs.

Admissions officers, in other words, actively discriminate against applicants who are tasteless enough to have grown up in solid, loving, prosperous homes. The Associated Press spoke to one student from Orange County with a high-school GPA of 4.0, SAT scores of 1300, and service as a student mentor and a varsity sportsman – but got turned down at all three University of California campuses to which he applied. "If my parents would have been divorced, I would have gotten in," he sighed.

The lunacy behind this current situation is so grotesque that, even in today's degraded academic environment, it stands out as outrageous. The California bureaucrats want middle-class parents to understand that they've been chumps with all their hard work and sacrifices to give kids the advantages of pleasant, stable home environments – since those advantages will now count against your child in the admissions process.

This new policy might have produced particularly bizarre results if it had been applied to my own family's educational history. My parents' marriage finally broke up after 28 years, and after their three oldest boys had already begun or finished college. Only my youngest brother, Harry, applied to UCLA after our parents split up. Under the new standards, he would have received more favorable consideration than his big brothers.

Considering the desperate intensity often involved in competition for choice spots at selective universities, it's not out of the question that in the future some impassioned parents will get divorced for the precise purpose of helping their children win college acceptance. They could also assist the kids by getting arrested, moving to a dicey neighborhood, or beating up the children severely enough to require hospitalization. Anyone who believes that it's unthinkable that parents might stage such stunts to give their offspring an edge in the fiercely fought admissions battle doesn't understand the desperation that often infects the homes of high-school seniors hoping to enroll at top universities.

The new rules, of course, represent a twisted attempt to get around the decision by California voters to ban race-based preferences and quotas. By giving special boosts to students from single-parent and divorced homes, by conferring unique advantages to crime victims and graduates of overcrowded schools, the admission officers mean to include more black and Hispanic candidates. So far, the strategy seems to be working – with system-wide admissions of "underrepresented minorities" reaching 19.1 percent for the coming year, a figure even higher than the 18.8 percent in 1997, the last year of affirmative action.

The problem, of course, involves the obvious and appalling distortion of free competition in the name of some abstract ideal of "fairness." In choosing members of varsity football or basketball teams, would it make sense to give special advantages to less-talented candidates who came from unathletic homes, or high schools without top sports programs, or who experienced crippling injuries early in life? Sports fans would never tolerate such idiocy, because we take our athletics seriously enough to demand that we consider only on-field excellence. It makes no sense to treat medical or legal or architectural or accounting or academic excellence as less consequential than athletic performance. In the business world, should we grant promotions based on the hard-luck stories of various candidates, or consider only their productivity and ability to help the company?

The whining competition in the California admissions process represents the latest development in our national tendency to glorify victimhood. Groups and individuals engage in fierce struggles over who's endured the most suffering, the greatest misfortune, and who is therefore most richly entitled to excuses, special treatment, national sympathy, pardons and reparations. Yes, Americans have always celebrated those who triumph over adversity, but in the past we've proudly emphasized the triumph, not the adversity. The new focus on hardship, even among students privileged enough to dream about outstanding universities, illustrates the pervasive self-pity that paralyzes our present and poisons our future.

Click here to listen to Michael Medved's radio show over the Internet between 12 and 3 p.m., PST. Visit Medved's website. 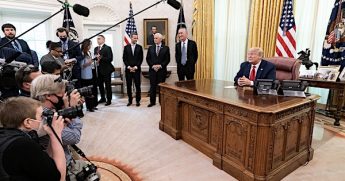