If Republicans thought that tossing Trent Lott off the sleigh would slow the pursuing wolves, they were mistaken. The moral shakedown of the GOP, for Lott's sin in telling 100-year-old Strom Thurmond he would have made a great president, has only just begun.

On Dec. 27, Al Sharpton got the meeting he had demanded of Lott's successor, Sen. Bill Frist. From the report by James Lakely in the Washington Times, Al laid down terms of surrender.

"I told [Mr. Frist] that this could be an opportunity for the Republicans to clarify themselves. They should not take Sen. Lott's decision to step aside as a sign that the concerns of the black community have stepped aside." Translation: "We want more!"

Note the unstated claims behind this extortion demand. First, Al is asserting a right to speak on behalf of the "black community." Second, he is acting as though the GOP is under moral obligation to him. And Al emerged from the Frist negotiations with concessions. Frist agreed to meet with the Congressional Black Caucus to hear its concerns about President Bush's legislative agenda and judicial nominees.

Sharpton's assertion of moral hegemony extends to Lott, to whom Al gave conditional absolution. I will be watching Lott closely, he told the press, and I will determine whether or not Lott's "epiphany" on Black Entertainment Television – where Lott said he now supports a Martin Luther King Jr. holiday and affirmative action "across the board" – was genuine. "He [Lott] could be an interesting advocate for affirmative action in the U.S. Senate."

Members of the press must have been holding their sides laughing. When they threw up the defiant remark by Sen. James Inhofe that he rejects the idea that "if you're not for the Democrats' liberal social agenda – then you're a racist," Al backhanded Inhofe.

"That is an arrogant response to people who have engaged in the civil-rights struggle," said Al, and returned to his "cordial conversation" with the main man, Bill Frist.

A coming test of whether the GOP is truly repentant for Lott's sin and earnestly seeking to extirpate racism from its ranks, said Al, is whether the Senate dumps five Bush judicial nominees: Terrence Boyle of North Carolina, Jeffrey Sutton of Ohio, Carolyn Kuhl of California, Priscilla Owen of Texas, and Charles W. Pickering of Mississippi, a friend of Lott.

Wade Henderson of the Leadership Conference on Civil Rights charges all five with having "records of deep hostility to core civil-rights principles." Sharpton agrees that whether the GOP Senate dumps the five will be a measure of whether their conversion, post-Lott, is authentic.

"[Republicans] can use this as an opportunity to show that there is a genuine attempt to address these concerns, or whether they were just trying to toss one guy over the side and let the ship sail in the same direction."

Let me concede: One has to admire the chutzpah of Al Sharpton. For who is this character laying down demands to the president's party and the U.S. Senate? Let's look at the record.

Rev. Sharpton is not some civil-rights hero who was bloodied at Selma Bridge. He is a Harlem hustler, the linchpin of the infamous Tawana Brawley hoax of 1987. That black 15-year-old accused several white men, including Duchess County, N.Y., Assistant Attorney General Steven Pagones, of kidnapping and raping her. A grand jury found Brawley to be a liar. Al was sued and ordered to pay a share of $345,000 in damages for the defamation of Pagones.

Al was also chief incendiary in the Crown Heights incident in Brooklyn, where, after a fatal traffic accident involving a child, a Hasidic Jewish scholar, Yankel Rosenbaum, was knifed to death on the street. Al was the demagogue who denounced "white-owned" Freddie's Fashion Mart in Harlem, which was burned to the ground, with seven dead inside. When a jury acquitted four white officers in the shooting death of Amadou Diallo, whom police thought had pulled a gun, Sharpton was there to stir up mob protests.

Does Al play the race card? Of course he does, because Al has no other card to play. The real question is why does the majority leader of the U.S. Senate feel he must meet with a racial demagogue and shakedown artist from Harlem who cannot deliver to the GOP a single vote? Is the Republican Party that full of guilt?

Is the GOP really in need of moral absolution from Al Sharpton?

Patrick J. Buchanan
Pat Buchanan was twice a candidate for the Republican presidential nomination and the Reform Party's candidate in 2000. He is also a founder and editor of The American Conservative. Buchanan served three presidents in the White House, was a founding panelist of three national TV shows, and is the author of 11 books. His latest book is "Nixon's White House Wars."
Biden's America: One nation, or us vs. them?
D.C.: Now, the left owns it all
The lynch mob comes for citizen Trump
Exploiting the Capitol riot to kill Trumpism
Jan. 6: The worst of days for Trump & Trumpists
See more... 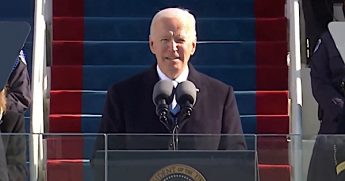