A greatly expanded Group of Eight – G8 – opened Sunday in Evian, France. The G8 was begun in 1975 with five countries meeting with the purpose of guiding global economies in a post-gold world as a result of President Nixon taking the dollar off the gold standard in 1971. Twenty-seven years later, it has eight members: the United States, Canada, Great Britain, France, Germany, Japan, Russia and Italy. Russia just became a full member at this meeting. During the last quarter century, the functions and oversight of the Group of Eight Heads of State have come to function like that of a "Global Board of Directors" for the world.

Furthermore, the Group of Eight has added a ministerial level or "global cabinet." Each member of President Bush's Cabinet now meets with their G8 counterparts. They work alongside each other helping to carry out the directives of the Heads of State and to form their own areas of oversight. For example, leading up to this meeting, the G8 foreign ministers, the G7 finance ministers, the G8 justice and interior ministers, and the G8 ministers of justice and home affairs all met at various times during the month of May. Each issued their own statement of their meeting which reflected current and future goals and objectives.

In an interview with Dr. John Kirton, who heads up the unofficial secretariat of the G8 at the University of Toronto, he explained that there is a new G8 structure evolving in the 21st century. One of the questions I asked in the French press briefing had to do with the fact that for the first time in G8 history, all five of the permanent members of the Security Council are in Evian. Therefore, was the veto going to be changed to a vote among members? The French spokeswoman for President Chirac assured me that it would probably come up, but that the decision would not be made at the G8 level.

Dr. Kirton has another view. He told me, "It is the Group of Eight that is replacing the Security Council as the center of global governance." Pointing to the ministerial level, or as I call it the "global cabinet," he said that they began in the 1980s as stand-alone ministries. Then because there were no global organizations in the areas of environment, employment and terrorism, the G8 added those ministries. In the 21st century, the G8 further expanded the ministerial level by adding one for development. Obviously, you don't need to worry about a veto in the G8, because everyone votes! This, then, explains what we saw within the Security Council with regard to Iraq. Britain and the United States went to war as sovereign countries while Russia sided with France against going to war. Thus, global democracy at its finest!

This year with the French G8 presidency, a number of other lesser-developed countries were invited in an effort for the rich developed countries to reach out to the poorer countries: Egypt, Algeria, Nigeria, South Africa, Morocco, Saudi Arabia, Mexico, Brazil, China, India and Malaysia. In addition, U.N. Secretary-General Kofi Annan and the heads of the World Bank, World Trade Organization and International Monetary Fund are also present.

Last year was the first year for Egypt, Nigeria, South Africa, Senegal and Algeria. They now are part of the New Economic Partnership for African Development, or NEPAD, begun in 1999 by President Clinton, who also passed legislation to help develop trade in Africa. These countries have volunteered to be accountable to the G8 in order to obtain economic help and revitalization for their countries. It is anticipated that there will be greater G8 inclusion of lesser-developed countries. Possible new G8 members include Brazil, Mexico, Saudi Arabia and India. While China is an important player, it does not appear that it will be a G8 candidate soon since it still embraces communism.

Another observer of the G8 process is Sir Nicholas Baynes, who has a long and involved history with the Group of Eight, having been responsible in the 1980s for the preparation of several meetings England hosted. Sir Nicholas explained that the main focus of the G8 has been moving away from "the mainstream economic issues that were the original rationale-macro-economics and the international monetary system." He said that the G8 is "focusing more on international policy where politics and economics are closely bound together."

To try and understand how broad and deep the agenda of the Group of Eight has become, all one has to do is understand that the goals and objectives of the United Nations at the Earth Summit in 1992, the Social Summit and the Fourth Women's Conference in 1994, the Habitat II Conference and the World Food Summit in 1996, the Millennium Summit in 2000 and the Financing for Development and the World Summit for Sustainable Development in 2002 are the goals of the Group of Eight.

The G8 is also concerned about threats from al-Qaida. As a result, the G8 ministers of justice and home affairs have been implementing a number of measures to exchange information between specialized intelligence services and the strengthening of political cooperation around the world. In addition, they have been able to set up an around-the-clock network to cooperate globally in high-tech criminal and terrorism investigations, a goal that dates back to the 1996 G8 meeting in Lyon, France. They are also working to develop a common framework and standards within the International Civil Aviation Organization on Biometric Applications for International Travel. In conjunction with this, the U.S. sponsored the 2003 Government Biometrics Workshop in February in Arlington, Va.

In 2002, the Group of Eight established the Global Partnership Against the Spread of Weapons and Materials of Mass Destruction to keep nuclear, chemical, biological or radiological weapons out of the hands of terrorists. While I could add many more items, organizations, groups and mandates, one can clearly see that there is a new evolving G8 structure. Is there a deeper integration between the nation-states of the world? Yes. Call it globalization, interdependence or integration; the bottom line is the Group of Eight is taking up where the U.N. and Security Council have left off.

Joan Veon is a certified financial planner and is president of Veon Financial Services, Inc., an investment advisory firm. She is in Evian, France, covering the G8 summit. Visit her website, WomensGroup.org. 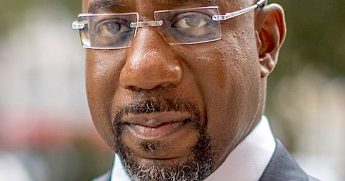