Editor's note: The following column refers to language which will be offensive to some readers.

Poor Jessica Simpson. She's under attack both from starchy conservatives and from degenerate DJs, such as Howard Stern, who – believe it or not – voice the same complaint against the buxom, toothy pop singer.

Howard puts it bluntly: "Why does she have to act dumb as f---? ... It's embarrassing to females everywhere ... besides ... there's nothing sexier than an intelligent woman."

Don't get me wrong, I liked the old scrappy Howard Stern – the self-deprecating Shock Jock who refused to pander to political correctness. Starting with himself – his manhood in particular – Stern is ever willing to have a go at the halt and the lame, the plain dysfunctional, the retrograde, the racist, the Jews and the blacks – no one escapes his parodying.

If Simpson (who is nowhere as horrible as Britney Spears) is to be disparaged, it should be for having little aptitude for what she does: music. The same accusations should be leveled at Jewel, Mandy Moore, Pink, Avril Lavigne, Beyonce, J.Lo, and just about all members of the Boobs and Booty Brigade. Most female "entertainers" today have no musical talent, and are distinguished only by the quality of their main stock-in-trade: T & A.

But who cares about music, right? With few exceptions, pundits are incapable of commenting about the ensemble of notes that makes music fine or foul. They prefer to deliver the dreary and lazy "It's-the-social-message, man"-type verdicts.

The prissy tradition of demanding that celebrities be role models is usually reserved for conservatives. For Howard to be beating his breast about Simpson's silliness, and charging her with somehow failing her sex, is a joke. In all likelihood, what upsets Stern about Simpson is not the "Doh!" factor, but her lack of sluttiness.

At any rate, what I observed of Simpson and her husband Nick Lachey, on the MTV reality show "Newlyweds" was funny, and at times even tender. Sure, Jessica is no genius. But I saw no evidence that she was any more of a klutz than those in the constellation of Hollywood flesh-creeping cretins. And whereas a Britney is typically repulsive, stupid, sly, cheap and dopey looking, Jessica is simple, cute and straight forward.

So the girl failed what are apparently two important American IQ indicators. She thought the "Chicken of the Sea" tuna fish brand was actual chicken (it's a pretty dumb name). Her other offense is too awful to repeat, but relates to Buffalo wings. Being a little switched-off myself, I'm not sure what these appendages are; even less do I understand the significance of misidentifying them. I do think it's funny, though.

Simpson's husband is chuckling too – he's lighthearted and loving with her. Any woman who has been teased kindly for her quirkiness can see that the boy, (unfortunately also a useless artist), jokes with the girl gently.

He is also chivalrous. The young man actually went on "The Howard Stern Show" to defend his lady. At least so it seemed, because he spoke of little else, and emerged, as after a joust, soaked with perspiration. Howard belittled the lass, predicted divorce and tried to extract prurient details about the young couple's sex life. Like the Marquis de Sade might, he urged them to have the kind of sex I never knew heterosexuals engaged in until I arrived in North America (don't tell me this too is an American IQ index.)

All of which Lachey, who is plenty witty, responded to elegantly. The trick here is to detect real vs. phony displays. The story of the couple's romance and marriage emerged despite Howard's brow-beating. Lachey spoke with affecting frankness about his wife's religious background, her refusal to have sex before marriage, and his commitment to honor that. Why hadn't he pushed Simpson to "give it up," Howard demanded. "I knew she would never have forgiven me," the former sports-medicine student said simply. He also said he knew full well he had a woman-child on his hands, but she was also a good person and the woman with whom he wanted to be forever after.

Who knows? If this couple's marriage survives Hollywood – where you stay wedded only as long as the partner turns you on – they may laugh one day with their children about mom's goofy ways. After all, kids love a funny mommy.

It has been suggested that Simpson, a successful, financially secure woman, aspire to be more like the "brainy" babes at Fox News. What an unkind thing to wish on her! Research has shown that the more you watch Fox News, the more likely you are to believe that WMD have already been found in Iraq and that Saddam and Osama planned Sept. 11 together. In other words, Fox makes you more stupid.

It's debatable whether the network's GOP Groupies are good for womankind, let alone mankind. On the other hand, Jessica's goofs have at least been very good for sales of "Chicken of the Sea" tuna fish. 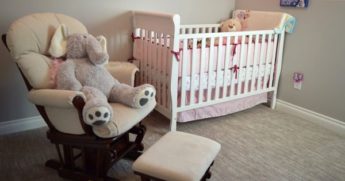 Woman missing for over 50 years FOUND