Rep. Tom Tancredo, R-Col., is calling for a White House probe into high-ranking federal Homeland Security authorities in Texas who publicly reassured illegal aliens and their backers they have no plans to enforce federal immigration laws anytime soon.

Tancredo, head of the Congressional Immigration Reform Caucus, responded to statements by Bureau of Immigration and Customs Enforcement Agent in Charge Joseph Webber, and Rep. Gene Green, D-Texas, who called a special meeting, attended by about 400 people.

At the meeting, they announced they had no plans to arrest, deport, or hassle the scores of aliens illegally living and working in the Houston area, according to the Houston Chronicle.

"The fact that an administration official and a United States Congressman, would take such pains to publicly assure people that they have no plans to enforce the laws they are sworn to uphold is, simply put, mindboggling," said Tancredo, "and they owe the American people an explanation."

Tancredo said if "regional bureaucrats at the Drug Enforcement Agency called a special meeting in a neighborhood infested with crack houses or cocaine dealers to assure the general public that they had no plans to enforce federal narcotics laws, heads would roll – and rightly so."

"The job of federal immigration authorities is not to assure illegal aliens they can work and travel without fear of arrest or deportation," said Tancredo, "President Bush should make it clear that these statements do not reflect the official policy of the administration, and immediately take appropriate action to discipline Agent Webber."

"Their job is to protect this nation and it's citizens not to make life easier for illegal aliens and their advocates – irrespective of the political power they wield in some cities or states." Tancredo said.

The congressman has said he believes President Bush's plan to allow millions of illegal aliens to remain in the country will not pass Congress, but he fears his colleagues will open the door wider for illegals.

"If something comes out of this Congress, it'll be worse," Tancredo told Joseph Farah's WorldNetDaily RadioActive in January, noting Democrats want to make it even easier for illegals to stay in the United States, and many Republicans would support them.

Bush has proposed sweeping changes that would allow the 8 million to 12 million illegal aliens thought to be in the country to remain if they have a job and apply for a guest-worker card. The immigrants could stay for renewable three-year periods, after which they could apply for permanent legal residence.

Bush: No blanket amnesty for illegals

"Illegals: The Imminent Threat Posed by Our Unsecured U.S.-Mexico Border" 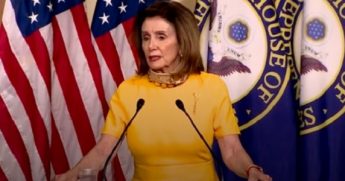