National Public Radio is being criticized for canceling a scheduled interview with an anti-evolution high-school biology teacher while allowing a pro-evolution teacher to appear on the program.

According to the Seattle-based Discovery Institute, which accuses the radio network of "censorship," NPR canceled invited guest Roger DeHart "just hours before airing a program discussing the teaching of evolution." The teacher was to appear on the May 21 edition of the "Science Friday" program.

As WorldNetDaily reported, DeHart received national attention in 2000 because his school district in Burlington, Wash., forbade him from presenting in the classroom scientific evidence critical of Darwinian theory.

DeHart was originally slated to appear along with a Texas teacher who opposes the critical examination of Darwinian theory in public schools, Discovery Institute says.

As of yesterday, NPR's website still listed DeHart as having been a participant in the program.

The network's Web promotion for the show said: "Should intelligent design – which says there is scientific evidence that an intelligent being designed the species – be taught in science class? We'll talk with two teachers."

NPR lists Robert Dennison, a biology teacher at Jersey Village High School in Houston, as the pro-evolution teacher that appeared on the show.

"I wish I'd been allowed to present my side of the story," said DeHart in a statement. "The teacher they had on made false claims such as Discovery Institute wanting to weaken the teaching of evolution. Nothing could be further from the truth, but NPR listeners will never know that because NPR only presented the one side."

According to DeHart, the producer who pre-interviewed him for the show said she was an atheist and insisted that scientists who are critical of evolutionary theory are merely promoting religion.

"The censorship of DeHart is just another incident in a long list of biased reporting by NPR in what seems to be a campaign of misinformation about criticism of Darwinian evolution," said Dr. John West, associate director of Discovery Institute's Center for Science and Culture. "NPR has a history of presenting only one side of the issue, or misrepresenting critics of Darwin when their point of view is included."

When DeHart was targeted in 2000 by the American Civil Liberties Union for his in-class criticism of evolution, he was muzzled – forced to clear all of his teaching materials with the school board's curriculum committee.

"If something in science suddenly becomes so sacrosanct that you can't question it, then it ceases to be science," said DeHart at the time. "I don't even want to teach creationism, I just want to teach the flaws of Darwinism."

NPR did not respond to a request for comment by press time. The network can be contacted via this webpage.

"The Case Against Darwin"

"Tornado in A Junkyard: The Relentless Myth of Darwinism" 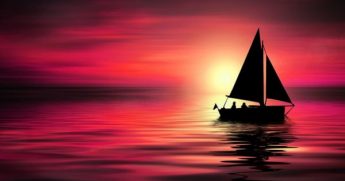