What is the purpose of interrogating captured terrorists? If it is to improve diplomatic relations with our enemies, then I understand Sens. McCain, Warner, Graham and the Democrat colleagues and their quest to pamper those who withhold life and death information. Their logic, I'm guessing, must be more lives will be saved due to the diplomacy of softball interrogation than the information garnered from hardball interrogation.

This is where I differ from Democrats and the above-mentioned Republican senators. I have always assumed the underlying reason for interrogation was to extract information from the suspect/detainee/terrorist for the purpose of saving lives and defeating our enemies. If that were the case, we would all be focused on developing the techniques needed to accomplish those goals.

I have spoken with many interrogation experts, some currently in the field and some retired. They tell me that using "carrot and stick" techniques are effective but very time consuming. For instances where info isn't time critical, I'm all for this; however, we should agree never to tell anyone what our info extraction techniques are, ever! Why? We don't want our enemies to be trained to thwart our interrogations. My assumption is the life and death game we are engaged in demands secrecy. It's an advantage we can't afford to give away.

I see certain parallels between police work and the war on terror. For instance, think about the rules of engagement for our police and what is considered "reasonable force" when acting in self-defense. It is generally understood anyone can use reasonable force to protect themselves or others, or to carry out an arrest or to prevent crime. And, as a general rule, the more extreme the circumstances and the fear felt, the more force you can lawfully use in self-defense.

Preventing a crime is considered a worthy goal in police work. Can't the same be said in a war against terrorists?

This is how I believe interrogators should be judged: The more valuable the information held by a suspect/terrorist, the more pressure can be exerted to extract the information. If a suspect knows who stole Judy's purse, let's not bring in Jack Bauer, lock the doors and turn off the cameras. But, if a suspect has information about a plot to fly a jet into a skyscraper on a beautiful Monday morning, then an interrogator's job, his mission, his goal, is to do whatever is necessary to get the information out of the person in custody to prevent that crime/act of war.

To me, that's reasonable. Preventing mass murder is moral. Failing to do so is immoral. That's why you allow police to kill a man who says he will kill the hostage he is holding if his demands aren't met. Saving lives has always been protected by the law. It's the moral thing to do.

Let's say two kidnappers have taken your 6-year-old daughter, just snatched her while she was at recess. One of the kidnappers is caught at the local hardware store. He just bought an ice pick, a saw and a big 'ol hammer. He has a history of pedophilia and murder as does his best friend, who is holding the girl.

To my way of thinking, this isn't a moral dilemma. It's an emergency. The police are to get the information they need to save an innocent child's life. If that takes playing Britney Spears music, sleepless nights, hot and cold temperatures, a growling leashed dog and dunking this monster's head a few times in a tub of water, fine by me. Use the techniques that work. And when it is all over, give a medal to those who worked to prevent the child's murder; don't prosecute them.

We have police to stop bad guys. We have intelligence agencies to stop bad guys. Why not just ask them what they need to do their jobs? The tools we give them to do their jobs, in my opinion, should not be burdened with the dual purpose of demonstrating our kind-hearted nature to the people who mean us harm. My gut tells me anyone who would rape a 6-year-old, cut off an innocent civilian's head, or fly a jet into a skyscraper might better respond to the threat of violence that the threat of good cheer.

But, that's me thinking the purpose of interrogations is to gather information needed to save lives.

I'm quite certain there are data proving a pedophile's perverted lust will not be diffused with additional time with his victim, nor will the fanatic rage of an Islamo-fascist cool with warm-fuzzies. Try talking a heroin addict out of his/her next fix. Offer them candy, roses, smiles and rainbows– anything you can think of that demonstrates your good heart and intentions. Any drug counselor will tell you it is a waste of time. An intervention is what an addict needs, just like with a pedophile or a terrorist hellbent on mass murder.

See, that's the problem. In the good old days, your common everyday soldier didn't have a clue where the next bomb strike would be. Think of the Geneva Conventions as a union bargaining for basic rights for everyday workers/soldiers. The Geneva Conventions were never intended to cover POWs who knew where the Doomsday Machine was and what time it was set to go off.

The Geneva Conventions were intended to set standards for civilized behavior in a time of war, not to give one side an advantage. President Bush has flatly said we have gained information from captured terrorists that have saved lives. What's the hurry to abandon what is perhaps the only government program that works? We finally find one program that works and Democrats plus McCain, Warner and Graham can't wait to scrap it.

And have you noticed those who "defend" McCain's views on the treatment of captured terrorists focus on McCain's biography? Their main point is always, "McCain has served in a war; the president has not." That isn't an argument – that is a technique to avoid making an argument. Again, both sides must be clear as to the purpose of interrogating captured terrorists. Soft diplomacy or hard intelligence?

As for the police who have one of the kidnappers of your daughter, let's be honest. If we do not give them the tools, leeway and permission to do whatever is necessary to prevent her brutal murder, we are a society not worth saving. The message sent to our enemies that we will not do everything to defend and protect ourselves is far more harmful than anything of concern to John McCain with regard to our current techniques of interrogation.

The fact is the only torture of consequence today is the tortured logic of those who argue against giving our interrogators the tools needed to keep us safe. Interrogators and interrogations are not tools of diplomacy; they are the means to gathering live-saving information.

Let's vow only to use interrogation tools that work and are reasonable given the circumstances. And then never tell our enemies what those tools are.

Self-defense and self-preservation are moral, human instincts. Let's not over-think this thing.

"Don't Tread on Me: A 400-Year History of America at War, from Indian Fighting to Terrorist Hunting" 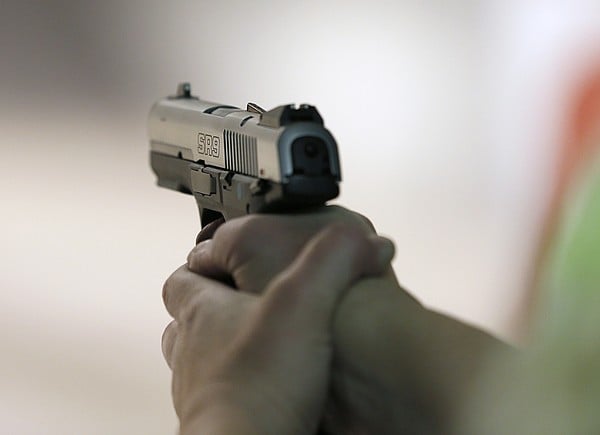