Another school has been "teaching" Islam by having students study and learn Muslim prayers and dress as Muslims, and a lawyer who argued a previous dispute over this issue to the U.S. Supreme Court said such methodologies wouldn't "last 10 seconds" if it were Christianity being taught.

"Would it have been 'just cultural education' if students were in simulated baptisms, wearing a crucifix, having taken the name of St. John and with praise banners saying 'Praise be to Jesus Christ' on classroom walls?" asked Edward White III, of the Thomas More Law Center.

His comments came after a new protest arose in Nyssa, Ore., where one parent raised objections when the Islamic teachings came to light. The district there, according to Supt. Don Grotting, is teaching a chapter in a history textbook "Journey Across Time" that talks about "how civilization has developed and some of the particular aspects of Islam."

"We teach out of the book, and there are some supplemental class activities," he told WND. "The kids do some skits, they could bring a food from the region, you could build a prop that would have depicted (something) maybe during that time period.

"If you wanted to you could dress up (as a Muslim) for extra credit," he said.

He said students also learned about the climate of the Middle East, the food and everyday activities of Islam, and the geography and the lay of the land.

Still another assignment was to learn the "five pillars" of Islam, study Ramadan and listen to guest speakers including an American Muslim who arrived dressed in her religious costume to talk to the kids about her Quran.

"She relayed to the kids, if you're a Christian you have your Bible, this is our Quran," Grotting said.

Parent Kendalee Garner, however, objected to having her son being taught Islam and also to the time the public school system spends on the subject.

She told WND that her 13-year-old son is being "indoctrinated that Islam is a religion of peace, and being dressed up as a Muslim, being taught prayers, and scriptures out of the Quran."

"I just don't understand the ban on Christianity but Islam has free rein," she said.

She said the guest speakers and skits and reports were wrong, but what set her off was a class in which students in all three social studies classes dressed in traditional Islamic outfits.

"The only reason I knew about it was because my son told me about it," she said. "They sent him to the library instead of stopping what they were doing. I'm sure people would be outraged if they dressed up as the pope."

That was White's point exactly.

If that's how teaching about religions is done, he said, "then teach all religions in the same way, Christianity, Judaism. Have the kids study Native American religions, do the dance, smoke the pipe. Have the kids dress up as priests and hear confession."

He said when he suggests that, school managers and even judges get that "panic-stricken" look.

He knows because he argued the same dispute up to the U.S. Supreme Court after complaints of similar teachings in the Byron Union School District in California.

As WND has reported that case was almost a duplicate. Teachers were having students memorize Islamic prayers, wear Islamic dress and learn to behave as a Muslim under the guise of studying history.

Some parents objected and their resulting lawsuit was turned back by the 9th U.S. Circuit Court of Appeals where the opinion called it "cultural education."

The U.S. Supreme Court last week declined to intervene, but lawyers note that's not necessarily an endorsement of the court; it just means the justices will not review the dispute at this point.

White said he actually challenged the 9th Circuit to write its instructions in a detailed opinion, so schools would know exactly what's required. However, he said the court brushed him off with a three-paragraph ruling that essentially boils down to one district judge saying it's okay in one school district.

"Why is it okay to teach Islam? Unless there's an exception in the Establishment Clause, which says you cannot teach religion in schools unless it's Islam," he said. "I haven't seen it."

Grotting said the course has been taught for several years, and comes mandated by the state under a set of required standards – called Benchmark 3 – that students must reach each year.

Grotting acknowledged to WND that textbooks do "take a slant" on some issues, because publishers "are wanting to sell a textbook that is meeting the needs of the state and federal mandates."

"I believe we're not here to promote or advocate either religion or politics," social studies teacher Jim Casad told the Ontario, Ore., Argus Observer. "However, we do have an obligation to inform students of what is going on in our world today and how history and culture have affected that world."

In the California case, school officials also blamed the "possible cant" of the textbook and said the Islamic studies were being taught because of state mandates.

"It is imperative that our instruction includes an understanding of and insight into all cultures and a tolerance for the diversity found in the world," said Peggy Green, the Byron Union School District superintendent, at that time.

A review online of information from the text shows that it teaches Christianity spread because "it gave meaning to peoples' lives, appealed to their emotions and promised happiness after death."

Its description also focuses on Christians' conflicts with Rome (when they were fed to lions), and splits between Christians following Roman teachings and those following the teachings of Constantine.

However, the article praises how the Muslims founded the system for banking, created important centers for learning, government and the arts, how they ran "government, society and business" and made valuable contributions in math, science and the arts.

The text also credits Muslims with inventing algebra and chemistry as well as creating beautiful buildings, citing the Taj Mahal, although the text does not mention that that is a tomb.

There's also no mention of the Quranic instruction that Muslims must behead infidels, or nonbelievers.

One blogger said Christians should think strategically on such issues.

"Cases like this present Christians with a golden opportunity to introduce elements of religious teaching back into the state curriculum by using the left's double standard towards Islam against it," said one commentator. "Now that this case is on the books in the Ninth Circuit as precedent, expect Christian immersion classes to follow."

THE PROBLEM WITH ISLAM: And what Americans need to do about it

"The Politically Incorrect Guide to Islam (and the Crusades)"

"The Life and Religion of Mohammed": Learn the ugly truth 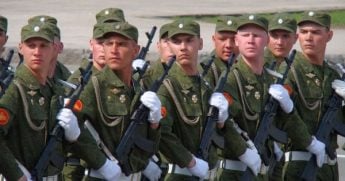