The state of Kansas assembled evidence supporting 30 criminal counts filed against Wichita abortionist George Tiller, but the local district attorney intervened to have the charges dismissed, claiming she doesn't support prosecution of the case.

The complaint was drawn up by outgoing Kansas Attorney General Phill Kline and named George Tiller, noting he is accused of providing abortions to females ranging from 10-22 years of age, whose unborn babies were aged 25 to 31 weeks.

In Kansas, it is against the law to do an abortion on a baby older than 22 weeks, unless special medical conditions are met. The charges explain those conditions simply didn't exist.

However, it took only hours for the the prosecutor in the 18th district, Nola Tedesco Foulston, to object and request that a judge dismiss the counts, which he did immediately.

"This District Attorney has not invited or requested, consented or acquiesced, or failed to object to the filing of the Complaint. The District Attorney does in fact object to any such filing by the Attorney General as he lacks the legal authority to file such complaint in this jurisdiction," Foulston wrote.

The dismissal was signed by Judge Paul Clark.

However, officials with Kline's office said he disagreed with the procedural dismissal, and was preparing an "Emergency Motion to Reconsider" to be filed in Sedgwick County District Court.

Officials with Operation Rescue were horrified to see the developments:

"Foulston has come under criticism by pro-life supporters for refusing to prosecute accusations against Tiller because of her personal friendship with him. It is alleged that she adopted her only son through Tiller, who has stated publicly that he has arranged adoptions in return for political favors," a statement on the Operation Rescue website said.

"This is a classic example of why justice cannot be done in this state because so many officials have ties to George Tiller," said OR President Troy Newman. "Money buys a lot of favors here. This miscarriage of justice must not be allowed to stand. "

Officials noted the case was dismissed "without prejudice," which means that until the statute of limitations expires on the allegations, they could be refiled.

Tiller had been scheduled to appear in Sedgwick County District Court Wednesday on the charges from cases in which abortion industry forces had battled through the state Supreme Court in unsuccessful efforts to prevent Kline of obtaining the medical records.

Tiller attorney Lee Thompson would not confirm the number of counts, answering only that the case involved a "number of misdemeanors involving a number of patients."

Thompson indicated a summons had been issued to Tiller by a copy being placed in Tiller's door overnight, and he said he had a copy of the complaint, but wouldn't share details.

Newman said pro-life groups had been working to seek the counts filed for years. "We have repeatedly reported on our website and through press releases that we believed that Tiller was breaking the law, injuring women and killing innocent late-term babies that should have had the protection of the law."

He also called on the state Board of Healing Arts "to suspend Tiller's license and close his abortion clinic to insure that further crimes are not committed. We won't rest until Tiller is convicted and behind bars and his abortion mill is permanently closed."

Kline had said the females involved are not under investigation, will not be charged and, in fact, haven't even been identified.

"The complaint speaks for itself, the identity of the patients will not be sought or revealed by my office. These are accusations and Mr. Tiller is presumed innocent unless proven guilty in a court of law. The investigation is ongoing," Kline said in a prepared statement.

A spokesman in his office said he would not be available for further comment.

Tiller's lawyers said there was no evidence of crimes and promised to hold Kline "personally responsible" for the prosecution.

The Kline summary of the case, however, noted the law restricts post viability abortion "unless two doctors find either: a) the mother's life is in jeopardy if the abortion is not performed; or b) 'a continuation of the pregnancy will cause a substantial and irreversible impairment of a major bodily function of the pregnant woman…'"

Those are the requirements that were not met, the complaint alleged.

"Violating any of the provisions of this act is a Class A misdemeanor, punishable by up to one year in jail, a $2,500 fine or both," the summary said.

"Although the late-term abortion statute states that 'upon a second or subsequent offense' for violation of this statute that the person 'is guilty of a severity level 10, non-person felony,' Kansas Supreme Court case law has interpreted such provisions to require a previous conviction before (someone) can be charged with a felony," the summary said.

There might have been other charges, too, but the statute of limitations had expired on some of the case being reviewed, Kline's summary said.

The subpoenas for the records were issued in September 2004, but the documents were provided to Kline's investigators only on Oct. 24, 2006, more than two years later.

"By the time the investigators for the Attorney General's office obtained the files …. 28 of the files subpoenaed by the Court in September 2004 relating to this defendant had expired…," the summary said.

Kline has been investigating whether Tiller and other abortionists were violating the state's abortion laws nearly since he took office, because Kansas law prohibits abortions after the 22nd week of pregnancy unless special conditions are met.

Kline will be replaced in three weeks by Democrat Paul Morrison, who during his election cited no need for investigating the abortionists. However, a spokeswoman reported that he'd made no decision about whether this specific case will be continued.

Operation Rescue officials said Kline's investigation of abortion clinics for "the concealment of child rape and illegal late-term abortions" was the key to Kline's defeat in a state with a governor and industry strongly supportive of abortion.

"Kansas has opted to continue the practice of looking the other way when innocent young girls are taken to abortion clinics by their rapists, who are looking to destroy the evidence of their crimes," said Newman after the election. "It has also voted to ignore violations of Kansas law that bans post viability abortions."

Kline also had raised the issue of state statistics from 2003, when there were 78 abortions on girls under the age of 15. In a state where the legal age of consent is 16, how could 78 girls become pregnant and obtain abortions without a single report of sexual assault, or rape, on a child, he wondered.

Kline earlier had confirmed, in an interview with Fox News' Bill O'Reilly, that the medical records indicate late-term abortions that were done for reasons that Kansas law doesn't allow.

Morrison had said during his campaign he would start a domestic violence unit, without any additional expense to the state. "Some of the money that's been used on misplaced priorities could easily fund" the plans, he had told the Lawrence Journal-World.

He cited Kline's investigation of the abortion businesses run by George Tiller in Wichita and Planned Parenthood as an example.

Morrison also got a huge boost in his campaign when a non-profit organization that the newspaper linked to Tiller mailed hundreds of thousands of dollars worth of mailings critical of Kline.

The mailings called Kline "Snoop Dog" and were mailed by Kansans for Consumer Privacy Protection, said the newspaper, which noted that group had the same office address as ProKanDo, a political action committee Tiller started and is funding to elect pro-abortion candidates.

The abortion clinics had fought releasing the medical records, and held a news conference to advise women the attorney general was seeking information about them. However, Kline never sought the women's identities, only the medical records of the procedures.

A district court judge had agreed with Kline, noting he couldn't realistically be expected to investigate allegations of crime without access to the records that could prove it.

"Betrayed by the Bench"

The definitive handbook for battling 'pro-choicers.' Be ready with the perfect answers to the abortion issue's toughest questions. 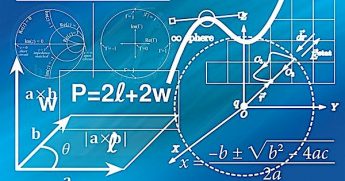