A new study concludes children whose parents regularly attend religious services and talk about their faith have better self-control, social skills and approaches to learning than children with non-religious parents.

The research led by John Bartkowski, a Mississippi State University sociologist, is the first to look at the effects of religion on young child development, reports LiveScience.com.

The study, to be published in the journal Social Science Research, also found, however, that regular arguing by parents over their faith has the opposite effect on children.

Parents and teachers of more than 16,000 children were asked in the study to assess self-control, behavior and cooperation with peers. The researchers compared the scores to how frequently the children's parents said they attended worship services, talked about religion with their child and argued about religion in home.

Bartowski LiveScience.com one limitation of his study was that it didn't compare the effects of different faiths or denominations.

He also conceded it's possible the correlation between religion and child development is the other way around. It may turn out that only the parents of good behaving children are comfortable in a religious congregation.

"There are certain expectations about children's behavior within a religious context, particularly within religious worship services," Bartowski said.

The expectations might frustrate parents, he offered, "and make congregational worship "a less viable option if they feel their kids are really poorly behaved." 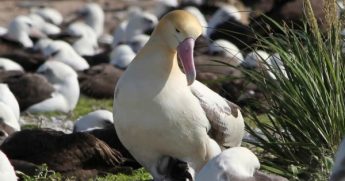