JERUSALEM – Sen. Barack Obama's Chicago church reprinted a manifesto by Hamas that defended terrorism as legitimate resistance, refused to recognize the right of Israel to exist and compared the terror group's official charter – which calls for the murder of Jews – to America's Declaration of Independence.

The Hamas piece was published on the "Pastor's Page" of the Trinity United Church of Christ newsletter reserved for Rev. Jeremiah Wright Jr., whose anti-American, anti-Israel remarks landed Obama in hot water, prompting the presidential candidate to deliver a major race speech earlier this week.

Hamas, responsible for scores of shootings, suicide bombings and rocket launchings against civilian population centers, is listed as a terrorist group by the U.S. State Department.

The revelation follows a recent WND article quoting Israeli security officials who expressed "concern" about Robert Malley, an adviser to Obama who has advocated negotiations with Hamas and providing international assistance to the terrorist group.

In his July 22, 2007, church newsletter, Wright reprinted an article by Mousa Abu Marzook, identified in the publication as a "deputy of the political bureau of Hamas." A photo image of the piece was captured and posted today by the business blog BizzyBlog, which first brought attention to it.
The Hamas article was first published by the Los Angeles Times, garnering the newspaper much criticism.

According to senior Israeli security officials, Marzook, who resides in Syria alongside Hamas chieftain Khaled Meshaal, is considered the "brains" behind Hamas, designing much of the terror group's policies and ideology. Israel possesses what it says is a large volume of specific evidence that Marzook has been directly involved in calling for or planning scores of Hamas terrorist offensives, including deadly suicide bombings. He was also accused of attempting to set up a Hamas network in the U.S.

Marzook's original piece was titled, "Hamas' stand" but was re-titled "A Fresh View of the Palestinian Struggle" by Obama's church newsletter. The newsletter also referred to Hamas as the "Islamic Resistance Movement," and added in its introduction that Marzook was addressing Hamas' goals for "all of Palestine."

In the manifesto, Marzook refers to Hamas' "resistance" – the group's perpetuation of anti-Israel terrorism targeting civilians – as "legal resistance," which, he argues, is "explicitly supported by the Fourth Geneva Convention."

The Convention, which refers to the rights of people living under occupation, does not support suicide bombings or rocket attacks against civilian population centers, the Committee for Accuracy in Middle East Reporting in America noted.

Marzook refers to Hamas' official charter as "an essentially revolutionary document" and compares the violent creed to the Declaration of Independence, which, Marzook states, "simply did not countenance any such status for the 700,000 African slaves at that time."

Hamas' charter calls for the murder of Jews. Among its platforms is a statement that the "[resurrection] will not take place until the Muslims fight the Jews and the Muslims kill them, and the rock and the tree will say: 'Oh Muslim, servant of Allah, there is a Jew behind me, kill him!'"

In his piece, Marzook says Hamas only targets Israel and denies that Hamas' war is meant to be waged against the U.S., even though Hamas officials have threatened America, and Hamas' charter calls for Muslims to "pursue the cause of the Movement (Hamas), all over the globe."

Trinity Church did not respond to a phone message requesting comment.

Obama's campaign also did not reply to phone and e-mail requests today for comment.

WND reported in January that Malley, an Obama foreign policy adviser, has penned numerous opinion articles, many of them co-written with a former adviser to the late Palestinian Authority President Yasser Arafat, petitioning for dialogue with Hamas and blasting Israel for policies he says harm the Palestinian cause.

Malley also previously penned a well-circulated New York Review of Books piece largely blaming Israel for the collapse of the Israeli-Palestinian negotiations at Camp David in 2000 when Arafat turned down a Palestinian state in the West Bank, Gaza and eastern sections of Jerusalem and instead returned to the Middle East to launch an intifada, or terrorist campaign, against the Jewish state.

Malley's contentions have been strongly refuted by key participants at Camp David, including President Clinton, then-Israeli Prime Minister Ehud Barak and primary U.S. envoy to the Middle East Dennis Ross, all of whom squarely blamed Arafat's refusal to make peace for the talks' failure.

In February 2006, after Hamas won a majority of seats in the Palestinian parliament and amid a U.S. and Israeli attempt to isolate the Hamas-run Palestinian Authority, Malley wrote an op-ed for the Baltimore Sun advocating international aid to the terror group's newly formed government.

"The Islamists (Hamas) ran on a campaign of effective government and promised to improve Palestinians' lives; they cannot do that if the international community turns its back," wrote Malley in a piece entitled, "Making the Best of Hamas' Victory."

Malley contended the election of Hamas expressed Palestinian "anger at years of humiliation and loss of self-respect because of Israeli settlement expansion, Arafat's imprisonment, Israel's incursions, Western lecturing and, most recently and tellingly, the threat of an aid cutoff in the event of an Islamist success."

Malley said the U.S. should not "discourage third-party unofficial contacts with [Hamas] in an attempt to moderate it."

In an op-ed in the Washington Post in January coauthored by Arafat adviser Hussein Agha, Malley – using what could be perceived as anti-Israel language – urged Israel's negotiating partner, Abbas, to reunite with Hamas.

"A renewed national compact and the return of Hamas to the political fold would upset Israel's strategy of perpetuating Palestinian geographic and political division," wrote Malley.

He further petitioned Israel to hold talks with Hamas.

"An arrangement between Israel and Hamas could advance both sides' interests," Malley wrote.

In numerous other op-eds, Malley advocated a policy of engagement with Hamas. 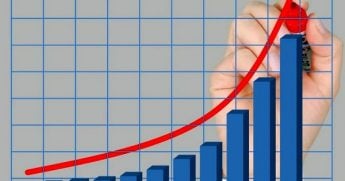