It transpires that Mao Zedong once proposed exporting 10 million Chinese women to the United States. In a long conversation with Henry Kissinger at the Chinese leader's residence in 1973, Mao moaned about "the dismal trade between the two countries," saying China was a "very poor country" with an excess of women.

That's one page America might consider taking out of the Little Red Book.

If we were to export women, politics would begin to move to the right again. Oprah's empire of imbeciles would shrink. And it would become possible to rehabilitate English as our official language. Distaff America has made a certain style of speech its signature:

The violence visited on the English language is accompanied by a sound Greg Gutfeld described as "that profoundly irritating voice … that squeezes out anything smart from both places, leaving only a ditz-filled diaper."

During the interminable electioneering, the people, prodded by pundits, have indicated that they'd like their politicians to get tough with certain countries. I counsel caution. The nation's notorious aggression has to be channeled in more conciliatory ways. By exporting American women to countries designated unfriendly we will be crippling our enemies with (ostensible) kindness.

Imagine what a locust-like cloud of Girls Gone Wild, or bumping and grinding semi-nude spring breakers, would do to Saudi Arabia. Before long, pious Muslim men, the potential Jihadi pool, would succumb to a bacchanalia of debauchery – sex, sloth and stupidity.

Getting these export-quality women to undertake the mission would be fairly easy. Bring in "reality" TV. Behind every "Kardashian" there are thousands of ready recruits. America's young women know next to nothing about Saudi Arabia, Shariah or the religious police (Mutawaa'in). But as voracious attention seekers, they're intimately familiar with the pursuit of instant notoriety. "Reality" TV regularly lifts from well-deserved obscurity a procession of such shameless degenerates. Offer the lasses a lead in a show "The Jihadi and I," and they'll scratch and claw to go.

China is already the beneficiary of such a pilot project, except that it needs refining. Even by the standards of our MTV-coated culture, this one is still too creepy for words. Indeed, a great deal of carping goes on about the crappy stuff China exports to us (by popular demand). Precious little is said about what we're shipping over there.

As Slate's Daniel Brook discovered, Disney has been allowing a licensee to market children's underwear in China using some rather risqué images. Sprawled on a billboard on "Beijing's Xinjiekou Nandajie Avenue," the reporter saw a "white girl who looked all of 12, reclining in a matching bra-and-panties set adorned with Disney's signature mouse-ear design. In a particularly creepy detail, the pigtailed child was playing with a pair of Minnie Mouse hand puppets."

The child sports a cleavage that looks as though it might have been digitally enhanced.

If you ask me, a country marketing cheap electronics has a leg up on one that peddles little Lolitas. But since our competitive edge in smut is increasing exponentially and the age of consent decreasing, why not make the most of it?

As Lou Dobbs often exhorts, it's time to get tough on China. I say let's get dirty. The "Bimbos, Not Bombs" covert operation would bring our adversaries to heel. What better way to addle the young minds of the competition?

Ilana Mercer
Ilana Mercer has been writing a weekly, paleolibertarian column since 1999. She's the author of ""Into the Cannibal's Pot: Lessons for America From Post-Apartheid South Africa" (2011) and "The Trump Revolution: The Donald's Creative Destruction Deconstructed"" (June 2016). She's currently on Gab, YouTube, Twitter and LinkedIn, but has been banned by Facebook.
@IlanaMercer
Actually, COVID comes courtesy of the Chinese PEOPLE
How real men (and a woman) respond to systemic anti-whiteness
Trump floated like a butterfly and stung like a bee
Which will unite voters: Law and order, or looting?
Critical Race Theory robs & rapes reality
See more... 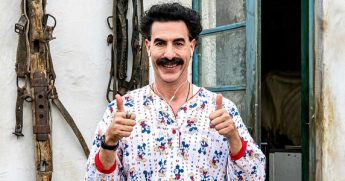