Democratic leaders in the U.S. Senate have stripped 100 pages of controversial immigration provisions added as amendments to the supplemental Iraq war funding bill after a flood of e-mails and phone calls organized by amnesty opponents.

"The American people have been clear that they want us to restore the rule of law to our immigration system before legalization programs are considered, but I guess this Congress didn't get the message," Sen. Jeff Sessions, R-Ala., said yesterday.

"I am pleased Democratic leaders realized there would be significant opposition to these controversial provisions," Sessions continued. "Stripping it was the right thing to do."

Among the provisions removed from the war funding bill was a special path to citizenship for four subgroups of immigrant agriculture workers: goat herders, sheep herders, dairy workers and horse herders. It is unclear why the groups were selected for special treatment.

"It is unjustifiable to arbitrarily single out four groups of workers and create a special path to citizenship for an unknown number of goat herders, sheep herders, dairy workers and horse workers," Sessions said.

One immigration proposal remains in the second part of the Iraq supplemental funding bill which has not yet come up on the Senate floor for discussion.

That amendment, sponsored by Sen. Barbara Mikulski, D-Md., would create an extension of three years for a  worker returning under an H-2B visa, which Mikulski claims is necessary to save seasonal businesses such as seafood companies.

Opponents charged the immigration amendments attached to the Iraq war supplemental funding bill were a back door to amnesty.

"We must be realistic about what will happen at the end of the five-year period," Sessions said about the visa extensions proposed for immigrant agricultural workers. "Pro-amnesty forces know that if they can get a temporary legalization for workers, the federal government won't have the will five years from now to do what it won't do today – enforce the law. Congress will likely turn a blind eye and a path to citizenship will result."

Groups such as Phyllis Schlafly's Eagle Forum organized telephone and e-mail campaigns objecting to the tactic of sneaking amnesty provisions into an Iraq war supplemental funding bill needed to support U.S. military forces in the field.

Yesterday, William Gheen, president of Americans for Legal Immigration, or ALIPAC, sent out an e-mail thanking members for getting "the phone lines and talk radio shows white hot."

The Democratic leadership in the Senate abandoned the immigration amendments utilizing a rarely used Senate rule.

The Senate Appropriations Committee had voted 17-12 to add to the Iraq funding bill as a domestic spending program the Ag-Jobs amendment offered by Sens. Dianne Feinstein, D-Calif., and Larry Craig, R-Idaho. That would have provided 1.35 million immigrant agricultural workers and an additional 1.65 million family members with 5-year visas to live and work in the United States.

The same day, the Senate Appropriations Committee voted to add the Mikulski amendment as a provision to the second part of the Iraq war supplemental funding bill.

Then later, Sen. Robert Menendez, D-N.J., in an unusual move, invoked Senate Rule 16 on the floor of the Senate, a rule that requires provisions in amendments to appropriations bills to be relevant to the underlying legislation.

As reported by Congressional Quarterly, Menendez's maneuver allowed Majority Leader Harry Reid, D-Nev., subsequently to replace the amendments added to the first part of the Iraq supplemental funding bill by the Appropriations Committee with a new version written by the Democratic leadership, excluding a variety of measures aimed at expanding visas for immigrant agricultural workers.

"Republicans were going to raise a point of order regarding germaneness anyway and had been stalling the bill all day," Afsin Mohamadi, press secretary to Menendez told WND in an e-mail. "The Majority Leader was supportive of a Democrat raising a point of order to end the stalling and move the bill along."

"Sen. Reid does not support an approach to immigration reform that does everything for businesses and nothing for families," Mohamadi added. "His point is that the sooner relief for business as well as families is on the table, the sooner there can be success in reforming the broken immigration system."

When the second part of the Iraq supplemental funding bill comes to the Senate floor for discussion, most likely on Thursday, the Mikulski provision would be subject to the same Rule 16 treatment, if the issue of germaneness gets raised once again at that time.

Get a first-edition copy of Jerome Corsi's "The Late Great USA" autographed for only $19.95 today.

Get Rep. Tom Tancredo's "In Mortal Danger" direct from the people who published it – WND Books.

"NATIONAL SUICIDE: How the government's immigration policies are destroying America"

Illegals to get driver's licenses in New York

Amnesty for illegals back for another try

Border Patrol official: Our job not to stop illegals

Only 22% of Americans favor immigration bill

Where illegals go for driver's license 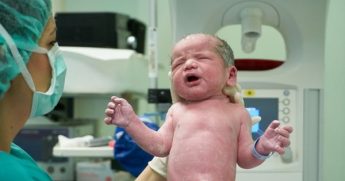