An unpublicized survey last month of eight of southern Iraq's most important archaeological sites by a team of international specialists found no evidence of looting since the invasion of the country in 2003 by the U.S. coalition, despite earlier, widespread claims of extensive damage.

The 25-person mission, titled the Cultural Heritage Initiative, included four international archaeologists, three Iraqi archaeologists, a helicopter crew and military personnel for protection, reported the Art Newspaper. The group began their three-day survey on June 3 from Basra, staying overnight at another airbase 180 miles southeast of Baghdad. The helicopter and armed protection was provided by the British military.

Ur, many scholars of the Bible contend, is the Ur of the Chaldeans that was the ancestral home of the patriarch, Abraham. Eridu, the earliest city built in southern Mesopotamia, was settled in approximately 5400 B.C., prior to the flood according to Sumerian mythology. The region surveyed is the traditional location of the Bible's Garden of Eden.

Because the survey was being conducted in a war zone, the archaeological team was limited to only a brief time on the ground at each site – between 40 minutes and two hours – in addition to aerial inspections before and after landing. John Curtis, keeper of the British Museum's Middle East department and organizer of the mission, said, despite the limitation, the team had adequate time to make its assessments.

On the ground, the specialists followed a closely planned schedule of inspections, accompanied by armed military officers as they investigated different parts of each site for expected evidence of recent looting.

In the weeks following the fall of the Saddam regime in 2003, reports of widespread looting of Iraq's archaeological sites became common.

"We believe that every major site in southern Iraq is in danger," Donny George, director of research at Iraq's State Board of Antiquities and Heritage, and charged with overseeing all archaeological excavations in Iraq, told the New York Times in 2003.

"We used to have guards there," he added. "But now they are either pushed away by the looters or they are working with thieves themselves in one way or another."

Joanne Farchakh, a Lebanon-based archaeologist and journalist, was quoted in 2007 in the London Independent claiming that armies of looters have not spared "one meter of these Sumerian capitals that have been buried under the sand for thousands of years."

She continued: "They systematically destroyed the remains of this civilization in their tireless search for sellable artifacts: Ancient cities, covering an estimated surface area of 20 square kilometers, which – if properly excavated – could have provided extensive new information concerning the development of the human race.

"Humankind is losing its past for a cuneiform tablet or a sculpture or piece of jewelery that the dealer buys and pays for in cash in a country devastated by war. Humankind is losing its history for the pleasure of private collectors living safely in their luxurious houses and ordering specific objects for their collection.

RELATED: WHO returns to Iraq amid improved security

"Quite apart from this, military operations are damaging these sites forever. There's been a U.S. base in Ur for five years and the walls are cracking because of the weight of military vehicles. It's like putting an archaeological site under a continuous earthquake."

In April 2005, Farchakh, writing for the BBC News, reported : "The picture [in southern Iraq] is appalling. More than 150 Sumerian cities dating back to the fourth millennium B.C. – such as Umma, Umm al-Akkareb, Larsa and Tello – lie destroyed, turned into crater-filled landscapes of shredded pottery and broken bricks."

Professor Lawrence Rothfield of the University of Chicago, in "The Destruction of Cultural Heritage in Iraq," published in March, claimed Iraq's archaeological sites were being "destroyed at the rate of roughly 10 percent a year."

Despite the dire reports – and to its surprise – the international team surveying southern Iraq last month found "not a single recent dig hole" at any of the eight sites, including Larsa, which Farchakh had described as a "crater-filled landscapes of shredded pottery and broken bricks." The only evidence found of illegal digging was holes filled with silt and vegetation, indicating they were several years old, given the area's desert conditions.

Damage found at four of the sites dated to 2003 and was associated with the invasion and its immediate aftermath, not looting.

Curtis admitted he had been "very surprised" by the team's findings and cautioned that, while the survey covered the most important sites in an area equal to one-fifth of the country, it might not be representative.

"It may not be typical of the country as a whole, and the situation could well be worse further north," he warned.

Curtis credited efforts by coalition forces and local authorities, as well as the drying up of the international market for Iraqi antiquities, with keeping looters away.

The team did identify damage to sites caused by the Iraqi military and coalition military forces. At Ubaid, trenchworks to protect Saddam's tanks had been built in archaeologically significant deposits. Similar damage was found at Tell el-Lahm. Paper food wrappers provided evidence of the U.S. military at the latter site.

At Abraham's Ur, significant damage was identified caused by large numbers of troops walking over the site in desert boots. And ancient buildings, reconstructed in the 1960s and 70s, were in danger of collapse from weathering. The team did not confirm Farchakh's report that military vehicles from the U.S. base were causing the walls of the buildings to crack.

In 2003, WND reported in the aftermath of reports of looting at the National Museum in Baghdad, nearly all of the Iraqi antiquities feared stolen or broken by looters have been found inside following an inventory.

"Annals of the World": 'Best ancient history book after the Bible'

Lost Legend of the Great Pyramid - The Pillar of Enoch (DVD) 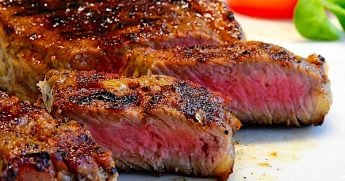