A North Carolina judge has ordered three children to attend public schools this fall because the homeschooling their mother has provided over the last four years needs to be "challenged."

The children, however, have tested above their grade levels – by as much as two years.

The decision is raising eyebrows among homeschooling families, and one friend of the mother has launched a website to publicize the issue.

The ruling was made by Judge Ned Mangum of Wake County, who was handling a divorce proceeding for Thomas and Venessa Mills.

A statement released by a publicist working for the mother, whose children now are 10, 11 and 12, said Mangum stripped her of her right to decide what is best for her children's education.

The judge, when contacted by WND, explained his goal in ordering the children to register and attend a public school was to make sure they have a "more well-rounded education."

"I thought Ms. Mills had done a good job [in homeschooling]," he said. "It was great for them to have that access, and [I had] no problems with homeschooling. I said public schooling would be a good complement."

The judge said the husband has not been supportive of his wife's homeschooling, and "it accomplished its purposes. It now was appropriate to have them back in public school."

"EXPELLED": Get the hot new documentary that is blowing the lid off censorship of ideas in American universities - particularly anything to do with the fact that God might actually exist.

Mangum said he made the determination on his guiding principle, "What's in the best interest of the minor children," and conceded it was putting his judgment in place of the mother's.

And he said that while he expressed his opinion from the bench in the court hearing, the final written order had not yet been signed.

However, the practice of a judge replacing a parent's judgment with his own regarding homeschooling was argued recently when a court panel in California ruled that a family would no longer be allowed to homeschool their own children.

WND reported extensively when the ruling was released in February 2008, alarming homeschool advocates nationwide because of its potential ramifications.

Ultimately, the 2nd Appellate District Court in Los Angeles reversed its own order, affirming the rights of California parents to homeschool their children if they choose.

The court, which earlier had opined that only credentialed teachers could properly educate children, was faced with a flood of friend-of-the-court briefs representing individuals and groups, including Congress members.

The conclusion ultimately was that parents, not the state, would decide where children are educated.

The California opinion said state law permits homeschooling "as a species of private school education" but that statutory permission for parents to teach their own children could be "overridden in order to protect the safety of a child who has been declared dependent."

In the North Carolina case, Adam Cothes, a spokesman for the mother, said the children routinely had been testing at up to two years above their grade level, were involved in swim team and other activities and events outside their home and had taken leadership roles in history club events.

On her website, family friend Robyn Williams said Mangum stated his decision was not ideologically or religiously motivated but that ordering the children into public schools would "challenge the ideas you've taught them."

Williams, a homeschool mother of four herself, said, "I have never seen such injustice and such a direct attack against homeschool."

"This judge clearly took personal issue with Venessa's stance on education and faith, even though her children are doing great. If her right to homeschool can be taken away so easily, what will this mean for homeschoolers state wide, or even nationally?" Williams asked.

Williams said she's trying to rally homeschoolers across the nation to defend their rights as Americans and parents to educate their own children.

Williams told WND the public school order was the worst possible outcome for Ms. Mills, who had made it clear she felt it was important to her children that she continue homeschooling.

According to Williams' website, the judge also ordered a mental health evaluation for the mother – but not the father – as part of the divorce proceedings, in what Williams described as an attack on the "mother's conservative Christian beliefs."

According to a proposed but as-yet unsigned order submitted by the father's lawyer to Mangum, "The children have thrived in homeschool for the past four years, but need the broader focus and socialization available to them in public school. The Court finds that it is in the children's best interest to continue their homeschooling through the end of the current school year, but to begin attending public school at the beginning of the 2009-2010 instructional year."

The order proposed by the father's lawyer also conceded the reason for the divorce was the father's "adultery," but it specifically said the father would not pay for homeschooling expenses for his children.

The website said the judge also said public school would "prepare these kids for the real world and college" and allow them "socialization."

Williams said the mother originally moved into a homeschool schedule because the children were not doing as well as she hoped at the local public schools.

In last year's dispute in California, the ruling that eventually was released was praised by pro-family organizations.

"We're pleased the appeals court recognized the rights of parents to provide education for their children," said Jay Sekulow, chief counsel for the American Center for Law and Justice. "This decision reaffirms the constitutional right that's afforded to parents in directing the education of their children. It's an important victory for families who cherish the freedom to ensure that their children receive a high quality education that is inherent in homeschooling."

"Parents have a constitutional right to make educational choices for their children," said Alliance Defense Fund Senior Counsel Gary McCaleb. "Thousands of California families have educated their children successfully through homeschooling. We're pleased with the court's decision, which protects the rights of families and protects an avenue of education that has proven to benefit children time and time again.

The North Carolina ruling also resembles a number of rulings handed down against homeschool parents in Germany, where such instruction has been banned since the years of Adolf Hitler's rule.

As WND reported, Wolfgang Drautz, consul general for the Federal Republic of Germany, has commented previously on the issue, contending the government "has a legitimate interest in countering the rise of parallel societies that are based on religion."

WND also reported recently when a German appeals court tossed out three-month jail terms issued to a mother and father who homeschool their children. But the court also ordered new trials that could leave the parents with similar penalties, according to the Home School Legal Defense Association.

The case involves Juergen and Rosemarie Dudek of Archfeldt, Germany, who last summer received formal notices of their three-month sentences.

The 90-day sentences came about when Hesse State Prosecutor Herwig Muller appealed a lower court's determination of fines for the family. The ruling had imposed fines of about 900 euros, or $1,200, for not sending their children to school

Muller, however, told the parents they shouldn't worry about any fines, since he would "send them to jail," the HSLDA reported.

HSLDA spokesman Michael Donnelly warned the homeschooling battle is far from over in Germany.

"There continue to be signs that the German government is cracking down on homeschooling families," he reported. "A recent letter from one family in southern Germany contained threats from local school authorities that unless the family enrolled their children in school, they would seek fines in excess of 50,000 euros (nearly $70,000), jail time and the removal of custody of the children."

HSLDA officials estimate there are some 400 homeschool families in Germany, virtually all of them either forced into hiding or facing court actions. 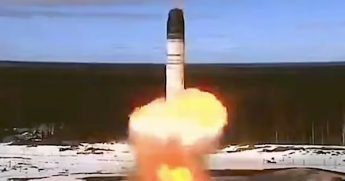