JERUSALEM – The Palestinian Authority exploited Pope Benedict XVI's visit here this week for political gain and to wage propaganda attacks against Israel, particularly regarding sovereignty over Jerusalem, according to a study released yesterday.

"The PA has exploited Benedict's visit to Israel ... especially the sensitive [issue] of sovereignty over Jerusalem. According to PA-affiliated spokesmen, Israel's presence in eastern Jerusalem does not give it sovereignty or any other rights," states a report by the Terrorism and Information Center at Israel's Center for Special Studies.

Reuven Erlich, the center's director, said the purported exploitation by the PA extended to the pope's tour of Bethlehem yesterday.

"The pope was deliberately paraded in front of the security barrier to make a non-issue into an issue. Also [PA President] Mahmoud Abbas used his speech alongside the pope for pure propaganda purposes," said Erlich.

The center's study highlighted multiple aspects of Benedict's visit that were allegedly seized upon by the PA, including the pope's drive through eastern sections of Jerusalem, which the Palestinians claim for a state.

States the study: "[The PA] set up a media center alternative to that provided by the Israeli Government Press Office. They also criticized the hanging of Israeli flags along the routes taken by the pope to the eastern part of the city."

The study documented a public incident during a meeting between the pope and representatives of the Jewish, Christian and Islamic faiths in which the Palestinian representative present interrupted the media-saturated event to deliver a rant against Israel.

Tamimi said Jerusalem "will remain the capital of a Palestinian state." He pleaded with the pope to fight for "a just peace for a Palestinian state and for Israel to stop killing women and children and destroying mosques as she did in Gaza."

In a previous in-person WND interview with Tamimia/a>, the Palestinian cleric denied the Jewish temples ever existed and claimed there is no Jewish historic connection to Jerusalem. He also argued the Torah was falsified while biblical patriarchs and matriarchs really were prophets for Islam.

Erlich pointed to Benedict's visit to Bethlehem as a strong example of the PA's use of the pope to score propaganda points. The pope stood beside Abbas as the Palestinian leader pointed to a concrete separation barrier in Bethlehem and blamed that barrier, as well as Israeli "occupation," for the plight of Christians.

"In this Holy Land, the occupation still continues building separation walls," Abbas said. "Instead of building the bridge that can link us, they are using the force of occupation to force Muslims and Christians to emigrate."

Bethlehem, however, is not surrounded by any wall. Israel built a fence in 2002 in the area where northern Bethlehem interfaces with Jerusalem. A tiny segment of the barrier, facing a major Israeli roadway, is a concrete wall that Israel says is meant to prevent gunmen from shooting at Israeli motorists.

The PA strategically positioned the pope yesterday to make statements alongside the one segment of the barrier that is a wall.

The fence was constructed after the outbreak of the Palestinian intifada, or terror war, launched after the late PLO leader Yasser Arafat turned down an Israeli offer of a Palestinian state, instead returning to the Middle East to "liberate" Palestine with violence. Scores of deadly suicide bombings and shooting attacks against Israelis were planned in Bethlehem and carried out by Bethlehem-area terrorists, including Abbas' Fatah organization.

At one point during the period of just 30 days in 2002, at least 14 shootings were perpetuated by Bethlehem cells of Fatah's Al Aqsa Martyrs Brigades terrorists, killing two Israelis and wounding six.

Many times Muslim gunmen in the Bethlehem area reportedly took positions in civilian homes in the hilltops of Christian Beit Jala, which straddles Bethlehem. Beit Jala afforded the terrorists a clear firing line at southern sections of Jerusalem and at a major Israeli highway down below, drawing Israeli military raids and the eventual building of the security barrier there.

Abbas' claim that the barrier is driving away Christians is contradicted by demographic fact. Israel built the barrier five years ago. But Bethlehem's Christian population started to drastically decline in 1995, the very year Arafat's Palestinian Authority took over the holy Christian city in line with the U.S.-backed Oslo Accords.

Bethlehem consisted of upwards of 80 percent Christians when Israel was founded in 1948, but since Arafat got his hands on it, the city's Christian population dove to its current 23 percent. That statistic is considered generous since it includes the satellite towns of Beit Sahour and Beit Jala. Some estimates place Bethlehem's actual Christian population as low as 12 percent, with hundreds of Christians leaving every year.

As soon as he took over Bethlehem, Arafat unilaterally fired the city's Christian politicians and replaced them with Muslim cronies. He appointed a Muslim governor, Muhammed Rashad A-Jabar and unilaterally disbanded Bethlehem's city council, which had nine Christians and two Muslims, reducing the number of Christians councilors to a 50-50 split.

Arafat then converted a Greek Orthodox monastery next to the Church of Nativity, the believed birthplace of Jesus, into his official Bethlehem residence.

After the Palestinians gained the territory, reports of Christian intimidation by Muslims began to surface.

Christian leaders and residents in Bethlehem told WND they face an atmosphere of regular hostility. They said Palestinian armed groups stir tension by holding militant demonstrations and marches in the streets. They spoke of instances in which Christian shopkeepers' stores were ransacked and Christian homes attacked.

In the past, they said, Palestinian gunmen fired at Israelis from Christian hilltop communities, drawing Israeli anti-terror raids to their towns.

In 2002, dozens of terrorists holed up inside the Church of the Nativity for 39 days while fleeing a massive Israeli anti-terror operation. Israel surrounded the church area but refused to storm the structure. Gunmen inside included wanted senior Hamas, Tanzim and Brigades terrorists reportedly involved in suicide bombings and shooting attacks. More than 200 nuns and priests were trapped in the church after Israeli hostage negotiators failed to secure their release.

Some Christian leaders said one of the most significant problems facing Christians in Bethlehem is the rampant confiscation of land by Muslim gangs.

"There are many cases where Christians have their land stolen by the [Muslim] mafia," said Samir Qumsiyeh, a Bethlehem Christian leader and owner of the Beit Sahour-based private Al-Mahd (Nativity) TV station.

"It is a regular phenomenon in Bethlehem. They go to a poor Christian person with a forged power of attorney document, then they say we have papers proving you're living on our land. If you confront them, many times the Christian is beaten. You can't do anything about it. The Christian loses, and he runs away," Qumsiyeh told WND, speaking from his hilltop television station during an interview last year.

Qumsiyeh himself said he was targeted by Islamic gangs and his home was firebombed after he returned from a trip abroad during which he gave public speeches outlining the plight of Bethlehem's Christian population.

One Christian Bethlehem resident told WND her friend recently fled Bethlehem after being accused by Muslims of selling property to Jews, a crime punishable by death in some Palestinian cities. A good deal of the intimidation, she added, comes from gunmen associated with Abbas' Fatah organization.

A February 2007 Jerusalem Post article cited the case of Faud and Georgette Lama, Christian residents of Bethlehem who said their land was stolen by local Muslims. But hen they tried to do something about it, Faud was beaten by gunmen.

"We are harassed, but you wouldn't know the truth," he said. "No one says anything publicly about the Muslims. This is why Christians are running away."
/p>

"The Late Great State of Israel"

"Schmoozing with Terrorists: From Hollywood to the Holy Land Jihadists Reveal their Global Plans – to a Jew!"

"Everlasting Hatred: The Roots of Jihad"

"The Politically Incorrect Guide to Islam (and the Crusades)"

"Myths and Facts: A Guide to the Arab-Israeli Conflict"

Pope in Bethlehem: A missed opportunity 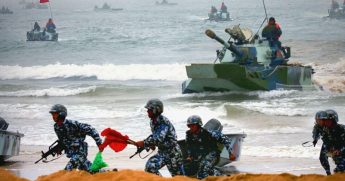 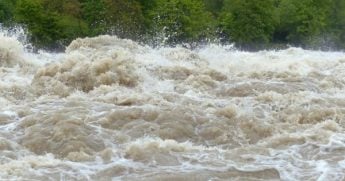