WASHINGTON – My old American Heritage Dictionary defines "sovereignty" as "complete independence and self-government." Our Declaration of Independence affirms, "We hold these Truths to be self-evident, that all Men are created equal, that they are endowed by their Creator with certain unalienable Rights, that among these are Life, Liberty, and the Pursuit of Happiness." In January 2000, Jesse Helms, the legendary U.S. senator from North Carolina, succinctly summed up the meaning of these words for the United Nations Security Council by explaining that "nations derive their sovereignty – their legitimacy – from the consent of the governed."

The ayatollahs brutally crushing dissent in Iran consider this linkage – sovereignty, legitimacy and the consent of the governed – to be as repugnant as a ham sandwich. Regrettably, these concepts do not appear to be grasped at the Obama White House, either. Thankfully, there are some in Washington who do understand.

Nearly a year ago, Freedom Alliance, the Center for Security Policy and The Heritage Foundation began urging members of Congress to convene a body to focus on issues of American sovereignty. On Wednesday, Reps. Doug Lamborn, Thad McCotter and Scott Garrett announced the formation of the Congressional Sovereignty Caucus – an entity dedicated to preserving U.S. sovereignty. More than 30 other members of the House of Representatives already have enrolled. U.S. Sen. Jim DeMint became the first member of the "world's greatest deliberative body" to join. They have their work cut out for them.

Yesterday, less than 24 hours after members of the Congressional Sovereignty Caucus met with supporters at the Capitol Visitor Center, the U.S. Senate confirmed the appointment of Harold Koh, formerly the dean of Yale Law School, as the legal adviser for the State Department. The 62-35 vote means that Koh is now in a position to negotiate treaties, affect international law and influence U.S. foreign policy. That's not good news.

Is the New World Order just an invention of parnoid conspiracists? Find out in "Hope of the Wicked: Master Plan to Rule the World"

Koh is a self-described "transnationalist," who "believes in and promotes the blending of international and domestic law." According to Koh, "U.S. courts can and should use their interpretive powers to promote the development of a global legal system." In short, he is a proponent of ensuring that citizens of the United States are in "obedience with international law." Unfortunately, the legal adviser's appointment is just the tip of the iceberg in the Obama administration.

Mr. Obama's nominee to become associate justice of the Supreme Court, Sonia Sotomayor, has spoken favorably about foreign law influencing U.S. legal decisions. In April, she argued, "To the extent that we have freedom of ideas, international law and foreign law will be very important in the discussion of how to think about the unsettled issues in our legal system."

This kind of "thinking" is now endemic among Washington's political elite. Secretary of State Hillary Rodham Clinton has asserted that the U.S. must "modernize and revitalize" international organizations and create new global governing institutions. Sen. John Kerry, now chairman of the Senate Foreign Relations Committee, urged that U.S. defense policy should pass a "global test" before being implemented. And while campaigning for president, our apologizer in chief declared in Berlin that he is a "citizen of the world."

I am not a "citizen of the world." Nor are the leaders on Capitol Hill who are members of the Congressional Sovereignty Caucus. We're American citizens. We raised our right hands and took oaths to "support and defend the Constitution of the United States against all enemies, foreign and domestic … (and) bear true faith and allegiance to the same."

Our Constitution does not establish a role for our courts, Congress or the State Department to build a "global legal system." The only obedience required of our judges and government officials is to the U.S. Constitution.

Our laws do not require "blending" with those of other nations. Our national defense budget is the purview of our elected representatives, not officials in other countries. America's sons and daughters serving in harm's way around the world as soldiers, sailors, airmen, guardsmen and Marines deserve protection from "international tribunals." Our Bill of Rights requires no ratification by the United Nations – or any other nation.

These are just some of the ideas that motivated the formation of the Congressional Sovereignty Caucus. In a time when our head of state is so willing to apologize for who we are as a people – and so uncertain about whether to support individual liberty for the people of Iran – it is reassuring that there are some brave souls in our Congress who are willing to stand for freedom – and American sovereignty. 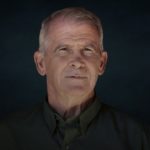