Our commander in his Cairo speech wanted all citizens to "make no mistake" about him being "perfectly clear" in his outreach to Muslims. With the power of his carefully chosen words, delivered with the cadence of a Baptist preacher, he believes he will bring the people of the world together in peace.

To quote his speech, "We know that is God's vision. Now, that must be our work here on earth. Thank you and may God's peace be upon you."

Wouldn't it be wonderful if those words alone could bring about world peace?

Unfortunately they cannot. Since the speech in Cairo, the religion of peace has been killing innocent women and children at breakneck speed. And while Mr. Obama stated, "I have come here to seek a new beginning between the United States and Muslims around the world; one based upon mutual interest and mutual respect; and one based upon the truth that America and Islam are not exclusive, and need not be in competition. Instead, they overlap, and share common principles – principles of justice and progress; tolerance and the dignity of all human beings," justice and tolerance are nowhere to be found.

Notice the recent headlines this month:

Apparently the many Muslims Mr. Obama was attempting to reach weren't listening. They must have been busy preparing rockets to direct at innocent Israelis citizens, equipping cars and motorcycles with explosives and strapping bombs on their children – all in the pursuit of pleasing Allah.

Just last Friday Islamic clerics in Iran called for the execution of the election protest leaders. Those leaders happen to be Muslims – more Muslims killing Muslims. We don't see Jewish, Christian, Buddhist or Mormon leaders calling for the heads of fellow believers because they speak up. Just Muslims.

I agree, Mr. President. So what are you going to do about it? Give another flowery speech while hundreds die?

Mr. Obama must challenge the leaders of the "religion of peace" to stop the violence and expose the evil in its rank. If they don't, there should be hell to pay. I have heard countless times how all religions should tolerate each other and how we should all get along, but I haven't heard one word of the consequences to follow for those who don't.

Mr. Obama can put as much lipstick on this as he wishes, but the Islamic faith is built on five pillars. The first and most important being Shahadah. "There is no god but Allah, and Muhammad is the Prophet of Allah." Doesn't sound like there is any wiggle room there. Islam is not big on tolerance, and yet Mr. Obama hopes to make them tolerant?

If Mr. Obama is to be successful in his quest to save the known world, his words must be accompanied by actions. If not, more innocent people are going to die whether he likes it or not. His words will not stop the bloodshed.

Islam also believes in the "Exhortation to Desist from Evil." There's only one problem. Many Muslims believe everyone other than a Muslim is evil and must be converted or destroyed. In the Twelver Shia doctrine, the pillars are called the practices or secondary principles. The first is jihad. It sounds like they would rather fight than switch. And their words are clearly backed up by action every day on the streets of Muslim cities and villages.

The time has come for the world of Islam to take a stand. Either they speak up by denouncing the violence and make the sacrifices necessary to stop the killing of fellow Muslims, or the blood of millions of innocent victims will be on their hands. Mr. Obama should stop enabling extremist Muslims and start making them accountable for the well-documented atrocities performed in the name of Islam daily.

He can deplore the violence and be dismayed all he like but words will not and have not stopped the bleeding. It is time he assert himself as the leader of the free world and encourage, if not demand, the global community to stop the horrors being played out every day in the Islamic world. Practicing the fine art of nuance in his words may thrill the media but Islamists are laughing and people are dying.

I believe Mr. Obama is sincere in his hopes for a more peaceful world. But he must come to the realization that we have to break a few eggs to make a world peace omelet. And until he lays down the gauntlet and spells it out in clear "make no mistake about it" terms his words are just that ... words.

As a professing Christian, Mr. Obama, while doing a masterful job quoting the Quran in appealing to the Muslim world, would be well served to remember the words of his Holy Book found in James 2:17, "In the same way, faith by itself, if it is not accompanied by action, is dead."

If the world is to put any faith in the words of Mr. Obama, his words must be accompanied by action. Otherwise, soon we may all be dead. 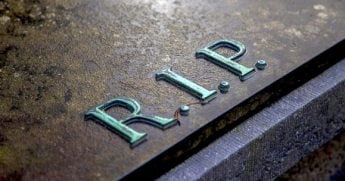 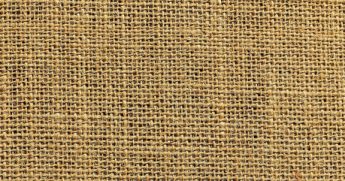