Why do some people – on both the left and the right – want to control the free flow of information and control what you and I talk about and report?

I admit it. I hate the L.A. Times. In fact, I strongly dislike virtually every daily newspaper in America. I also don't like the major television networks or most of the cable TV shows. I'm critical of them. But, I have never suggested they don't have an absolute right to peddle their lies. I've never called for an economic boycott of these purveyors of propaganda.

Nor have I ever attempted to hurt websites I don't like.

I just do my own thing with a live and let live philosophy, assuming that truth will prevail in the end.

However, the Big Media, the left-wing activists and even some so-called conservatives don't share my love of dialogue and free and open debate. They, on the other hand, are doing their best to shut down WND – to marginalize it, to suffocate it, to strangle it, to make it a dividing point, to advocate boycotts not only of WND but anyone who gives us the time of day.

Joseph Farah's book "Stop the Presses: The Inside Story of the New Media Revolution" explains why traditional news sources are gasping for breath amid Internet, talk radio phenomena

About all you have to do to get media attention, these days, is to call yourself a "conservative" and attack WND. You will become an instant media celebrity.

I submit Exhibit A for your consideration: A story this week in the L.A. Times – a newspaper, by the way, that formerly provided me with a regular forum on its opinion pages. Today, this paper's professional ethics permit it to smear me and my business without even bothering to ask me for comment.

Read this article and you will quickly glean that I am a danger to the republic, a threat to the success of the Republican Party and a purveyor of "fringe" conspiracy theories.

What are these people of afraid of?

But, most of all, these people are scared to death that WND continues to press Obama to release his birth certificate and other documents he is guarding like crown jewels.

They will go to any lengths to make their case against me and WND – including lie, cheat, steal, harass, distract and intimidate.

So, they are putting pressure on the Republican Party to stop doing business with WND – assuming this will reduce our advertising revenue to a small trickle.

WND is caricatured as one-sided, "right-wing" and extremely conservative. However, the reality is that WND, besides being the No. 1 independent news source on the Net, is also the most open and wide-ranging forum of opinion anywhere – on or off the Net.

Where else can you read opinions from Ann Coulter and Pat Buchanan on the right and Bill Press and Nat Hentoff on the left?

WND also has a strong sense of professional journalistic ethics. Therefore, when we do a story on someone, we actually make every attempt to talk to that person.

Not so at the L.A. Times, which, despite my status as a journalistic colleague and competitor, believes it has no such professional obligation.

Not so at MSNBC, where, night after night, its hosts (see Rachel Maddow's latest hit piece) rail against WND and me personally without once ever picking up the phone for an opposing point of view.

So what is it that they really hate about WND?

They hate the fact that they are unable to be a 100 percent effective police force on free speech.

I'm not afraid of facts. I'm not afraid of the truth. I'm not even afraid of opinions different from my own. And the proof of the pudding is what we produce every day here at WND and what they produce on their birdcage liners, on their TV shows with dwindling ratings and on their pitiful little blogs. 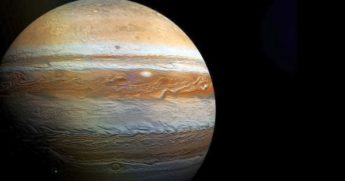