UNITED NATIONS – As the U.N. Climate Summit closed in Copenhagen amidst confusion and political controversy, just how press access was administered continues to be a source of debate, both in Denmark and at headquarters in New York City.

WND, whose credential request to cover the Copenhagen summit was erroneously rejected by U.N. officials, repeatedly requested a list of who received accreditation and who was rejected.

After waiting almost a week, the U.N. provided only the number of journalists in attendance but no more.

"It is not U.N. policy to release names of organizations, nor those (applications) that were rejected," said Isabelle Broyer, director of the U.N.'s Media Accreditation and Liaison Unit in New York.

Even diplomats at the U.N. expressed disappointment on how the world body fumbled the ball in Denmark.

"The Danish authorities did not properly prepare. ... I am hearing from friends (in Copenhagen) about price gouging, especially at the hotels. It is incredible. Many had to stay outside Copenhagen, it was so expensive," said a senior diplomat who requested confidentiality.

The New York Times reported that on numerous occasions, accredited diplomats were turned away at the summit's conference hall inside the Bella Center because of police attempts at riot control.

WND founder Joseph Farah has expressed his concern over the U.N.'s actions and intends to address them in person in the near future.

Meanwhile, as Farah prepares to meet U.N. officials, yet another controversy has arisen at the world body.

The U.N. currently is undergoing a five-year $2 billion renovation of its New York campus.

As part of the project, the resident press corps is to be relocated to the U.N.'s Dag Hammarskjold Library.

As the first elements of the U.N. press took up their new positions, they noticed some unusual "furnishings" that raised eyebrows.

A network of newly installed surveillance cameras, similar to those found in Las Vegas casinos, was spotted throughout the new facility. U.N. sources said $50,000 was spent on the work.

A U.N. blogger, Mathew Lee of Innercitypress.com, was one of the first to discover the new system.

But somewhat confusing explanations have been offered.

Ahmad Fawzi, whose department administers press facilities at the U.N., said the system was installed "to allay journalists' fears of thefts, when the initial design (of the press center) had no doors."

But Fawzi admitted that since doors with locks were eventually installed, "there is less need" for the cameras, though he did not commit to their removal.

The U.N. official also had no explanation for cameras placed just above locations for the Wall Street Journal and the Chinese news wire Xinhua.

Ironically, when the Chinese discovered the surveillance camera, they demanded, and got, the equipment removed quickly.

The U.S./U.N. mission and Ambassador Susan Rice refused comment on the newest controversy, however former U.S. ambassador John Bolton was quick to react.

"The UN has a knack for undercutting its own credibility. Who needs critics when the U.N. itself appears to be Big Brothering the media," he said.

WND reported earlier when U.N. officials rejected WND's request for media credentials for Copenhagen, then stood by the decision even though their stated reason for rejection was shown to be based on false information.

The dispute with WND over Copenhagen credentials ultimately prevented WND from covering the events firsthand.

In a commentary column about the issue, Farah wrote, "It's evident the U.N. is pulling out all the stops for a major global power grab in Copenhagen – and they don't want any impartial witnesses around to report its shenanigans."

If you're a member of the press and would like to interview Joseph Farah, e-mail [email protected]. 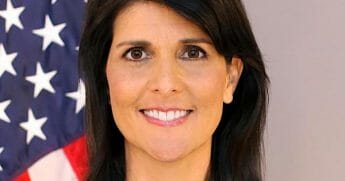