At the annual Conservative Political Action Conference, or CPAC, yesterday, Rep. Michele Bachmann, R-Minn., challenged the audience to work at their dinner tables and water coolers to convert liberals one at a time into "Pat Buchanan, WorldNetDaily-reading conservative[s]."

"These elections won't even be close if we take one person and make it our priority to utilize what we know is true," she told the crowd at the Washington Marriott Wardman Park Hotel in the nation's capital. "Persuade one person at a time and we'll take back Washington, D.C."

Bachmann's effort to "take back Washington" includes last month's unveiling the Declaration of Health Care Independence, now signed by nearly 100 lawmakers and approaching 9,000 Americans. The declaration is a commitment to protect the rights of the American people to make their own health decisions, reduce bureaucratic red tape, decrease intergenerational debt and implement 10 common-sense principles for future health-care reform.

Now you, too, can sign on to the Declaration of Health Care Independence – just as 100 members of Congress have done.

Bachmann's CPAC challenge came on the heels of relating a story about her oldest son, who made it a goal in medical school "to persuade one liberal to become a conservative." Her son told her that though his assigned roommate was "a San Francisco liberal," through a determined effort in between classes and exams, he diligently worked the powers of persuasion until one day, his effort was rewarded: The roommate emailed him a Pat Buchanan column from WND.

"I challenge everyone in this room to do what our son did," Bachmann said. "If he can persuade a San Francisco liberal to flip and be a Pat Buchanan, WorldNetDaily-reading conservative, you can do it too!"

Bachmann's story and challenge can be seen beginning at the 2:20 mark of the video below:

Bachmann's speech also touted a billboard campaign that included a picture of President George W. Bush with the caption, "Miss me yet?" and a town hall meeting in North Dakota where citizens were the speakers and politicians the audience as examples of creative ways conservatives are working to get their message out.

"I encourage you: Use your creativity, use your innovation," Bachmann said. "You have no idea what you will do to take back Washington."

Speaking on the Declaration of Health Care Independence she drafted, Bachmann told WND recently, "For us to go forward, it's important for those of us who are constitutional conservatives that we lay out what our vision is – our roadmap, so to speak, for any future health-care discussion. … The people have thoroughly rejected what the Democrats came up with in the Senate and the House."

Bachmann presents the following 10 points of agreement in her declaration:

We, therefore, the People and Representatives of the United States of America, do solemnly Publish and Declare that health care reform, as a matter of principle, must:

As for the Declaration of Health Care Independence, she is asking the American public to put pressure on President Obama and the Democrats in Congress to sign the document as well.

"We're encouraging them to sign," Bachmann said. "We're asking people to sign this and forward it to their member of Congress. Then, if there's a town-hall meeting, or if they are somewhere where their senator or congressman is, print out a copy of this declaration, wave it in the air at your member of Congress and say, 'Look! At least 95 members of Congress have already signed this. Why haven't you signed?'"

She said American's should hold their lawmakers' feet to the fire – in public if possible – and ask them whether they agree with the 10 constitutional conservative principles.

"Go on the offense. That's what we're trying to do," Bachmann challenged Americans. "We believe that members of the House and Senate need to answer to their constituents, whether they agree or disagree with this as a beginning platform going forward with health care. The American people have clearly repudiated what President Obama and the Democrats have put forward thus far."

What should citizens do if their lawmakers shut them out?

"This is my challenge: Right now, I challenge every reader at WorldNetDaily to print the declaration out, contact their member of Congress and report back on the WorldNetDaily website what they heard from their member of Congress," Bachmann said. "People can come back to WorldNetDaily. They can memorialize their experiences, and then we would know where these members of Congress truly stand. Do they agree with the people, or are they going to pursue a radical agenda that the American people have thoroughly repudiated?"

Share your experience now at WND's new forum if you have tried to get a member of Congress to sign the Declaration of Health Care Independence. 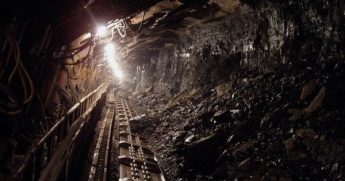