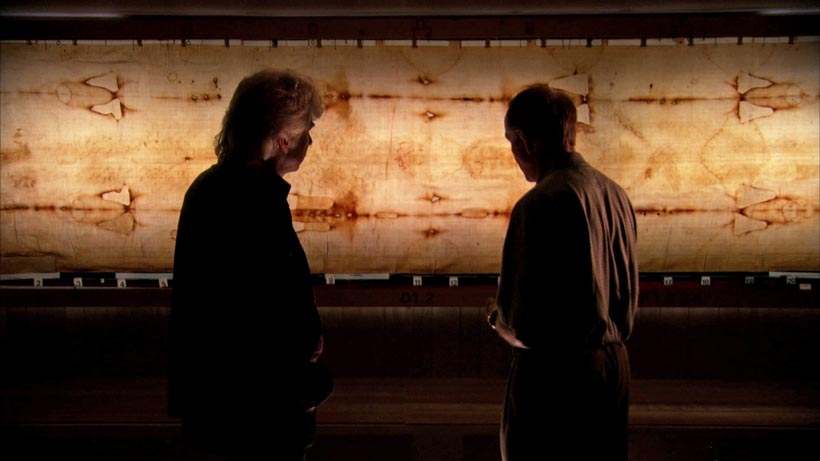 The world will have an extraordinary opportunity to look upon an undistorted, never-before-seen, moving 3-D portrait of a man who many think is the crucified Jesus Christ.

In just one week, graphic experts will bring to life an imprint on the holy relic known as the Shroud of Turin, believed by millions to be the burial shroud of Christ.

The Shroud of Turin bears the full-body, back-and-front image of a crucified man that is said to closely resemble the New Testament description of the passion and death of Christ. The 14-foot cloth long has posed mysteries because of its age and its negative image of a bloodstained and battered man who had been crucified. Believers claim it to be the miraculous image of Jesus, formed as he rose from the dead.

The History Channel will air "The Real Face of Jesus?" a special two-hour event that premieres March 30 at 9 p.m. EST. It aims to bring the world as close as it has ever come to seeing what Jesus may have actually looked like.

Get Jerome Corsi's 'The Shroud of Codex' at an incredible discount

Get No. 1 New York Times best-selling author Jerome Corsi's stunning new novel of faith and reason centering on the Shroud of Turin – titled "THE SHROUD CODEX" – at an amazing discount!

Computer graphics artist Ray Downing of Studio Macbeth used today's most sophisticated electronic tools and software in a yearlong effort to recreate the face imprint on the Shroud of Turin. "The presence of 3-D information encoded in a 2-D image is quite unexpected, as well as unique," Downing said. "It is as if there is an instruction set inside a picture for building a sculpture." 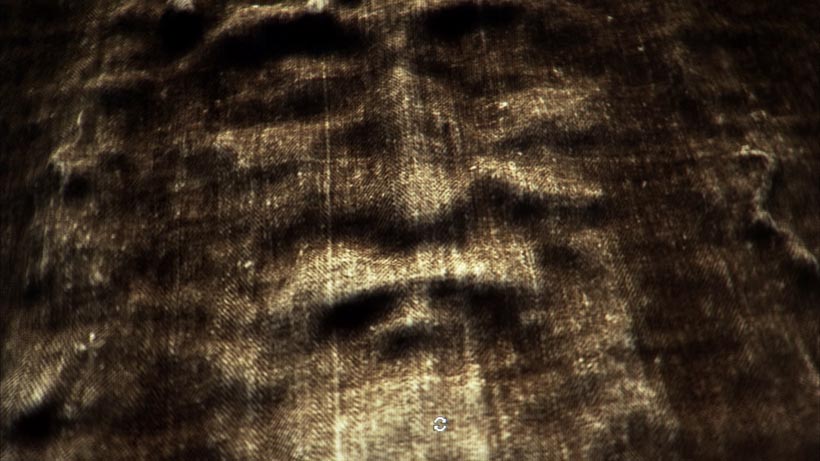 He told WND some scientists debate whether 3-D information is provided in the shroud. 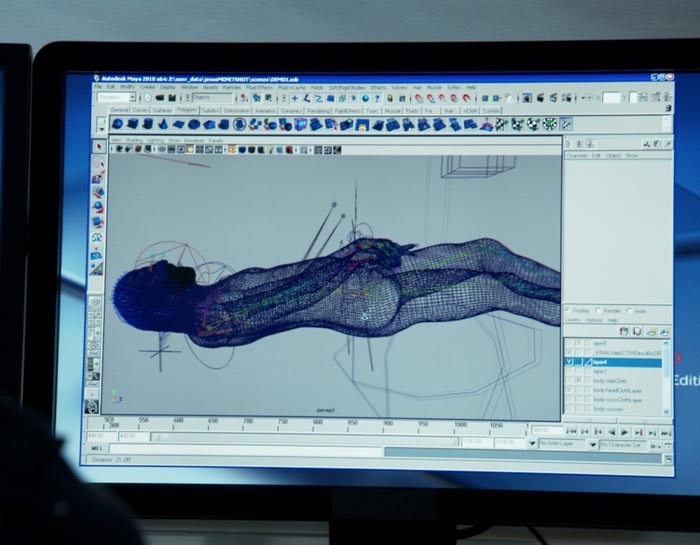 3-D computer image of body based on information found on the Shroud of Turin (photo: History Channel)

Downing used similar computer graphics techniques in 2009 to create moving images of Abraham Lincoln in "Stealing Lincoln's Body." He said in "The Real Face of Jesus?," viewers will learn how artists used the technology to build the figure.

"There comes a time in the show where there's a climax where we actually reveal the face of Jesus," he explained. "What you'll see is a very, very close shot of Jesus in the tomb, and then he comes to life."

Downing said there are two lessons within the story of the shroud.

The Shroud of Turin

In 2009, Downing and the History Channel traveled to see John Jackson, a physics lecturer at the University of Colorado at Colorado Springs who runs the Turin Shroud Center of Colorado, to learn more about the science of the cloth from the man who has studied it first-hand. In 1978, Jackson led a team of American scientists which was given exclusive access to the Shroud of Turin for five days of intensive scientific examination. Jackson has continued his analysis of that data until the present time.

"People are so fascinated by this because there's a real possibility that this might be the historic burial cloth of Jesus," Jackson told WND. "If it's the burial cloth of Jesus, then it would also be the resurrection cloth. Suddenly, you have a physical object – here we are 2,000 years later – that conceivably could just bring us right into the Easter tomb."

Jackson said the shroud shows all the blood wounds that are recorded in the gospels. Among Jackson's findings he cited:

"It would seem that it's pretty unique," Jackson said. "Crucifixion was done quite a bit in the Roman Empire. It was their way of controlling the population that they wanted to subjugate. But the crown of thorns, according to the gospel accounts, was something that was invented for Jesus because of his claim of being King of the Jews. He was also scourged as well. There was no record that the other two men who were crucified along with Jesus had it happen to them."

Jackson said generations upon generations of people have passed on the shroud, and much of the information about the origins of the burial cloth was not passed along with it.

"So you just have a degradation of what you know about this cloth," he said. "So you have to rely upon scientific archeology of the cloth to bridge over some of that ignorance and tie things together."

The cloth is in the custody of the Vatican, which stores it in a protective chamber of inert gases in Turin's Cathedral of St. John. History reveals it was exhibited in France about 1360 by Geoffrey de Charney, a French knight who owned it then. The Catholic Church in Turin, Italy, will exhibit the Shroud of Turin from April 10 through May 23, the fifth public exposition since 1898 and the longest in the shroud's modern history.

Jackson is preparing to embark on a pilgrimage to see the Shroud from April 29 to May 6 and is inviting the public to join him. The official website created by the Archdiocese of Turin for this year's exhibition estimates 2 million people will travel to Turin to view the shroud. Pope Benedict XVI is scheduled to visit the shroud May 2. 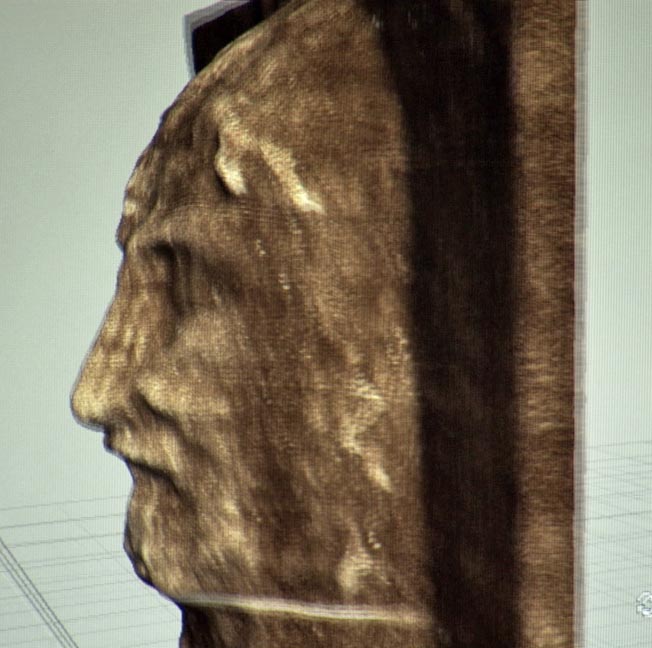 While the shroud was also shown in 2000, it was to celebrate the new millennium.

"I didn't expect the shroud to be shown again in Italy until about 2025, so about once every generation," he said. "Suddenly, we have the shroud being shown 10 years after the last time, so that's an opportunity that people might really want to consider taking because it's not going to be out next year. It may be 2035 before it's ever shown again, if you follow the averages of the last century."

Jackson has organized pilgrimages to see the shroud twice before. On his tour, he seeks to educate people about the shroud rather than simply capturing a glimpse of the cloth.

"We will bring own computer capability, and we will show just to our group what we think about the shroud in a lot of different ways," he said.

Jackson said he will explain the tablecloth hypothesis – or the idea that the shroud was the tablecloth at the Last Supper before it was used as a shroud. He'll also discuss its relevance to the resurrection and radio carbon dating, among various other topics of research.

"When we take people to the shroud, we want them to have a pretty good idea of what they're looking at so they can appreciate it more," he said. "I've been at this for 35 years and Rebecca, my wife, for 20 years. We want to take 55 years of thinking about this cloth from different perspectives and help people understand it the way we understand it."

Even after the 1978 Shroud of Turin Research Project subjected the shroud to scientific analysis, how the image was formed on the 14-foot-long linen cloth remains a subject of debate. The theory of the shroud being Christ's burial cloth took a serious blow in the late 1980s when scientists including those at an Oxford University laboratory performed the age-dating process on a fragment of the material and came up with the results that it was no older than the 13th or 14th century, more than a millennium after New Testament times. But Jackson later reported he had convinced Professor Christopher Ramsey, head of the Oxford University Radiocarbon Accelerator Unit, to test his hypothesis that carbon monoxide contamination could have skewed the test results by more than 1,000 years.

Ramsey later stated, "There is a lot of other evidence that suggests to many that the shroud is older than the radiocarbon dates allow and so further research is certainly needed." 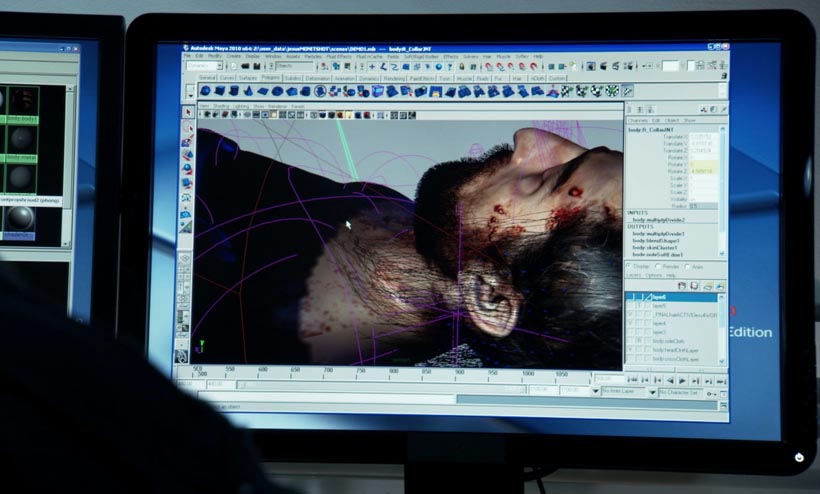 As for the History Channel documentary, "The Real Face of Jesus?" Downing said at the end of the show viewers will see something rather exciting and unexpected.

"There's a revelation concerning the nature of the encoded information itself," Downing said. "It's a discovery that's going to be there. It doesn't disprove the shroud. It's quite the opposite. It demonstrates that the shroud image is a result of a natural process."

He added, "It witnessed an actual physical event that Christians have come to call the resurrection."