This column by Supreme Court nominee Elena Kagan, courtesy of the blog Kagan Watch, was published Nov. 10, 1980, during her tenure at The Daily Princetonian, Princeton University's student newspaper.

Where I grew up – on Manhattan's Upper West Side – nobody ever admitted to voting Republican. The real contests for Congress and the state legislatures occurred in early September, when the Democratic primary was held. And the people who won those races and who then took the November elections with some 80 per cent of the vote were real Democrats – not the closet Republicans that one sees so often these days but men and women committed to liberal principles and motivated by the ideal of an affirmative and compassionate government.

Perhaps because of this background, I absorbed such liberal principles early; more to the point, I have retained them fairly intact to this day. And that was why at 12:45 Wednesday morning, when I listened to Liz Holtzman hoarsely proclaim that "the only thing I intended to lose in this campaign is my voice," I wanted desperately to believe her. And that was why, at 5:00 that same morning, when I finally realized that her faith just wasn't going to be confirmed, I sat down and cried.

I know that sounds sentimental and rather melodramatic to boot. So let me explain that I was not what one might call a detached observer. I worked for Liz Holtzman last summer – some 14 hours a day, six days a week. So that night I was at the Brooklyn Academy of Music, attending what I was fairly certain was going to be a celebration. Instead, it was a wake. And let me tell you there is nothing more depressing than drinking vodka and tonics and watching Walter Cronkite with 500 other people whose expectations had differed similarly from reality.

I got kind of drunk that night. A lot of people did. Most of us had grown to admire, even to love, Liz or rather, not Liz herself – actually, she was not terribly personable – but her intelligence, her integrity, her ideals. The defeat of those qualities by an ultra-conservative machine politician just come from the town of Hempstead was not a pleasant thing to watch.

And then, of course, less felt but equally significant were the other races. Reagan I expected, but Symms, Abdnor, Quayle and Grassley I did not. Even after the returns came in, I found it hard to conceive of the victories of these anonymous but Moral Majority-backed opponents of Senators Church, McGovern, Bayh and Culver, these avengers of "innocent life" and the B-1 Bomber, these beneficiaries of a general turn to the right and a profound disorganization on the left.

But as the grim tidings kept pouring in, those of us at the Brooklyn Academy were surprisingly unconcerned. Nobody quite believed at that point that the Senate would actually go Republican and, anyway, what did all the rest of it matter? Liz was going to win.

Even as the raw figures started coming in, showing dear old Alfonse in the lead, confidence was unflagging. After all, CBS insisted that their exit polls showed Liz the winner. And after all, this was New York – not South Dakota or Idaho or Indiana, but reliable, liberal New York.

It was around 11:00 that people started quoting Chicken Little. CBS revised its prediction, and the band resorted to holding up signs reading "Clap your hands" and "Sing along" in an attempt to rouse people from their lethargy. The attempt didn't work; it's hard to sing "For Me and My Gal" when there just ain't no bells ringing anywhere in hearing distance.

Looking back on last Tuesday, I can see that our gut response – our emotion-packed conclusion that the world had gone mad, that liberalism was dead and that there was no longer any place for the ideals we held or the beliefs we espoused – was a false one. In my more rational moments, I can now argue that the next few years will be marked by American disillusionment with conservative programs and solutions, and that a new, revitalized, perhaps more leftist left will once again come to the fore. I can say in these moments that one election year does not the death of liberalism make and that 1980 might even help the liberal camp by forcing it to come to grips with the need for organization and unity. But somehow, one week after the election, these comforting thoughts do not last long. Self-pity still sneaks up, and I wonder how all this could possibly have happened and where on earth I'll be able to get a job next year. 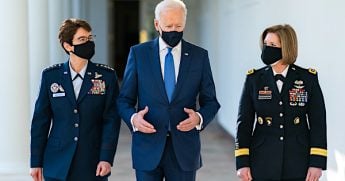