UNITED NATIONS – The Obama administration's decision to submit the United States to a United Nations "human rights" panel will be used a "cannon fodder" by critics of the world's leader in those rights, according to those who note that the Bush administration refused even to participate in the review process because of its bias.

The Obama administration recently turned in the Universal Periodic Review report for the United States to the international body's Human Rights Council, a panel that, according to a report from the Heritage Foundation, earlier saw:

The report said such "patently false reports" given to the U.N. were "accepted at face value and approved by the majority of members." Now, it warns, "Some of what the Obama administration wrote in the official U.S. report will be cannon fodder to the HRC during the U.S. review."

The 29-page document constituted the first time the U.S. had submitted a document to that U.N. panel. Under the Bush administration, the United States refused even to enter the discussions because, besides the clear bias in its reports, the U.N. has no legal standing even to hold the discussion.

"We voted against the resolution creating this new human rights council for many reasons, one part of which was this so-called Universal Periodic Review. An earlier version of this idea was intended to help keep human rights violators off the council ... That was junked, simply leaving a requirement that all 192 members of the UN submit a report every four years."

He said the idea of a mandatory "review" every four years is suspect in itself.

"The whole idea that the United States or anybody else has to submit to this review is just divorced from the original and underlying purpose ... Even worse, is the way the Obama administration wrote the U.S. report," he said.

The Heritage report, assembled by Brett D. Schaefer, the Jay Kingham Fellow in International Regulatory Affairs, and Steven Groves, the Bernard and Barbara Lomas Fellow in the Margaret Thatcher Center for Freedom, cited the Obama administration's own criticisms of the U.S.

"This paragraph's emphasis on group rights and achieving 'equality of results' rather than only 'equality of opportunity' is consistent with the HRC's often wrongheaded perspective on the nature of human rights," the foundation report said.

The report to the U.N. also stated: "A recent Arizona law S.B.1070, has generated significant attention and debate at home and around the world. The issue is being addressed in a court action that argues that the federal government has the authority to set and enforce immigration law. ... President Obama remains fully committed to fixing our broken immigration system."

But Arizona Gov. Jan Brewer stumbled over that characterization.

In a letter to Secretary of State Hillary Clinton, she said, "The idea of our own American government submitting the duly enacted laws of a state of the United States for review by the United Nations is internationalism run amok and is unconstitutional."

In the war on terrorism, Obama said it will treat al-Qaida as a state with full legal standing.

"President Obama is fully committed to complying with the Constitution and with all applicable domestic and international laws, including the laws of war, in all aspects of this or any armed conflicts. ...We start from the premise that there are no law-free zones," the report said.

"Even as we confront a vicious adversary that abides by no rules, the United States must remain a standard in the conduct of war," the White House said.

Other subjects addressed included education, employment and Indian affairs, none of which broke new ground.

Bolton complained that the document looked more like a "campaign" position paper than a non-partisan governmental review.

Officials with the U.S. State Department said the submission of the report is just the first step: the next will be a "formal presentation" by the U.S. government explaining to the panel at a Human Rights Council meeting in Geneva.

The Heritage report said while the idea of monitoring human rights may be sound, the actual U.N. process "has proven to be a flawed process hijacked by countries seeking to shield themselves from criticism – a flaw that the HRC shares with the broader human rights efforts in the U.N. system."

It cited the fact that the review for the U.S. probably will not go as smoothly as those of Chiina and Cuba.

"Countries deeply resentful of the U.S. and its practice of criticizing their human rights records in its annual 'Country Reports on Human Rights Practices' will seize with great glee the opportunity to accuse the U.S. of violating the rights of its citizens (and non-citizens). Human rights NGOs (including organizations based in the U.S.) will eagerly join them to make sure that their complaints, which are often unsupported if not specious, are highlighted," the report said.

"Aside from the [Obama] administration's obvious self-aggrandizement (President Obama is referred to over 20 times in the 25-page report, and his health care reform is credited with vast achievements that have yet to be realized, if they ever will), the U.S. UPR report generally defends America's strong record in the preservation of human rights," the report said.

"It remains to be seen how the HRC will react to the U.S. report this November in Geneva. But the UPR process thus far has been closer to farce than fact. Those countries bent on attacking the U.S. will no doubt come armed with plenty of criticisms regarding the U.S. record. The UPR report will provide them with some additional, unnecessary ammunition," said the Heritage Foundation. "U.S. participation in the UPR process itself already provides undue legitimacy to their complaints."

The Obama administration, however, said the chance "to discuss with our citizenry and with fellow members of the Human Rights Council our accomplishments, challenges, and vision for the future" is good.

"We welcome observations and recommendations that can help us on that road to a more perfect union." 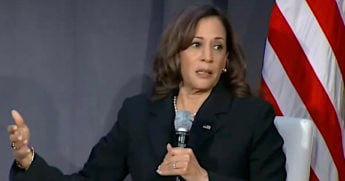