TEL AVIV – Top Christian leaders in Lebanon believe Syria is poised to become the dominant player in Lebanon after the Damascus regime cut deals with the Obama administration.

Separately, a source in Lebanon's pro-Western parliamentary alliance told WND that today's collapse of the Lebanese government by the Iranian-backed Hezbollah and its allies came after Hezbollah rejected a deal by Lebanese Prime Minister Saad Hariri.

Hezbollah is trying to pre-empt a United Nations investigation into the 2005 assassination of former Lebanese Prime Minister Rafiq Hariri. The long-delayed probe, which may be released within weeks, is set to finger Hezbollah members in the murder. Hezbollah does not want the Lebanese government to cooperate with the investigation or its release.

The pro-Western Lebanese political sources said that Hariri, who was in Washington today when Hezbollah led a resignation campaign that collapsed his government, adamantly refused Hezbollah's main demand that the Lebanese government would not prosecute any Hezbollah member indicted in the assassination.

The sources said Hariri had proposed a compromise whereby Hezbollah could remain in power, but not as an entity. Hariri said he would not object to Hezbollah members serving as individuals in the Lebanese government, but he did not want the group acting like a bloc.

Top Christian leaders in Lebanon, meanwhile, told WND they believe the militant stance from Hezbollah follows a larger deal between the Obama administration and Syria.

Two weeks ago, Obama bypassed the U.S. Senate by using a congressional recess period to directly appoint four new ambassadors, including the first U.S. envoy to Syria since 2005.

Also, as WND reported, the U.S. has been attempting to jumpstart talks between Israel and Syria aimed at an Israeli retreat from the strategic Golan Heights.

An Israeli security official said today there is no evidence Syria is paying any major price for reconciliation with Washington.

The official told WND the Syrians continue their military alliance with Iran. He said Syria has not stopped supplying Hezbollah with rockets and will continue to host the leadership of the Hamas and Hezbollah terrorist organizations.

The security official also noted that scores of recent attacks in Iraq originated with gunmen from along the Syrian border.

The Christian leaders, meanwhile, told WND they believe the U.N. Hariri probe eventually will be released. They charged the probe has already been whitewashed from accusing Syria directly.

They said they believe Syria will use any sectarian violence in Lebanon sparked from the release of the probe as an excuse to step up their direct military involvement inside Lebanon, purportedly for the stability of the country. Syria removed its nearly 30,000 troops from Lebanon in 2005, after almost 30 years of occupation.

The Christian leaders also said they felt "betrayed" by Saudi Arabia, which they accused of paving the way for Syria to re-enter Lebanon.

Obama today expressed solidarity with Hariri, who is due to fly back to Lebanon.

Obama stressed the importance of a U.N. special tribunal "to help end the era of political assassinations with impunity in Lebanon."

The
hot new best-seller, "The Manchurian President," by Aaron Klein, reveals inside
story on Team Obama and its members. Now available autographed at WND's
Superstore!

Is
Israel already done for? Find out in Aaron Klein's "The Late Great State of
Israel"

"Schmoozing with
Terrorists: From Hollywood to the Holy Land Jihadists Reveal their Global Plans
– to a Jew!"

"Everlasting Hatred:
The Roots of Jihad"

"Myths and Facts: A
Guide to the Arab-Israeli Conflict" 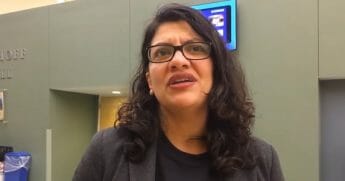