Next week marks the 25th anniversary of America's commemoration of Dr. Martin Luther King Jr. Day, while today is the 82nd anniversary of his birth. I believe that one of MLK's greatest works is his "Letter from the Birmingham Jail," dated April 16, 1963. This seminal writing established the moral foundations of Natural Law as the basis for the Constitution and eloquently connected it to the non-violent civil-rights demonstrations of the Birmingham campaign.

King's letter was a reply to an open letter "A Call For Unity," signed by eight white clergymen of Birmingham published in the Birmingham News on the day he was arrested. The "Call For Unity" was critical of the protests and provocative acts organized in Birmingham by "outsiders" and urged more tolerance, moderation and respect for the law as the courts slowly removed the most overt injustices of segregation.

Among the many issues discussed was the question of justice or injustice in a law and whether one has either a legal or moral obligation to obey an unjust law. Discussing unjust law, King harkened back to the great Catholic theologian St. Thomas Aquinas (1225-74) who championed the idea that the determining factor of a just or unjust law is when it violates Natural Law.

According to Dr. Charles P. Nemeth's 2009 book, "Aquinas and King: A Discourse on Civil Disobedience," authentic civil disobedience must first establish whether a law is just or unjust. In the first case, just laws bind, as St. Thomas would say, "Laws framed by men are either just or unjust. If they be just, they have the power of binding in conscience, from the eternal law from whence they are derived."

The expression "bind" can also be explained as "oblige." Allegiance and obedience to any law depends upon this first examination. A just law need be followed; likewise an "unjust" law need be opposed and even overturned. King completely values this dynamic when he states: "One has not only a legal, but a moral responsibility to obey just laws. Conversely, one has a moral responsibility to disobey unjust laws."

"In his Letter from the Birmingham Jail, King authors his most sophisticated correlation between just and unjust laws," writes Nemeth. King analyzes segregation laws with astonishing clarity. According to King, any law that disenfranchises an entire group on color or race grounds is ipso facto unjust, for a just "law is a code that a majority compels a minority to follow and that it is willing to follow itself."

Nemeth cites Susan Tiefenbrun who thinks that King's jurisprudence uses "several different metaphoric codes: religious, psychological and legal." In a different way, King ingeniously illustrates how a law can appear just on its face, yet in essence can be unjust "in its application." He uses the illustration of a rightful permit requirement – this being just in letter, yet virulently unjust in spirit when arbitrarily or capriciously withheld on racial grounds to preserve or advance segregation policy.

While there are many similarities between the jurisprudence of Aquinas and King, there are some subtle and notable differences: While Dr. King cites Natural Law jurisprudence on the unjust law, Nemeth contends that he is "more contemporary and humanistic in his analysis" than Aquinas. King repeatedly defines the unjust law as something "dehumanizing" and "degrading."

Both King and Aquinas analyze the law's effect upon the human condition, but Aquinas does so in a less theoretical way. Unlike King, there are examples of Aquinas questioning whether the law guides citizens to the good, to virtue, to correct ends. King's approach is to inquire whether the law raises and strengthens all humanity on equal terms. To this extent King's Natural Law jurisprudence is more complex than Aquinas' and includes economic, political and social-justice considerations, particularly at the organic or street level. King's view of justice demands an unequivocal answer to this question: Does a person have equal opportunity in their pursuit of happiness, and if not, why not? Thus, King combines both policy and metaphysical considerations when demanding justice from societies' "oppressors."

Nemeth uses this Socratic dialectic: If citizen A chooses to disregard Law B, what constraint might there be for Citizen B as to Law C? The civil disobedience exclusively exists on the idea of radical subjectivity that leads toward anarchy, so the argument goes.

In "Letter from the Birmingham Jail," King summarizes the problem:

In no sense do I advocate evading or avoiding the law, as would the rabid segregationist. That would lead to anarchy. One who breaks an unjust law must do so openly, lovingly, and with a willingness to accept the penalty. I submit that an individual who breaks a law that conscience tells him is unjust, and who willingly accepts the penalty of imprisonment in order to arouse the conscience of the community over its injustice, is in reality expressing the highest respect for the law.

In this way, Nemuth contends, King pays homage to Aquinas who relentlessly argued that a law is only a law if it is just. Unjust law fail to bind or oblige, are powerless to compel widespread obedience and are not worthy of the designation "law," and for this reason King concludes that civil disobedience can never be untethered from Natural Law. Unfortunately, many critics overlook the fact that the jurisprudence of both King and Aquinas rests on transcendent, eternal foundations.

The painful paradox of this 25th anniversary of Dr. King's birthday commemoration is that the civil-rights movement has been hijacked by Democrats, progressives, humanist academics and race demagogues who care nothing about Natural Law, which is the original intent of the framers of the Constitution. Until and unless this tyranny is rectified, America will remain in an existential constitutional crisis. 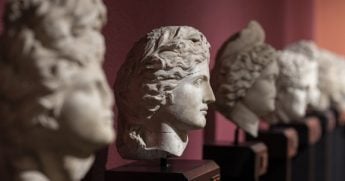