Not from lack of trying. But after having the "winter of no winter" (very little snow), we also had the "summer of no summer." Well into the third week of June, the cold and rainy conditions made it nearly impossible for vegetables to grow.

It was a harsh lesson in some ways. Right now a garden's failure is merely an inconvenience. But in times past, a garden's failure could be catastrophic. After all, the French Revolution was triggered in large part because people were starving. Some say the recent riots in Egypt were fueled by surging wheat prices.

Keep this in mind for a moment as we review some recent headlines:

Are you prepared for societal upheaval many believe is inevitable? Take the first step with Gen. Honoré's book, "Survival: How a Culture of Preparedness Can Save You and Your Family from Disasters"

Of course it's not just food that's an issue. What about debt?

British columnist Andrew Simms isn't afraid to state the obvious: "This year is the 10th anniversary of the fuel protests [when protesters blockaded British oil refineries, bringing the supply of fuels to gas stations to a halt], when supermarket bosses sat with ministers and civil servants in Whitehall warning that there were just three days of food left. We were, in effect, nine meals from anarchy. Suddenly, the apocalyptic visions of novelists and filmmakers seemed less preposterous. Civilization's veneer may be much thinner than we like to think."

Are you connecting the dots yet? This is the elephant in the room that everyone refuses to see: We're not as secure in this country as the government and mainstream media would like us to believe. There are sporadic news reports about dire possibilities, but few people are willing to connect the dots on the individual level. And yet it's well-documented that America, too, has a mere three day supply of food in stores, thanks to just-in-time deliveries and the efficiency of modern-day transportation and manufacturing systems. America itself remains a mere nine meals from anarchy.

What this means, of course, is just what it says: After three days with no food, the veneer of civilization breaks down and people will commit just about any violence necessary to secure some food for themselves and their families. Remember Katrina?

Except for localized disasters, how long has it been since we've had food shortages in America? Certainly not in my lifetime. For too long, our complacent, secure nation has viewed resource troubles as someone else's problem. There is a subtle underlying ethno-superiority when it comes to addressing scarcity. It's always "those people" (in other countries) who suffer, not us. We're Americans. We're better. We have our benevolent government to save us.

Lulled by entitlements that have pervaded our nation in the past few decades, we believe we will always have food. So we sit. And wait. And fold our hands. And refuse to help ourselves. And stay vulnerable.

Meanwhile, a 50-pound bag of rice can still be bought for about $25 and a 50-pound bag of beans for less. A hundred pounds of rice and beans will last someone a long time. That kind of food security is affordable for nearly every citizen in this country, especially since food – right now – is still relatively cheap and available.

Yet anyone who preaches about keeping a full pantry is endlessly mocked and ridiculed as a right-wing extremist, a fear-monger and even a domestic terrorist. For centuries, a full pantry was simply a sensible precaution against the inevitable variations in weather and personal economic conditions. But America has developed a sense of arrogance and an "it can't happen to me" attitude – coupled with an astounding ignorance of basic survival skills – that bodes ill for when disaster strikes. And history shows that sooner or later it will strike.

What worries me about this attitude is that when food shortages hit on a long-term basis or when unemployment spikes beyond the government's ability to provide, hungry folks will listen to anyone who claims to have the ability to solve their problems and blame others for causing the hunger.

Can't happen here? Don't fool yourself. Hunger has no nationality. It doesn't belong to any skin color, language or culture. Buy food now – because when the pantry is truly empty, it's too late. 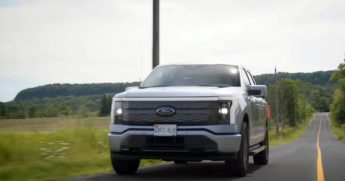