An attorney fighting in the courts for a determination of Barack Obama's eligibility to be president has petitioned the U.S. Supreme Court for review, citing as support a case the Supremes let stand that established a precedent for state election officials to remove ineligible presidential candidates.

The arguments were submitted today by attorney Gary Kreep of the United States Justice Foundation. He's representing Ambassador Alan Keyes, Wiley S. Drake and Markham Robinson in the case that up until now was being heard in the California state court system.

Kreep, along with attorney Orly Taitz, also represent the same individuals and others in a similar case that has been traveling through the federal court system. In that case, arguments were presented yesterday before the 9th U.S. Circuit Court of Appeals, but a decision has not been released.

Kreep's state court case was rejected by the California Supreme Court earlier this year, opening the path for appeal to the U.S. Supreme Court.

In his arguments, Kreep cites the decision by California officials in 1968, when the Peace and Freedom Party submitted the name of Eldridge Cleaver to be a presidential candidate. He said the California Secretary of State at the time, Frank Jordan, found Cleaver was only 34 years old, one year short of the 35 years old required by the Constitution for presidential candidates, and removed him from the ballot.

A legal case ensued and the U.S. Supreme Court by denying review affirmed the actions of the secretary of state.

"Similarly, in 1984, the Peace and Freedom Party listed Mr. Larry Holmes as an eligible candidate in the presidential primary," the arguments explained. "When the then SOS checked his eligibility, it was found that Mr. Holmes was, similarly, not eligible, and Mr. Holmes was removed from the ballot.

"In this case [Obama], we have a similar situation in that the Democratic Party submitted the name of Obama as a candidate for president," the arguments explain.

The arguments suggest that since the courts have determined they don't have jurisdiction in such eligibility cases, and there is no effective procedure to qualify candidates in Congress, the logical result would be to have election officials, such as the Secretary of State, make such decisions.

And regarding the removal of a sitting official who is ineligible, there is state Supreme Court precedent, the petition argues.

It was in the 1930s in North Dakota when Thomas H. Moodie was "duly elected to the office of governor," the case explains.

Later, "It was discovered that Thomas H. Moodie was not eligible for the position of governor, as he had not resided in the state for a requisite five years before running for office, and, because of that ineligibility, he was removed from office and replaced by the lieutenant governor," it confirmed.

The Democrat was nominated by his party for governor in 1934 and beat his Republican opponent, Lydia Langer.

"As soon as the election was over, there was talk of impeachment, but no charges were filed," the state's archives report. "After Moodie's inauguration on January 7, 1935, it was revealed that he had voted in a 1932 municipal election in Minnesota. In order to be eligible for governor, an individual has to have lived in the state for five consecutive years before the election. The State Supreme Court determined that Governor Moodie was ineligible to serve, and he was removed from office on February 16, 1935," the state reports.

The case there called the "lack of residential qualifications" a "legal disability."

"Here, in like manner, appellants allege that Obama is legally disabled by his citizenship status. Therefore, all votes cast in favor of the Obama/Biden joint and unseverable ticket by the California Electors should be deemed null and void, since the votes were cast for an individual ineligible to run for the office of president of the United States of America."

There is no constitutional provision addressing the process to determine candidates' eligibility, nor does federal law address the question, Kreep wrote. But he said the courts clearly have the authority to rule on the controversy at hand.

"The issue here is not one of determining new election law, but one of whether California was in line both with its own state constitution and the United States Constitution on this issue," the case alleges.

"The issue of whether Obama is eligible to serve as president of the United States is one that has 'significant political overtones,' given that it has a direct relation to the election of the most powerful political office in the Untied States, but it is, nonetheless, an issue which the courts can make a determination on, because the requirements for said office are clearly stated in Article II, Section 1, Clause 5, of the U.S. Constitution, and courts routinely decide questions such as at issue in this case."

At the appellate court level in California, the judges appeared to say a judicial review of a president's eligibility is a possibility – after the Electoral College and congressional procedures run their courses.

The results are found in the opinion that upheld a state district court's dismissal of a challenge to the procedures under which California's electors helped install Barack Obama in the Oval Office.

The appellate opinion in the case, which alleges both California Secretary of State Debra Bowen and the state's electors for the Electoral College in the 2008 election failed to verify that Obama is eligible, said the eligibility of candidates "is best left to each party."

And the opinion said should a "president-elect shall have failed to qualify" the responsibility rests with Congress.

But the opinion also suggested a line of responsibility that would include the courts. It warned that should Congress fail to act "in the first instance" – and during the 2008 election there was no action on the part of Congress regarding the issue – "Judicial review – if any – should occur only after the electoral and congressional processes have run their course."

It is Obama's status as a "natural born citizen" that is being questioned. The White House released a copy of a "Certificate of Live Birth" from Hawaii indicating that Obama was born in the state, but it also confirms that his father was a Kenyan national who was not a citizen of the United States.

Under the definitions that applied during the time of the founding of America and the writing of the Constitution, its requirement that a president be a "natural born Citizen" was understood to mean a citizen offspring born in the country of two citizen parents. 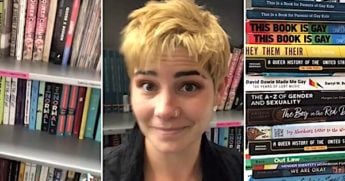