The tea partiers take legitimate credit for much of the upheaval in the 2010 congressional election, when Nancy Pelosi was tossed from her position as House Speaker and the Republicans were handed a new majority there – with enough party members to control the vote results without any help from Democrats.

But things have deteriorated a little bit since then, and activists joined today in a news conference to issue a warning to the GOP members they describe as "RINOs," for Republicans in Name Only, to start responding to what voters want, or else.

"We're deeply disappointed. Instead of a fighter for U.S. taxpayers, [GOP House Speaker John] Boehner has been a surrenderist, if that's a word," said William Temple, the chairman of the The Tea Party Founding Fathers' Freedom Jamboree and National Straw Poll Convention, scheduled Sept. 28 to Oct. 2 in Kansas City.

"He waves the white flag before the battle's even joined," he said.

The GOP incumbents in the House – as well as many of the newly elected Republicans – made a commitment for budget cuts of $100 billion right away – but then settled for "actually just $20 billion – about five days worth of U.S. borrowing," Temple said at a Washington news conference today.

The entire event has been posted online by C-Span.

Temple, who led the estimated 1.9 million marchers who protested in Washington last year against Obamacare, was joined by several other key leaders in the effort to return the federal government to the foundational concept of a "limited government" and halt the "treason" of massive debt loads for the next generation.

"Boehner and his Republicans are fiddling while Rome burns," Temple said. "The $38 billion in 2011 cuts they claimed were actually just $20 billion. … Washington is piling 40 cents per dollar of federal spending, $4 billion per day, on to the national debt and our children's backs, yet these wimpy House R.I.N.O.'s refuse to hide President Obama's Mastercard!"

The warning to Republicans coincides with the "No More Red Ink" campaign, a high-tech, grass-roots lobbying effort targeting House Republicans, who have the power to stop further borrowing in its tracks.

He said the House Republican majority has it within its own power, without any Democrats helping, to stop the borrowing and spending.

For $29.99, individual letters are delivered to each GOP member of the House asking them to freeze the debt limit and bring back constitutionally limited government and fiscal responsibility to Washington.

The national debt ceiling is about $14.3 trillion, and officials expect the country's current pace of borrowing to reach that figure within the coming few weeks. The "Red Ink" campaign explains that House GOP members alone – with no cooperation from the Senate or White House – could bring the borrowing to a halt by refusing to authorize an increase. They can do this simply by not voting to raise the debt ceiling. The result would be significant spending cuts by the federal government.

While Democrat leaders have been sounding alarms about the nation being in "default" on its payments, several groups have analyzed the budget and have confirmed the U.S. would take in more than enough money to make debt payments.

In a statement, U.S. Rep. Michele Bachmann, R-Minn., said, "It's time to reject the debt ceiling scare tactics and address the truly frightening reality that our debt is at $14 trillion and growing. The debt ceiling vote will offer an opportunity that was squandered during the vote for the 2011 Continuing Resolution. Even as you gather in Washington today, bureaucrats are spending tax dollars to plant the roots of Obamacare and make it nearly impossible for us to stop this massive, job-destroying, budget-busting entitlement."

"This is a serious threat to the family if we don't have some real leadership here," he warned. He cited the comments from Obama, then a senator in 2006, when he said, "Raising America's debt is a sign of leadership failure."

Vander Plaats said that's exactly the situation today, when Obama is demanding the increase in debt.

Farah told those in attendance the GOP members of the U.S. House have awesome power within their grasp – to refuse any tax increases that Democrats in the Senate or White House would want, and also to refuse an increase in the debt ceiling – and force the government to start living within its income.

"Without their assent [House Republicans] there is no chance for Democrats to continue business as usual," he said, "or even implement programs such as Obamacare."

Dr. Allen Unruh, the South Dakota chiropractor and tea party leader who made Obamacare the target of the tea partiers during 2009-2010, said, "The tea party, conservatives and independents of all stripes fought tooth-and-nail to stop Obamacare in 2010 – and yet in 2011, R.I.N.O. Boehner doesn't even have the horns to demand repeal of Obamacare as a baseline condition of a debt vote! If the House GOP goes with him, R.I.N.O. season opens with the 2012 Republican primaries."

Temple said constituents should stalk GOP members of the House – especially those it posted on a list – with phone calls, emails and picketing at their district offices.

"Red ink requires pink slips – federal layoffs and downsizing for DC's ruling class, just like for all the rest of us," Temple said. "Yet Boehner aims to maintain full federal employment while the private sector bears the brunt of a Washington-made economic collapse. I wish our tearful House Speaker would show some compassion for American taxpayers and our children, but he and Ryan have already surrendered to Obama. It's a cowardly act of treason against coming generations."

Temple also explained that GOP members of Congress are going to be scored on their decision whether to grant Obama more borrowing and spending authority.

"If you vote to raise the debt ceiling, you get a zero for the whole year. If you don't vote to raise the debt ceiling, you score 100. Everything else – from votes on the budget to riders to repeals to trivial spending cuts – is just smoke and mirrors. We will be judging the House Republicans and their Democrat colleagues on one issue only: 'DID YOU VOTE FOR MORE DEBT?'" he said.

Temple, a Revolutionary War re-enactor, is a Vietnam combat veteran who formerly worked at the Pentagon and as a Secret Service employee. He also serves as pastor at a small African-American church in Georgia.

He says the gathering scheduled in Kansas City will be a "Woodstock,"

Temple believes House Republicans have the power to bring federal spending back under control.

And he explained that voters actually realize some of the difficulties in making massive changes in Washington. To that end, Temple said, "We oppose more debt. But, because I know our people very well, I think it's safe to say that the tea party movement as a whole might possibly forgive Boehner and the House Republicans a bump in the debt ceiling if: 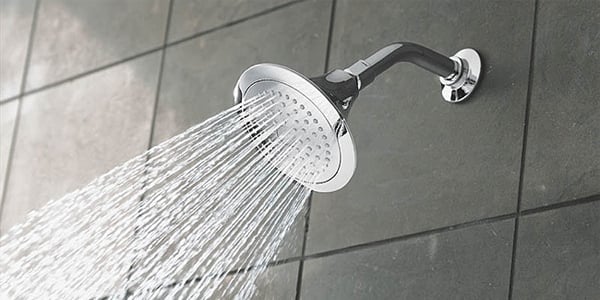