Republican members of Congress say they plan to keep up their fight against raising the debt ceiling despite continuing pressure from Treasury Secretary Timothy Geithner.

Geithner attacked GOP plans to veto a debt-ceiling increase last week during an interview with Politico, calling it "political theater" and warning their plans would do "irreparable" economic damage. The secretary has given Congress an ultimatum to increase the debt ceiling by Aug. 2.

"I think Republicans really have an opportunity to take a stand on this and to resist this effort," Utah's Republican Sen. Mike Lee told WND. "This has been drawn out, and I don't know how Secretary Geithner is saying how much an emergency the need to raise the debt limit is, considering by his accounting we now have until Aug. 2 and the immanency is no longer present."

Geithner previously told Congress in a Jan. 6 letter that the federal government would face a catastrophe were it to fail to increase the debt limit before May 16.

"This makes me worried about what he has planned," Lee said. "Is he planning on waiting until Congress is ready to take its recess … and then he is going to say, 'You are not going to be able to take your August recess unless you raise this'?"

Isabel Sawhill, a senior fellow with the Brookings Institution, defended Geithner, saying plans such as those introduced by Republicans like Pennsylvania Sen. Pat Toomey and South Carolina Rep. Mick Mulvaney to avert default are "naïve." Each has sponsored legislation that would avert default by requiring the treasury to pay interest on the debt first before paying other obligations, thus averting default.

"I think it's naïve to assume that even if we say we are going to pay interest on our debt, the fact we couldn't pay the rest of our bills wouldn't have a major impact both on financial markets and on life at home," Sawhill said. "If a business suddenly said to its vendors, 'Well, we are only going to pay interest on the debt and therefore we can't pay you what we owe you,' that business would be effectively bankrupt.

"I think it's either naïve or political posturing, one or the other," she said.

Mulvaney, however, disputes suggestions that prioritizing debt payments to avoid raising the debt limit would spook the markets.

The Treasury Department has the authority to prioritize its spending under current law, according to Mulvaney. But the legislation he and Toomey have offered would clarify any ambiguity with regard to Treasury's power and how it should be exercised.

Mulvaney and his GOP congressional colleagues say they plan to hold the line on increasing the debt unless it is tied to serious budget cuts.

Senior congressional Republicans say they plan to hold the line on raising the debt limit and that there is not a lot of support for increasing the debt limit in their caucus unless it is tied to passing spending strictures such as a balanced-budget amendment and/or statutory spending caps.

"The only reasonable concession that we need on the table is the passage of a balanced-budget amendment, because spending caps and 10-year spending plans are not binding on subsequent Congresses," Lee said. "The only way you can bind future Congresses is by amending the Constitution.

"To me that's the only position that makes sense," Lee continued. "It's the only condition that would ensure that we're not back in the same position every few months for the foreseeable future."

Lee has introduced a balanced-budget amendment that he says enjoys support from all of the 47 members of the Republican Senate caucus and from several Democrats.

The senator's constitutional amendment would also address federal spending as a percentage of total GDP by capping it at 18 percent.

The National Taxpayers Union worries congressional leaders have gotten themselves caught up with the wrong priorities by targeting spending cuts in entitlements first. Andrew Moylan, NTU vice president for government affairs, said his organization supports entitlement reform, but he believes imposing spending caps and passing a balanced-budget amendment should be a greater priority.

"These reforms are important by themselves because they will impose limitations on the growth of government, how much we can spend and ensure that Congress is going to balance the budget," Moylan said. "But because we are going to do all of these things, it will necessitate further reforms.

"They will be required to do Medicare and Medicaid reforms anyway just to meet the strictures of those limitations," Moylan said. "I worry a little bit that they are focusing on all of the wrong things."

Mulvaney and Lee warn current spending levels are unsustainable – currently around 25 percent of GDP – and that they could end up fueling high inflation, which the congressmen say could also increase interest rates on the national debt.

"Inflation is real, and back home we have folks in our district who are on fixed incomes – on Social Security and whatever – and it's really hard to tell them there's no inflation because everything they buy – food, medicine – has gone up dramatically," Mulvaney said. "Inflation to a certain extent is already here, and the government is sticking its head in the sand on what is affecting the folks back home.

"But looking ahead," he warned, "there are definitely inflationary pressures." 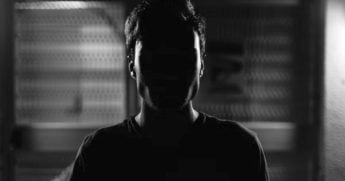