Journalists. We pay them well, we rely on them to inform us, they're the "filter" through which most of us see and understand our world.

But there's a problem – a very big problem. Today, an overwhelming number of "mainstream" journalists, rather than serving the traditional role of the press as professional truth-tellers, have shifted 180 degrees in their mission, to become – as July's sensational Whistleblower issue proves – "ANTI-JOURNALISTS."

The subtitle says it all: "Not only do they refuse to report the truth – they attack you if you do."

As this groundbreaking issue shows, America's establishment press has progressed way, way beyond "liberal bias." It has morphed into a virtual branch of government, an unofficial "propaganda ministry" for the establishment elite. As such, it thrives – along with the increasingly aggressive "media watchdog" groups like Media Matters – on attacking those who dare to speak the truth or ask unwelcome questions.

And little wonder: As "THE ANTI-JOURNALISTS" documents, none other than leftwing billionaire George Soros is now linked to – are you ready for this? – more than 30 major news organizations in the United States. And that’s just the tip of the iceberg of this amazing issue.

Highlights of "THE ANTI-JOURNALISTS" include:

"Maybe we should just call today's mainstream press 'the George Soros media," said WND Managing Editor David Kupelian. "No matter how much you think you understand the state of journalism today," he added, "you really have no idea how subversive and destructive it is without reading 'THE ANTI-JOURNALISTS.' Even I was shocked by some of what is revealed in this issue of Whistleblower."

First, you'll get the Emmy-winning DVD documentary, "A More Perfect Union: America Becomes a Nation." Watch how a handful of brilliant men, including James Madison, George Washington and Benjamin Franklin, lead a political battle to create a new form of government, one that establishes the standard of self-government to the world. This is the first comprehensive recreation of the stirring and heated debates between America's founders, during the sweltering summer of 1787, leading to the drafting and adoption of the Constitution of the United States. Filmed on location at Philadelphia's Independence Hall, Williamsburg, Va., and other historical sites, "A More Perfect Union" dramatically chronicles how America became a nation and those underlying principles that guard our freedoms today. (A $19.95 value, yours FREE as WND's gift for subscribing to Whistleblower.)

"This is a very important and consequential issue of Whistleblower," says Kupelian. "It's not just interesting and informational. It's crucial. It will prod you to action. The fact is, the consensus of real experts – as opposed to government propagandists and 'mainstream media' financial cheerleaders – is that inflation looms large in America's future. Thus it's essential that each citizen and family be prepared." (A $7.50 value – FREE!)

EVEN BETTER OFFER: Subscribe, renew or give a gift subscription for two years and you'll get a $10 discount on the already reduced two-year rate ($74.95 instead of the usual $84.95), and you'll receive three free gifts: You'll get both "A More Perfect Union" and "INFLATION NATION."

But in addition, you'll get the book Glenn Beck insists is the very first book Americans should read if they want to restore their nation to greatness – "The 5,000 Year Leap" by W. Cleon Skousen. The author explains in crystal clear, concise terms all that came together to create a nation that literally accomplished a 5,000-year leap in progress. Skousen covers in detail what went into the design of the U.S. Constitution, highlighting the original sources for the principles that inspired the United States, and showing how the Founders developed these principles from the studies of Cicero, Locke, Montesquieu and Adam Smith.

As "The 5,000 Year Leap" proves, it was because of the free-enterprise system that America produced such astounding inventions and ideas, from jet propulsion to the doubling of life expectancy. Within this narrative of success, Skousen weaves the story of America as a Christian nation, guided by divine providence and created for the liberty and rights of mankind. "The 5000 Year Leap" gives the reader a greater understanding of the origins of the United States of America, the consequences of deviating from the principles on which it was founded and all the characteristics that make this nation what it is today. (A $19.95 value – FREE!)

These special free book and DVD offers will end without notice and are good in the U.S. only.

If you prefer, you may order a single copy of the July issue, "THE ANTI-JOURNALISTS."

IMPORTANT NOTE: In order to prepare for the upcoming launch of a major new upgrade to Whistleblower, the magazine's hardworking staff is taking a rare production break, so there will be no August issue. All Whistleblower subscribers will, of course, receive a full 12 issues, and all subscription expiration dates have already been extended one month. 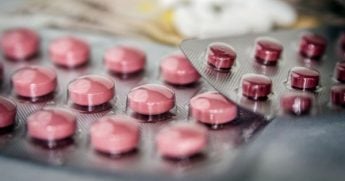