It's been acknowledged and expected that the race card is going to be an issue during this election cycle, perhaps even more than it was in 2008. Still, some of the effects of Barack Obama's ethnicity as a factor in the current political climate have yet to be acknowledged.

We know that President Obama has enjoyed a great deal of political latitude because he is black; one might offer the axiom "for better or worse," but mostly it has been for the worse, since his intention remains essentially to kill America off. I believe that if Obama were just another old white guy, he would have long since been impeached. Had he avoided removal from office, right now sage Democratic elders would be advising him not to seek their party's nomination.

As things stand, the GOP leadership and 2012 candidates should be screaming for the prosecution of Barack Obama and Attorney General Eric Holder (at the very least). Although facts relative to their high crimes are beginning to trickle out via the press – even the liberal press – they remain largely ignored by prominent Republicans, with very few exceptions.

I have previously stated the reason for this. No one wants to go down in history as having brought down America's First Black President, whether they be Democrat or Republican, politico or media mogul. Prudent from a public-relations standpoint, perhaps, but intellectually shallow, as was being fired up about Obama in the first place. While millions who voted for Obama in 2008 won't be voting for him in 2012, it's going to rub a lot of them the wrong way on the same grounds.

During the beginning of the industrial age, people across Europe and America tinkered with versions of the newly-invented "horseless carriage," essentially four-wheeled carts with various types of mechanical engines. There were thousands of patents filed in the 19th and 20th centuries for machines that later came to be known as "automobiles" ("motorcars" in Britain). Henry Ford didn't invent the automobile, he just came up with the first one that was commercially viable. As some older folks will recall, there were production automobiles (now vintage) which predated Ford that were novel and even elegant, but notoriously unreliable.

But people were fired up about them all the same. They purchased these automobiles until Ford, and later others, came up with cars that were commercially viable. To this day, occasionally auto manufacturers will introduce a model that bombs for reasons of mechanical functionality. They're called "lemons," and some states even have "lemon laws" that provide for consumer redress when people are sold pre-owned automobiles with significant mechanical defects.

President Obama is a lemon, and it's probably only fair to make such an analogy relative to a president who insists upon insinuating his administration so deeply into the automobile industry. Yes, it's just peachy that we live in an America that was finally willing to elect a black man as president, but voters (many of whom tend to look at things very superficially) simply got all fired up about the new "horseless carriage" (or the Chevy Volt, if you prefer), despite this model being terminally flawed.

Even if we ignore Obama's ushering-in-a-collectivist-totalitarian-state agenda, we can examine his relative commercial viability and find plenty of reasons why he should be relegated to the scrap heap of history. There's the fact that he took a bad economic situation in America and made it markedly worse. There's his foreign policy, which has made America a mockery on the international stage. There's his exacerbation of racial and class tensions in America. Finally, there's the fact that very few Americans are currently satisfied with his performance – and, as we all know, the customer is always right.

All of these things – until very recently – were overlooked primarily because he's black, but how's the "black" thing working for Obama now? On Sept. 26, Republican candidate Herman Cain said that he thinks blacks are "over this first African-American president thing." Now, Cain may be overconfident in this claim, and I continue to be profoundly irked at the religious zeal with which many blacks still defend Obama, but it's difficult to argue with a 25 percent drop in support for the president among blacks as represented in polling data (from 83 percent in April to 58 percent in September), even if one regards polls with an appropriately discerning eye.

So, those who may be concerned that their upcoming votes against Obama might be considered racist should bear in mind that our precious First Black President has given rise to a scenario wherein one in two blacks can't stand him! If Herman Cain happens to secure the Republican nomination, they can remain hung up on "blackness" if they like, and still cast an intelligent vote. 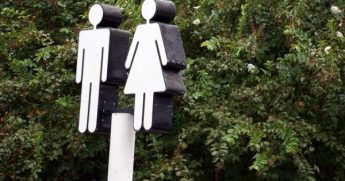