A member of Congress familiar with the controversial federal prosecution of two Border Patrol agents several years ago for confronting and shooting a fleeing Mexican drug smuggler now is demanding that Attorney General Eric Holder explain a conviction of another agent in similar circumstances.

"It's amazing to think that the federal government and the Justice Department in particular, under your leadership, continued with a case against one of our nation's own Border Patrol officers that ended with an excessive two-year prison term for restraining a smuggler," U.S. Rep. Duncan Hunter wrote to Holder.

"The incident involving Agent [Jesus] Diaz would have been far better suited for an administrative decision on the part of his immediate superiors. It's certainly not worthy of such a disproportionate prison term," he continued. "After what happened with [Ignacio] Ramos and [Jose] Compean, and now with the details of Operation Fast and Furious coming to light, the case against Agent Diaz is troubling.

"I believe you owe it to the men and women of our nation's Border Patrol and other law enforcement to set the record straight and explain why a two-year prison term is an appropriate punishment for Agent Diaz when smugglers and criminals are doing everything they can to evade our nation's security and illegally enter the U.S.," he told Holder.

"I hope you will think about what this type of decision means to those who are protecting our borders and provide a thorough explanation based on the concerns I have raised," he said.

WND previously reported that Diaz was sentenced to 24 months in jail for grabbing the arms of the drug smuggler and lifting them to make him comply with orders.

According to a new FreeAgentDiaz.com website, Diaz was "maliciously prosecuted at the request of the Mexican consul in Eagle Pass, Texas."

The legal case against the officer, who previously had been cleared of wrongdoing in two separate investigations, was "solely motivated by politics and is yet another example of prosecutorial abuse and misconduct while protecting Mexico's narco-terror influences," organizers of the website said.

The prosecution was conducted after the juvenile suspect, who reportedly was caught with some 75 pounds of drugs he had smuggled into the U.S., was given immunity by the U.S. government.

Border watchers will remember the extended battle fought by Border Patrol Agents Ignacio Ramos and Jose Compean after they were prosecuted, convicted and jailed, again at the request the Mexican government, for shooting at and striking a drug smuggler who reportedly dropped a load in the U.S. and was fleeing back to Mexico.

Their punishments ultimately were commuted by President George W. Bush, although they did not receive pardons, leaving their convictions on their records.

The Law Enforcement Officers Advocates Council said the prison term for Diaz was for "deprivation of rights under the color of law in allegedly lifting the arms of an illegal alien drug smuggler."

"We have reviewed the paperwork … as well as the official court transcripts. … The government's case is based on false testimony that is contradicted by the facts. This includes the charge that Agent Diaz was physically abusive to the then minor 'MBE' as noted by court documents and transcripts in that Diaz allegedly put his knee on his back and pulled back on his handcuffs," said a statement prepared by Andy Ramirez, president of the LEOAC.

Witnesses who claimed to have seen misbehavior also could not, as it was 2 a.m. and dark at the time of the incident on Oct. 16, 2008, the organization said.

"The agent who stood next to Mr. Diaz, Marco Ramos testified that he did not see anything that was claimed to have taken place," noted Ramirez.

Those who testified against Diaz not only didn't raise any objection at the time, they "went off-duty to a local 'Whataburger' restaurant, got their stories straight and reported it hours later to an off-duty supervisor at his house, he said.

The wife of Agent Diaz, Diana, also an employee of the Border Patrol, told WND in an interview that the maneuver used by her husband in the incident in 2009 was one that agents are trained to do.

"It was what we were taught at the academy," she said.

She said the couple at first thought the case was simply a mistake and Jesus Diaz soon would be cleared and back to work. However, a first trial, which was declared a mistrial because the judge ordered jurors not to take notes on the various stories they were told, and one did, enlightened both Jesus and Diana Diaz, she said.

She cited manipulation of testimony, evidence and even jury instructions.

They realized then that "this was going south," she told WND.

She cited some of the same concerns as LEOAC: conflicting testimony from the same witnesses at different times; changed testimonies, testimonies that contradicted reality (how could someone at a distance see what was going on at 2 a.m. without lights?) and the like.

She also noted that Jesus Diaz had been cleared of wrongdoing – twice – before federal prosecutors finally insisted on bringing a case. Diaz previously was cleared by the Office of Inspector General and the Office of Professional Responsibility.

She noted her husband even refused to "apologize" to the drug smuggler when ordered by the judge, because he hadn't done anything wrong.

She said there was no logical or reasonable reason for such an intensive prosecution.

"There was nothing there. If he had broken his [the smuggler's] skin, or a bone, if there was blood. But there was nothing wrong with him," she said. "Just markings on his shoulders from the drugs [carried in a backpack]."

Diana Diaz said her suspicion is that there was some high-level favor trading going on between the U.S. and Mexican governments.

She said she and her children are hoping for success on appeal, to clear her husband's name. She also pointed out the conflict that will develop otherwise, because in her job she's required to be armed. With a conviction, however, her husband would not be allowed to be around weapons.

"If I leave my purse in the vehicle… and he gets in. … There are so many things I have to deal with," she said.

She said after he was suspended from his job, he worked various shelf-stocking positions to earn an income.

Hunter pulled no punches in his letter to Holder.

"I'm certain that you will disagree, but there are striking similarities between the Ramos and Compean conviction and the Justice Department's case against Border Patrol Agent Jesus E. Diaz," he wrote. "For doing his job, Diaz was sentenced to two years in prison for improperly lifting the arms of a 15-year-old drug smuggling suspect while handcuffed.

"Reports indicate that the Justice Department cited the incident as a deprivation of the smuggler's constitutional right to be free from unreasonable force – something that I find hard to comprehend under the circumstances," he said.

Ramos and Compean were convicted of various charges that stemmed from  firing their service weapons at a fleeing drug smuggler, and they were given prison terms
of more than a decade.

While Bush commuted the prison sentences – releasing the former agents for time served – a pardon was not granted, leaving the felony convictions on their records.

The original case stemmed from the Feb. 17, 2005, shooting of Oswaldo Aldrete-Davila. The two officers said they thought Aldrete-Davila was armed and made a threatening move.

WND was among the first to report Aldrete-Davila then committed a second drug offense, smuggling a second load of 750 pounds of marijuana across the border while he was under the protection of immunity from federal prosecutor Johnny Sutton's office and in possession of a border-pass card authorized by the Department of Homeland Security.

WND also reported when Aldrete-Davila admitted to federal drug smuggling charges, was convicted and sentenced to federal prison for a 57 months.

In a commentary on WND, former Congressman Tom Tancredo explained how Diaz "mistreated" the suspect.

"The man was handcuffed, and allegedly, Diaz lifted his handcuffs to force him to the ground because he was not cooperative" he wrote. "These two Border Patrol prosecutions have more in common than the eternal vigilance of Johnny Sutton. In these cases and many others, the U.S. attorney's office was responding to protests from the Mexican government that its citizens were being mistreated by Border Patrol agents.

"Why do we see this acute sensitivity to the wishes and interests of the corrupt government of Mexico in matters of U.S. criminal law and U.S. border security? This is almost laughable, but to the 20,400 officers of the Border Patrol, it is more than a nuisance. It is a threat held over their heads daily," Tancredo said.

Aldrete-Davila was granted immunity for his drug smuggling by federal prosecutors in exchange for his testimony against the agents. He had crossed the Rio Grande and picked up a marijuana-loaded vehicle near El Paso. After a car chase in which he fled from the officers, he abandoned the vehicle and ran back across the border on foot. He was shot in the buttocks as he ran.

Bob Unruh
Bob Unruh joined WND in 2006 after nearly three decades with the Associated Press, as well as several Upper Midwest newspapers, where he covered everything from legislative battles and sports to tornadoes and homicidal survivalists. He is also a photographer whose scenic work has been used commercially.
Voting machine provider condemns Arizona ballot audit
Democrats set sights on arresting, charging, extraditing President Trump
Dems move on court-packing even though Biden commission 'studying'
State steps in when feds give Title X money to abortionists
School accused of violating Free Exercise clause with vaccine mandate
See more... 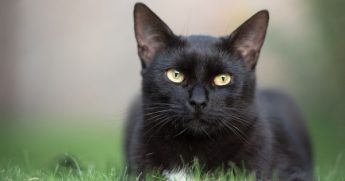