Parraz explained that his non-partisan 501(c)4 organization cannot run candidates to replace the members of the Board of Supervisors, should the board be resistant to putting the accusations against Arpaio on the agenda.

Parraz was asked whether his organization would support a campaign to defeat Chairman Andrew Kunasek or other members of the board and replace them with supervisors more favorably disposed to his political objectives.

"We'd bring it to our board if we wanted to take someone out, or hold Chairman Kunasek responsible," he told WND. "That would be a conversation we could have."

In 2008, Parraz was arrested during a protest at the Board of Supervisors after his predecessor group, Maricopa Citizens for Safety and Accountability, failed to place on the board's agenda their complaints at that time against Arpaio.

In 2008, after interrupting the board's meeting to ask why his concerns were being ignored, Parraz walked out of the auditorium in downtown Phoenix and was confronted by a deputy who insisted that he leave the building immediately.

In the continuing confrontation outside the supervisors' auditorium, Parraz and an associate were arrested, handcuffed and taken to jail.

According to the left-leaning Phoenix New Times, Parraz's 2008 arrest followed an incident the previous week in which about 300 Maricopa Citizens for Safety and Accountability demonstrators exited a Board of Supervisors meeting singing "My Country 'Tis of Thee" and waving American flags. In 1994, while yet a graduate student at the Kennedy School, Parraz was recruited to work as a community organizer in Dallas, Texas, by the Industrial Areas Foundation, or IAF, a Saul Alinsky-oriented organization based in Chicago.

According to the National Latino Congress website, it was in Dallas, working for the IAF, that "Parraz learned the fundamentals of the Saul Alinsky model of church-based community organizing."

The National Latino Congress further noted that after spending considerable time meeting with community and church leaders, "Parraz helped establish a unique partnership with the City of Dallas where a Central Area Coordination Team was created to meet the diverse needs of the predominately Latino citizens of East Dallas."

In 2002, the national AFL-CIO transplanted Parraz to Arizona to serve as the union's Arizona state director, a position he held until 2004.

During the two-year fellowship, Parraz and associate Scott Sherman pursued their idea of establishing a "Transformative Action Institute" by presenting their model for progressive social change to what the National Latino Congress estimated was over 1000 students at UC Berkeley, Yale, Princeton, New York University, UCLA, UC Irvine and California State University at Fullerton.

In 2007, Parraz returned to Arizona to work as a "residential organizer" for the Laborer's International Union of North America, better known as LiUNA. By 2009, he received total compensation in excess of $125,000 a year, according to the organization's official records.

In the spring of 2008, Parraz created Maricopa Citizens for Safety and Accountability, organizing a coalition of groups opposed to the strict enforcement of immigration laws by Arpaio and the Maricopa County Sheriff's Office.

After the Arizona legislature passed SB 1070, widely regarded as the toughest state law at that time to oppose illegal immigration, Parraz founded the East Valley Patriots for American Values, the EVPAV, to focus on the recall of Pearce.

Parraz evolved the EVPAV into the Citizens for a Better Arizona organization that dedicated its efforts to the Pearce recall, even though the tax-favored status of the organization requiring it to pursue a "nonpartisan" purpose.

In a recall election held Nov. 4 in which Democrats were allowed to vote, Pearce lost to his only remaining opponent – Republican challenger Jerry Lewis, a political moderate, but, like Pearce, a Mormon.

'Mastermind' of the Pearce recall

Anita Christy, the editor and publisher of the blog GilbertWatch.com, has identified Parraz as the chief architect of the campaign to recall Pearce.

Parraz "and other leftists joined together to shape public sentiment, demonizing Sen. Pearce and labeling him as extremist and inhumane," Christy wrote. "They flooded YouTube with videos depicting [Pearce] as a bullying white supremacist Nazi, and they wrote letters to editors, blog posts, Facebook entries, and commentaries at the end of online news articles."

Christy summarized Parraz's role in the Pearce recall campaign as follows: "(N)ot only has Parraz masterminded a successful recall against one of the best conservative senators Arizonans has ever known, but he also pitted Republican against Republican, and Mormon against Mormon."

The strategy to run a politically moderate Mormon against Pearce was designed to split the LDS community, especially given the language of the LDS "Utah Compact" on illegal immigration and a statement issued by the Mormon church June 10 that emphasized a policy of accommodation with illegal immigrants. The statement appeared to be written specifically to disavow the law enforcement approach articulated by Pearce and the Arizona legislature in SB 1070. 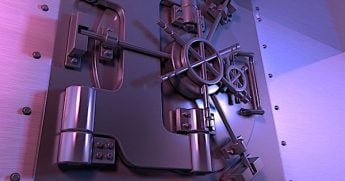