I just love it when news reports tell us that gas prices are up again and that they'll soon top $4 a gallon.

That's a laugh because in Northern California, depending on where you are, pump prices already are over that $4 level. It was a headline story in my local paper Saturday.

In San Francisco, where the number of gas stations is limited, drivers have been bilked that amount per gallon for weeks.

In the surrounding counties, it's like a daily lottery.

I have several stations I check regularly, and I try to pick the cheapest when I get the regular, weekly fill-up. To make it a bit easier on the wallet, I pay cash – that's the cheapest way to go and these days – any days – every penny counts. And, just to be ornery, I keep a record of the weekly prices!

Last week was something else! A week ago Friday, at all four stations, the price was $3.69 a gallon, and I filled the tank.

I checked the following Wednesday, and the price was up to $3.79. The next morning, at the same station, the posted price had jumped to $3.95!

So, at just one station over the span of eight days, the cash price per gallon went up 40 cents.

The same thing happened at the other stations in town but not quite at the same pace, even though they all wound up over $4.

All in all, it's enough to make your head spin, and it doesn't help when we have a president dedicated to make it virtually impossible for this country to be energy independent – specifically, oil independent.

Barack Obama was in San Francisco last week, during the span of time my gasoline prices were spinning upward. But while he was schmoozing with the high rollers aiming to bolster his campaign bank account, I doubt he wasted any time looking at what the little people were being subjected to at the gas pump, and I doubt he kept a record of what it cost to fuel the limos for his entourage.

Just today, I saw one San Francisco gas station posting all their prices over $4.20 a gallon.

I don't know that I'd say Obama doesn't care about the high prices. I think he does care – and he likes them!

What he really wants is for those prices to keep going up. He's made no bones about his desires to get us – all of us in the great U.S. – to use less gasoline and get out of our cars.

After all, the great leader says he wants us to be independent. He's told us that … how many times? The line is that we must be less dependent on foreign oil.

That's a lovely mantra if there were something to make that possible. What Obama has in mind is not "oil independence" as most rational people would understand that – meaning being able to supply our own oil needs from our own territory.

In Barack's playbook, oil independence means that we use as little of our own oil as possible. In fact, his ideal would be to use none of it at all – no oil, no natural gas and definitely no coal.

He wants us to find and develop other means to provide the energy we need in this country, whether meaning fuel for all forms of transportation to the fuel that produces the energy needed for electricity that keeps our economy and lives vibrant.

It makes a lovely story – as Obama sells it – green energy right from nature. You know, wind, sunlight, tides. It's so clean and tidy – except for the fact that we don't have the full technology to produce enough energy from those sources to provide what we need.

What happens when there's no sunlight, or no wind, or the tides change? That part is ignored. If you doubt any of that, check out the problems in Great Britain, especially on days when there is too much wind and the towers have to be shut down or when no sun means no electricity.

Somehow, that part of the green scenario is ignored by the politicians on the green bandwagon and by the media drones who wear blinders to reality.

Then there's the drive to tax oil companies out of existence and replace them with thousands of acres of solar panels.

But wait a minute – governments on every level are sorely dependent on the huge taxes consumers pay on gasoline: excise and sales taxes plus environmental fees and in some states, tobacco taxes.

If that money were lost, state budgets would crash even worse than they are now.

Californians pay 49.1 cents in state taxes and 18.4 cents in federal taxes per gallon for a total of 67.5 cents per gallon. Only New York and Connecticut are higher.

When Obama was inaugurated, gas was $1.89 a gallon.

Remember that on Election Day. I will.

Barbara Simpson
Barbara Simpson, "The Babe in the Bunker," as she's known to her radio talk-show audience, has a 20-year radio, TV and newspaper career in the Bay Area and Los Angeles.
Could anyone replace Rush Limbaugh – ever?
Joe Biden's welcome mat for illegals
Churches are still closed in 90% of California
Biden's largesse to illegals … at our expense
Here comes 'good Catholic' Saint Biden
See more...

LifeSiteNews says it has been financially blacklisted by Google 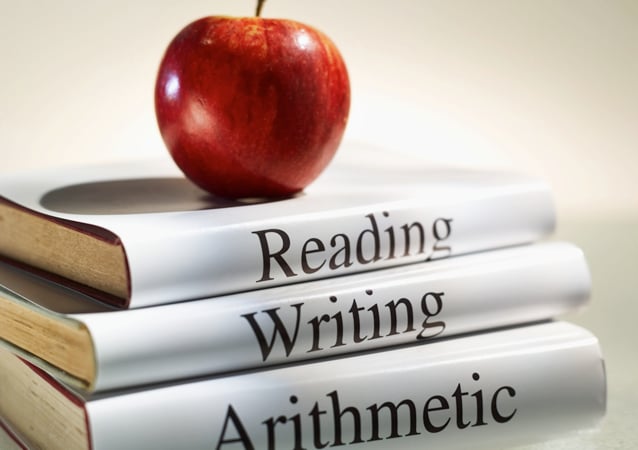 PragerU: What are your kids learning in school?