WASHINGTON – The Gay and Lesbian Alliance Against Defamation has created an enemies list of 36 commentators – including pastors, authors, radio talk-show hosts, pro-family activists and researchers – in an effort to limit the effectiveness of their media outreach.

The formulation of the list is the work of GLAAD's "Commentator Accountability Project" that aims to "educate the media about the extreme rhetoric of over three dozen activists who are often given a platform to speak in opposition to LGBT people and the issues that affect their lives." "Hate is not an expert opinion," said GLAAD's Herndon Graddick. "In most cases, news outlets invite reputable experts to speak on the subject at hand, but when talking about LGBT issues, open hostility and anti-LGBT bias seems to be all the credibility required. This project holds these so-called 'pundits' accountable for the extreme anti-LGBT rhetoric they continue to spread."

GLAAD encourages individuals to alert the organization when those on the enemies list appear on local or national news.

In response, Farah said he has never spoken a hateful or defamatory word about homosexuals in his life. "The Gay and Lesbian Alliance Against Defamation should more accurately be called the Gay and Lesbian Alliance Against Criticism," said Farah. "These people actually believe that if you have a different viewpoint and a different value system from them you are a hate-filled, bigoted monster. Here's a group that claims in its own name that it is 'against defamation,' but actively defames those with whom it has disagreements. Not one example of hateful or defamatory language is offered as evidence against any of those listed in this report."

Matt Barber, vice president of Liberty Counsel Action, also is listed, and said, "I count it an honor to be included among such a distinguished list of pro-family warriors. As Christ followers, we will never stop speaking God's truth in love."

McCullough, a nationally syndicated radio host and one of the 36 commentators, said it is ironic that GLAAD's goal of "shutting people's voices down … will somehow make their arguments more sound."

He said, "I've never appeared as someone who claimed to even represent much less serve as an 'expert' on the private lives of the LGBT community. … When I am asked to speak on a public forum it is as a person who speaks with and interacts with millions of people daily through a media company that myself and actor Stephen Baldwin began four years ago. Because we have a platform that engages people in conversation about these things and every other cultural issue imaginable we have a good idea of how OUR constituents think."

Zack Ford at Think Progress was gleeful: "This jig is up," he wrote.

"Now there is an accessible hub for these quotes … to ensure that pundits don't get away with being conservative standard-bearers without taking responsibility for the many dangerous lies and offensive values that define them." 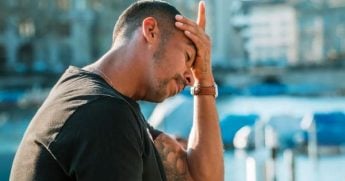 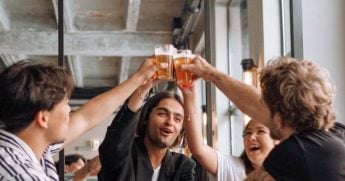