Some pig farmers in Michigan say they fear the state now is in league with major influences in the pork industry and are gunning, literally, for their small-time family operations to take away any potential competition to "Big Pork."

The issue is a program adopted by the state Department of Natural Resources, which has by administrative order declared one swine species an invasive species and made it illegal to own.

But the farmers say the description of the outlawed swine species makes it possible that their farm-raised and farm-confined animals also could be banned.

Officials with the Bakers Green Acres farm said their operations "may be shut down by a government entity who (sic) has passed a law stating that the breed of hogs they are raising are a threat to neighboring croplands."

The statement continued, "In truth, the Big Pork Industry has been planning this campaign to take down all family farms with hopes to eventually [seize] complete control of the American food supply."

Ed Golden, a spokesman for the state agency, said the state will begin enforcing its ban on the species April 1. He said the agency has been trying to work with farmers who raise the now-banned animals to get them into compliance with the new dictate.

But he said he would not explain how the agency would enforce the ban starting next month, because at that point any such actions would be "law enforcement."

A spokesman for the Farm-to-Consumer Legal Defense Fund called the move a "brazen power grab" by the state.

Pete Kennedy wrote, "The Michigan Department of Natural Resources is using the state Invasive Species Act to expand its jurisdiction beyond hunting and fishing to farming operations."

He said the DNR has issued its own order to allow agents to "seize and destroy heritage breeds of pigs that farmers are raising; and DNR will not compensate farmers whose pigs are destroyed. In the logic of the department, 'Indemnification in (Michigan) statute is for livestock and invasive species are not livestock, and are therefore, not eligible for indemnification.'"

He noted four different lawsuits have been filed over the issue, including one on behalf of the Baker farm operation just last month. Kennedy confirmed, "There are two political agendas at work here. According to Baker's complaint, DNR has tried unsuccessfully for many years to have the legislature eliminate hunting estates and preserves. In these facilities, privately owned pigs and other animals live in a contained natural environment where customers pay for a chance to hunt and harvest these animals. DNR earns revenue from fees paid by those hunting on public lands; getting rid of private hunting preserves would increase the department's income."

And he said, "The other agenda at work is that of the Michigan Pork Producers Association who has publicly supported the ISO [Invasive Species Order]. In a February 27 editorial published in the Manistee Advocate newspaper, Sen. [Darwin] Booher mentioned, 'The small famers I have talked to wonder why the DNR is singling out their pigs and is joining forces with the Michigan Pork Producers Association on this issue. They believe the association wants all pigs to be raised in confinement facilities, and the best way to achieve that is to make it illegal to raise certain swine, especially those offering alternatives to the white pork raised in confinement.'"

The state has listed a number of characteristics, including underbelly fur, tail structure, ear structure and skeletal appearance, that would define an animal as banned.

Kennedy wrote that Baker's pigs "have a number of characteristics listed in the ISO. As pointed out in the farmer's complaint, 'There is nothing inherently vicious or unhealthy about the breeds of pigs targeted by the ISO. Any pig, whether used in 'domestic hog production' or not, will exhibit the same problematic behaviors if allowed to become feral, that is, to live outside the husbandry of humans."

At Natural News, Mike Adams explained, "The state has said it will 'destroy' these pigs beginning in April, potentially by raiding local farms with government-issued rifles, then shooting the pig herds while arresting the members of the family and charging them with the 'crime' of raising pigs with the wrong hair color."

He continued, "Yet these are the very pigs that farmers and ranchers in Michigan have been raising for decades. The state doesn't seem to care about this, and there are indications that this ISO may have been nudged into position by the conventional pork industry as a tactic to wipe out its competition of local, specialty ranching conducted by small families and dedicated farmers who don't work for the big pork corporations."

On the state website, officials offer information about 340 feral swine sightings in Michigan by the end of 2011.

"Feral swine are a problem for two main reasons – they can host many parasites and diseases that threaten humans, domestic livestock and wildlife; and they can cause extensive damage to forests, agricultural lands and Michigan's water resources," the agency said.

"Hunting and breeding facilities in possession of [this specific swine type] after April 1, 2012, will face legal action by the state," the agency warned.

Baker argues his case in an online video:

"The Michigan DNR has said that hogs that have certain characteristics are feral," he said. "In my dictionary, a feral hog is a hog that lives outside of the fence. They're not the ones that are under the supervision of human husbandry," he said.

"They say because my hogs have erect ears, and they have a wooly coat and certain colorations, and a flat nos … they say that my hogs are feral." 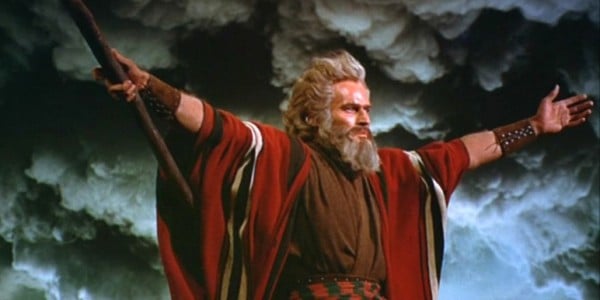