Barack Obama happened to be president when the U.S. military finally caught up with Osama bin Laden. Regarding Mr. Obama's role, not much more can be said – unless, of course, we might dare find it appropriate to touch upon the blatant hypocrisy of Obama.

For the most part, even conservative pundits have been content to let Obama beat his chest and relish his war-hero fantasies. After all, Osama bin Laden was killed. But now that Obama is using Osama's death as a political weapon in an election year, I think the rules have changed.

The killing of 9/11 financier Osama bin Laden may have been cause for celebration, but it provided no legitimate basis to prop Obama up as some sort of gutsy security or military president.

When the liberal press gushes over Obama's "gutsy" call they forget to mention that Obama sat on U.S. intelligence of Osama's Pakistan compound for eight long months before acting. By mid-February of 2011, intelligence confirmed that bin Laden resided in the fortified home. And at crunch time, it still took Obama 16 hours to give the Special Forces the green light.

Mr. Obama has a pattern of being indecisive over military matters. "Barack Obama's 'dithering' hurts Afghan mission, British sources say," was the title of a story in 2009 by the Daily Telegraph. That headline was in reference to Obama's vacillating for months over the decision to send additional troops to Afghanistan after the military's request had been made.

Mr. Obama dithered over the order to take out Osama for the same reason he dithered over sending troop reinforcements to Afghanistan. Obama is fundamentally an anti-military leftist who oddly must role-play a commander in chief. As a hard leftist, leading from behind and deferring military authority and decision making to the United Nations is Obama's preferred method.

But as commander in chief not all decisions may be delegated. Anything other than taking Osama out would have been political suicide for Obama.

Mr. Obama's problem was that giving the order to summarily exterminate bin Laden (without Due Process, Miranda rights, formal charges and a civilian trial) was against everything Obama stood for. That conclusion doesn't require guesswork. All one needs to do is review Obama's own words.

In condemning the anti-terrorism policies of George W. Bush, Obama preached ad nauseam with lifted chin from 2008 through 2010 on his version of the rule of law, American values and the moral and legal high ground.

Perhaps the greatest irony of Obama's unfitting hero-status is that Osama would not have been located without the interrogation policies of the Bush administration, which Obama decried and made illegal.

A "dark and painful chapter in our history," is how Obama in 2009 referred to the enhanced interrogation that provided vital information, leading our military ultimately to bin Laden's home in Abbottabad, Pakistan.

Khalid Sheikh Mohammed, the mastermind of the 9/11 terror attacks, coughed up a little water along with critical information. Alarmingly, he was almost given a microphone to the world from a New York City courtroom. He was ever so close to challenging in open court the "dark and painful" experience of being waterboarded at the hands of the unjust Bush administration. If Obama had gotten his way, Mohammed would have been afforded a civilian trial complete with all the (pretrial, trial and post-trial) constitutional rights of U.S. citizens.

Unfortunately for Obama and his attorney general, a sharp turn in public opinion sort of rained on their parade and the radical dream of affording foreign terrorists the protections of the U.S. Constitution faded away.

Reporting on the Obama administration's 180 on civilian trials for 9/11 terrorists, the Los Angeles Times reported in 2011 (about one month prior to bin Laden's assassination):

In 2009, the Obama administration had pushed to try Mohammed in a civilian court in New York, but faced complaints from Republicans and Democrats, who opposed moving the terror suspects to U.S. prisons.

The Obama administration had sought civilian trials arguing the decision was a moral and legal one. By moving the trials to a civilian venue, the United States would demonstrate its commitment to the rule of law.

"We need not cower in the face of this enemy," [Attorney General] Holder told Congress at the time, explaining his decision. "Our institutions are strong, our infrastructure is sturdy, our resolve is firm, and our people are ready."

Obama strongly backed his attorney general, telling reporters on a trip to Asia: "We have to break ... this fearful notion that somehow our justice system can't handle these guys."

The truly "gutsy" call was made by the U.S. press in holding Obama up as a hero for ordering the extrajudicial execution of Osama bin Laden without mentioning Obama's glaring hypocrisy.

How did Obama go from affording full constitutional rights to 9/11 Islamist terrorists to summary execution at his arbitrary command? The press somehow missed that transitional story. Was Obama's ground-shifting makeover of his beliefs on the rule of law and our deeply held values imperceptible to the establishment press?

On the first anniversary of bin Laden's demise, The Washington Post ran a story titled, "Bin Laden death presents Romney with a challenge in hitting Obama's security record." I don't think the title or the piece itself was meant to be humorous, but sometimes unintentional comedy is better than prepared scripts.

Even the Post puff piece couldn't avoid mentioning Mitt Romney stating the obvious: "As the former Massachusetts governor said earlier on 'CBS This Morning,' 'any thinking American would have ordered the exact same thing.'"

And, significantly, any thinking American would have acted quickly – unless, a thinking person's own words and out-of-sync ideology caused a moral dilemma. Mr. Obama did order the raid. It just took him a little longer than it would have taken most Americans.

At worst Obama is a shameless hypocrite bending and twisting with the political winds. At best, he is a morally confused hypocrite. Either way, Obama is no gutsy terrorist-killer. 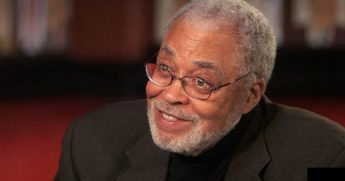