When people who are fat and flabby begin to get in shape by lifting weights, they are often surprised to discover that, although they lose inches off their waistline, they don't actually weigh any less. This is because muscle is much denser than fat, and an amount of muscle takes up about one-third the space as the same amount of fat. The change in a person's shape is a qualitative one rather than a quantitative one, and such changes will often have a bigger result on how he looks and feels than simply losing weight while maintaining the same fat-to-muscle ratio.

Although Paul Krugman and a few other mainstream economists are finally beginning to admit that the U.S. economy is not only in a depression, but has been in a depression for some time now, their neo-Keynesian models, which are entirely quantitative, still do not permit them to understand how or why that is the case. With their singular focus on gross domestic product, or GDP, they completely fail to even try to understand how qualitative changes in outstanding credit market debt have a significant effect on the economy.

According to the Bureau of Economic Analysis, or BEA, there has been just over $1 trillion in nominal economic growth since the second quarter of 2008, when the current economic crisis began – $1,066 billion to be precise. This is about 40 percent of the $2,564 billion of the economic growth that took place during the 15 quarters from 2004 to 2008 that preceded that period, which explains why the financial media has been describing the last four years as a slow economic recovery. There is GDP growth, but it is less than half what it had recently been; therefore, things are getting better. They're just not getting better as quickly as everyone would like.

So, why do things feel so much worse than the economists are telling us they are? Because, due to the aggressive actions of the federal government, which doubled its outstanding debt in the last four years alone, there has been a significant qualitative change in the economy that does not show up in the quantitative measures.

The U.S. economy is a debt-based economy. Since 1980, all of its economic growth has been the consequence of increased debt rather than increased wealth. Unlike wealth, however, debt must eventually be paid off, defaulted or replaced with new debt. The chart below shows what has been happening in the various debt sectors during the same post-crisis period that the national economy nominally grew $1 trillion. Note that "Total" indicates the percentage increase in the total amount of outstanding debt whereas "Total 60" indicates the hypothetical percentage increase in the total amount of outstanding debt if debt had increased at the rate of its pre-crisis average over the preceding 60 years. While total outstanding debt has grown 6.46 percent over the last four years, an increase of $3.3 trillion, this is only a fraction of the $8.25 trillion it should have grown according to the historical average rate of debt growth. It is not a coincidence that the debt growth has been 40.6 percent of the amount predicted by the historical rate, which almost perfectly matches the 58.4 percent missing GDP growth.

The bigger problem is that nearly all of this debt growth has occurred in one sector. The household sector contracted by more than $1 trillion. The financial sector contracted by $3.4 trillion. State and local governments have remained flat. While corporations have added $1.1 trillion in new debt, nearly all of it was borrowed during 2011 and it is dwarfed by the $5.6 trillion in new loans taken out by the federal government since the crisis began. The magnitude of this borrowing can perhaps be best understood by noting that when the crisis began in the second quarter of 2008, total outstanding federal debt was only $5.3 trillion. In order to provide 168 percent of the $3.3 trillion in debt growth (and $1 trillion in GDP growth), the federal government had to literally double its debt.

The ongoing collapse of the European Union suffices to demonstrate that governments cannot indefinitely stave off the depressionary effects of private debt-default. Nor is the Eurodebacle the only sign that the next phase of the global depression is about to begin. In the first quarter of 2012, household sector debt declined 2.83 percent, more than four times more than any previous quarter. Since college loans were the only portion of household sector still growing, the end of the education bubble should serve as the red flag that the federal government will have to either double its debt spending again or finally give up on its futile strategy of attempting to purchase meager GDP growth by substituting public sector debt for private sector debt.

In "The Return of the Great Depression," published in 2009, I wrote that the debt/GDP ratio would have to fall from 3.75 to 1.5 before long-term economic growth could be expected to begin again. Thanks to the determined efforts of the Bush and Obama administrations to prevent that ratio from falling, to date it has only declined to 3.48. This suggests that we are presently only about one-tenth of the way through the Great Depression 2.0. Like Herbert Hoover, Obama has attempted to fight economic gravity with the federal pocketbook. And like Herbert Hoover, he has failed due to the inability of his economic advisers to understand that the qualitative debt delta is much more economically important than the quantitative GDP delta. 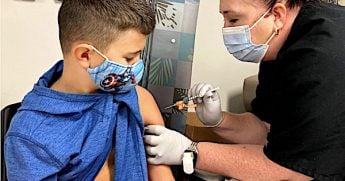