Dozens of members of Congress have signed up to back a challenge to Obamacare's mandate that employers provide contraceptive services – including abortifacients – to employees under their health care programs.

That requirement has been imposed even on employers whose religious faith forbids their participation in the deaths of unborn infants.

A number of lawsuits have been filed over the issue, one federal judge already has halted enforcement against a Denver company, and the government voluntarily has waived enforcement for now in a case brought on behalf of a Michigan company.

Now the American Center for Law and Justice is representing 79 members of Congress with amicus briefs filed in 12 separate lawsuits brought by more than 40 Catholic organizations suing over the requirement.

Edward White, senior counsel for activist legal team, said, "It is essential to defeat the HHS mandate. The mandate devastates the religious freedom of all employers seeking to comply with their religious beliefs."

In the briefs submitted in the cases backing the Catholic organizations, the ACLJ opposes the federal government's motions to dismiss the 12 lawsuits. The briefs were submitted with requests that the courts accept them for filing.

Joining the ACLJ in the filings were:

The briefs explain the mandate runs counter to America's long and proud tradition of accommodating the religious beliefs and practices of all its citizens. The briefs contend that the mandate imposes an unconstitutional burden on individuals and organizations, who firmly oppose having to subsidize, provide, and/or facilitate activities and services that are contrary to their religious beliefs.

The documents have been posted online.

Just hours earlier, it was announced that Alliance Defending Freedom attorneys filed another federal lawsuit against the Obama administration on behalf of two evangelical Christian colleges: Grace College and Seminary in Indiana and Biola University in California.

It was the latest to challenge the administration's mandate that faith-based employers provide insurance coverage for abortion-inducing drugs at no cost to employees regardless of religious or moral objections.

"Christian colleges should remain free to operate according to their deeply held beliefs. Punishing religious people and organizations for freely exercising their faith is an assault on our most fundamental American freedoms," said Alliance Defending Freedom Senior Counsel Gregory S. Baylor. "This mandate leaves religious employers with no real choice: you must either comply and abandon your religious freedom and conscience, or resist and be taxed for your faith. Every American should know that a government with the power to do this to anyone can do this – and worse – to everyone."

"The Obama administration's mandate forces us to act against our own doctrinal statement, which upholds the sanctity of human life," said Biola University President Barry H. Corey. "It unjustly intrudes on our religious liberty as protected under the U.S. Constitution and makes a mockery of our attempts to live our lives according to our faith convictions, time-honored and long protected."

Also this week, the the American Center for Law and Justice filed a request for an injunction halting application of the mandate against a Missouri company.

The brief argues that the government already has determined that the mandate is a "burden" on religious rights.

"In a press release issued on Jan. 20, 2012, announcing the finalization of the mandate and the temporary safe harbor period for nonprofit entities that object to contraceptive services, defendant [Health and Human Services Secretary Kathleen] Sebelius opined that the temporary reprieve 'strikes the appropriate balance between respecting religious freedom and increasing access to important preventative services.'

"Subsequently, in a press release issued on July 31, 2012, Sebelius stated that 'the Obama administration will continue to work with all employers to give them the flexibility and resources they need to implement the health care law in a way that protects women's health while making common-sense accommodations for values like religious liberty.'"

The legal brief, filed in U.S. District court for the Eastern District of Missouri, continued. "The defendants cannot make a straight-faced argument in this litigation that the mandate does not impose a substantial burden on the exercise of religious beliefs. Indeed, the defendants have postponed for a year the application of regulations that purportedly advance a compelling governmental interest solely because of the burden the defendants themselves recognize that these regulation impose on the exercise of religion.

"Clearly, nothing but a burden of a 'substantial' nature could justify such a postponement," the brief said.

The injunction request was filed on behalf of Frank R. O'Brien and O'Brien Industrial Holdings LLC, a company based in St. Louis. O'Brien is chairman of the company that explores, mines and processes raw materials, exporting to 40 nations.

The Michigan case is being pursued by the Thomas More Law Center on behalf of Ann Arbor, Mich.-based Weingartz Supply Co. and Legatus, the nation's largest organization of top Catholic business leaders.

In the most recent filing there, attorneys for Weingartz said the Obama administration either doesn't care about or doesn't like Catholics so much it is forcing them to choose between their beliefs or the federal law,.

"The defendants offer numerous secular and even religious exemptions to the HHS mandate, but fail to offer the same respect to the Catholic beliefs of the plaintiffs – showing that defendants either care so little about those professing Catholic beliefs that they will not be bothered to address their concerns or showing that defendants are patently discriminating against and disrespecting those holding Catholic beliefs," said the brief filed this week in support of a preliminary injunction that would protect the plaintiffs while the case moves through the courts," the filing said.

There, the government has waived application of the requirement because of the court case.

And leaders of of a multitude of religious-advocacy groups are warning of the Obamacare contraception mandate consequences for business owners of faith:

Poll shocker: You won't believe how many pastors actually have a biblical worldview 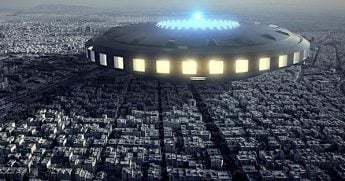