Reports indicate that there were several instances where Faaruuq was captured on video voicing support for terrorist organizations.

The video also is online.

Islam analyst and Atlas Shrugs publisher Pamela Geller says it's likely not a matter of Northeastern "getting it right."

"Northeastern is definitely covering their backside. The university would never have cared about this if it hadn't received negative attention," Geller said.

Northeastern University has not responded to WND’s request for comment on the issue.

Geller adds that although Northeastern University has the most vocal Islamic student organization, the university's action is for public relations purposes.

"They got caught. It is only because of the public pressure and negative publicity," Geller said.

WND reported in June 2010 that even while Faaruuq preached jihad at the Islamic Society of Boston mosque, Gov. Deval Patrick appointed Faaruuq to teach a class on diversity to state employees.

At the time, after vowing to eliminate racial profiling and guaranteeing Muslims their civil rights, Patrick, a Democrat, hugged Faaruuq at the meeting with more than 1,000 Muslims at the Muslim American Society-affiliated mosque at Boston's Roxbury Crossing.

An Americans for Peace and Tolerance camera crew was on hand and secretly video-taped Faaruuq's jihad-promoting sermon and Gov. Patrick's hug.

In several talks around the Boston area, Faaruuq voiced support for the release of convicted al-Qaida supporter Aisha Siddiqui.

He's also called for the release of Tarek Mehanna, the Boston-area Muslim convicted for attempting to acquire weapons to carry out terrorist attacks.

WND reported in October 2009 that Mehanna boasted of his terrorist connections.

However, in an interview with WND, Faaruuq said he knew Mehanna and didn't believe the Boston area Muslim would participate in jihad.

"I knew Mehanna when he was a younger man. He was from a good family and never was a source of trouble," Faaruuq told WND.

"He was well disciplined and never showed any inclination to do anything illegal," Faaruuq said. 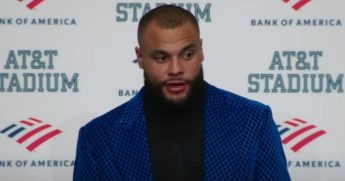