WND's exclusive report by Reza Kahlili, a former CIIA agent in Iran's Revolutionary Guard, that a key Iranian nuclear facility was devastated by an explosion last week was confirmed by Israeli intelligence officials speaking to the Times of London.

Then Tel Aviv sources for The Australian did the same thing, and the Missing Peace organization in the United Kingdom, citing Ali Reza Nourizadah of the Centre for Arab and Iranian Studies in London, provided details.

Nourizadeh, a commentator for Deutsche Welle and the Voice of America with an extensive network of contacts in Iran, said the explosion caused relatively little damage to the uranium enrichment facility itself. But the blast has blocked the entrance to Fordow, he confirmed, and more than 200 personnel are trapped in the plan.

The White House, however, dismissed the WND story.

"We have no information to confirm the allegations in that report, and we do not believe the report is credible," press secretary Jay Carney said during his White House news briefing today.

He had been asked: "There were weekend reports of a very significant explosion at a nuclear facility in Iran – Fordow; Fordow is the name of it, near Qom. And I wonder if you have anything that you can relay to us about what the U.S. government does or does not know about that."

Press about whether there was an explosion of any kind, Carney repeated himself.

"Correct, at the Fordow facility. We don't believe those are credible reports. We have no information that would confirm them and do not believe that those reports or that report is credible," he said.

The Missing Peace report said Nourizadeh confirmed that "since the blast, the city of Qom, where Fordow is located, has been encircled by forces of the Iranian Revolutionary Guard."

He also said the regime arrested between eight and 12 Iranian journalists who where accused of collaborating with foreign media.

Nourizadeh said local journalists have been responsible for leaking information about the incident in Fordow. Their computers and other equipment has been confiscated, he said.

The Australian's sources said the Israeli government is investigating reports that the explosion led to extensive structural damage and 200 workers were trapped inside.

The paper said Israel believes the Iranians have not evacuated the surrounding area.

It's unclear whether that is because no harmful substances have been released, or because Tehran is trying to avoid sparking panic among residents."

A German newspaper also confirmed its own source in Tehran reported the explosion and that Iran is trying to keep the news under wraps.

WND's exclusive report revealed an explosion last Monday deep within Iran's Fordow nuclear facility destroyed much of the installation, trapping scores of people, including scientists and workers, many of whom are foreign nationals.

According to a member of the security forces at the site, both elevators and the emergency exit had collapsed, and the regime feared loss of lives due to possible radiation after the explosion.

The information came through Hamidreza Zakeri, a former member of the regime's intelligence ministry.

Get the inside story in Reza Kahlili's "A Time To Betray" and learn how the Islamic regime "bought the bomb" in "Atomic Iran."

The Iranian regime further believes the blast was sabotage and the explosives could have reached the area disguised as equipment or in the uranium hexafluoride stock transferred to the site, the source said. The explosion occurred at the third centrifuge chambers, with the high-grade enriched uranium reserves below them.

The site, which is about 300 feet under a mountain and immune to airstrikes and most bunker-buster bombs, is the Islamic regime's main site, with its more than 2,700 centrifuges to enrich uranium to the 20 percent level, raising international concern about Iran's nuclear bomb program.

WND's Jan. 24 report on the sabotage was covered internationally Sunday with Israeli Acting Defense Minister Avi Dichter stating, "Any explosion in Iran that doesn't hurt people but hurts its assets is welcome."

Israel's biggest daily, Yediot Ahronot, led its Sunday paper with the headline "The most significant incidence of sabotage in the Iranian nuclear program to date."

As reported by Globes Online of Israel: "Yediot Ahronot cites U.S. conservative website 'WND' as reporting … that former Iranian Republican Guard commander Reza Kahlili, recruited by the CIA and who defected to the U.S., claimed that Iranian sources reported a huge explosion last Monday at Fordow's centrifuges room. They claim that the explosion destroyed a significant portion of the facility and that 240 workers were trapped underground."

Sources in the Islamic regime previously have revealed exclusively to WND the existence of: 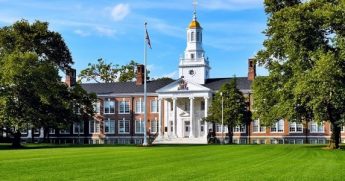