(DAILYMAIL) — Holding a blade to his own throat, this was the moment a knifeman brought chaos to the Changing of the Guard ceremony at Buckingham Palace yesterday.

Talhat Rehman, 54, of Harrow, has been charged with possessing a bladed weapon in public and affray, and will appear at Westminster Magistrates Court today.

The middle-aged man walked through crowds of tourists clutching two large kitchen knives before police surrounded him and used a Taser stun gun to disarm him.

As a policeman shouted a warning call of ‘Taser, Taser, Taser’ to his colleagues, the knifeman allegedly lunged forward, brandishing a six-inch blade in a series of swipes, before falling to the floor as he was stunned by the electrical charge.

WND News Services
These reports are produced by another news agency, and the editors of WND believe you'll find it of interest.
Test for administration: Can Trump's 'historic results' be replicated?
Disney to lay off 32,000 workers as coronavirus devastates theme parks
1 Biden dilemma: 'Poisoning' talks with GOP or 'frustrating' his activists
List details federal jobs stripped of extraordinary protections
Astonishing cruise line losses, no end in sight
See more... 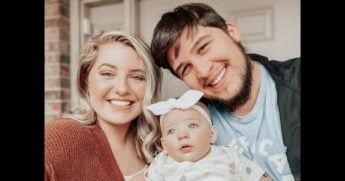 Test for administration: Can Trump's 'historic results' be replicated?