As the U.S. Supreme Court hears arguments two key same-sex marriage cases, a prominent member of the establishment media already is delivering her own verdict.

She made the comments at a fundraiser held Thursday night by the National Lesbian & Gay Journalists Association in New York City.

Peter LaBarbera of Americans For Truth asked Brewer if she had considered that the media may not be giving fair coverage to opponents of " same-sex marriage.

"You know what's so funny about this? When we're talking about racism, nobody ever says, 'Do you think there's fair coverage for racists?' That's my feeling about the matter. I think that there's a difference between being objective and being fair. And sometimes wrong is wrong, and the right thing to do is say when it's wrong," she replied.

LaBarbera countered: "A lot of Christians, for example, think that racism is a sin, but they also think that homosexuality [is a sin]."

Brewer responded: "You know what I say? I grew up as the daughter of a Baptist preacher, and you know what my answer always is? If you think it's wrong, then don't do it. Thank you."

She promptly walked away.

Brewer is a former MSNBC anchor who now hosts a weekend show on the cable network, regularly contributes to NBC and recently joined New York's WNBC as an anchor.

"We are not an advocacy group," said NLGJA president Jen Christensen of CNN.

"But the entire evening was advocacy. There was no pretense of being even-handed in covering the homosexual rights movement, of which they are clearly a major part," said Cliff Kincaid of Accuracy in Media and America's Survival, who covered the event.

"This was not just an event where journalists 'came out of the closet' for homosexual rights; it was a fundraiser for the cause. Our media paid big money to participate as sponsors and hosts," added Kincaid, who videotaped the exchange between Brewer and LaBarbera. Natalie Morales of the NBC "Today" show hosted the event and described the establishment media's treatment of "gay" issues.

"Many of us here in this room – the media – we are responsible for opening the world's eyes to these issues and the stories that have brought about such change," she told the crowd.

"When you think 18 years ago when this organization was founded – think of where the country was back then. And now, 50 percent – according to the Pew poll that we talked about on the news today – support gay marriage, and ... some other polls put that number even higher. [This] reflects a change in attitudes in this country."

Morales noted numerous developments in just the past year, including "the repeal of the military's ban on gays and lesbians, the widening support for same-sex marriage."

"The world seems to be evolving slowly but surely – from the president changing his position [on same-sex marriage] last year, to most recently this week ... former Secretary [of State Hillary] Clinton now saying gays and lesbians are full and equal citizens and deserve the rights of citizenship. And last week of course Republican Senator Rob Portman said he now supports gay marriage because he wants his son, who is gay, to have the same rights to love equally. I mean this of course is 2013 but it is happening," she said.

Morales replied: "I think what's happening here is this is a new civil rights movement. I mean I think clearly … I believe that gays have as much equal opportunity as we all should have. And I believe that they should be allowed to get married and love equally … But I don't think everyone else has to believe how we believe. ... I think there is a freedom of speech in this country and a freedom of free thought."

There may be two sides to the story, but Brewer indicated which side she prefers. Before speaking with LaBarbera, she told the celebrity gossip TV show "Extra," "I think it's so important to embrace equality ... and I've been a strong supporter of gay rights, same-sex marriage and privacy – politicians on both sides of the aisle [are] finally coming out and saying what should have been said decades ago: that everyone has the right to love who they choose and marry who they choose."

Kincaid observed: "The nature of the bias is evident for everyone to see, however, the bias will take another turn, as journalists will ignore the evidence that the major media have taken one side of the debate. What is significant is the lack of any real major media opposition to this bias.

"Even though this event featured all kinds of media celebrities, you will not find the media reporting on themselves, because it would blow their cover – and blow the whistle on the bias they are implementing on a day-to-day basis," he wrote.

LaBarbera said, "This event, like previous ones I had attended, had a 'gay advocacy' rather than journalistic feel to it.

"Past NLGJA events have featured homosexual journalists — including some working for major media outlets –denigrating pro-family opponents of 'gay rights,' and making analogies between covering them and covering hateful racists much like Brewer's tendentious claim," he added.

"It should be noted that many advocates of homosexual 'marriage' and other aspects of 'gay rights' – both homosexuals and non-homosexuals alike — reject this extreme characterization of pro-family voices," LaBarbera observed.

Both Morales and Gayle King, co-host of "CBS This Morning" and close friend of Oprah Winfrey, told him "they dispute the idea that opponents of homosexual activism and same-sex marriage are in a league with racists, as Brewer alleged."

But in her remarks Thursday, Morales did indicate the event was linked to political developments.

"We are at a turning point. I mean could this event be more perfectly timed? ... Next week the Supreme Court will start to hear arguments on two major cases addressing gay rights: of course Proposition 8 (California law), and the Defense of Marriage Act. This is an issue at the forefront of our nation's collective conscience right now, and making headlines all over the world," she noted.

The Supreme Court heard arguments today on the constitutionality of California's Proposition 8, which defines in the state constitution marriage as a relationship between one man and one woman. Tomorrow, the court will consider the 1996 Defense of Marriage Act, which forbids the federal government from recognizing same-sex marriages. 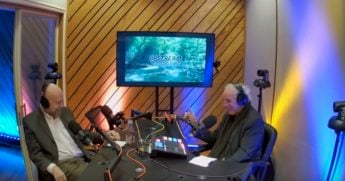 Whatever happened to 'Mayberry R.F.D.'?